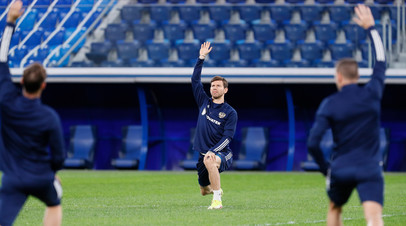 Russian midfielder of CSKA Moscow Ilzat Akhmetov did not fly to the team’s first winter training camp in Campoamor.

As reported on website army men, the midfielder will join the team after undergoing a routine medical examination.

The first camp also misses the team winger Chidera Ejuke, who is in the Nigerian squad’s location in the African Cup.

After 18 rounds, the army team occupies the fourth place in the standings of the Russian Premier League, gaining 30 points.

Previously reportedthat Lille and CSKA are negotiating for Yusuf Yaziji.