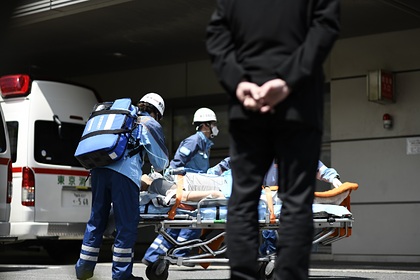 A student armed with a knife at the University of Tokyo attacked several people, transmits NHK channel.

A high school student came to one of the most prestigious educational institutions in Japan to take entrance exams. On Monday, January 15, the Hongo campus of the University of Tokyo was supposed to pass an entrance exam with the participation of 3.7 thousand people. The test began at 09:30 local time (at this time in Moscow it was 03:30)

At some point, the applicant pulled out a knife and massacred. He wounded three people: a 70-year-old man was injured, as well as a young man and a girl. All victims were hospitalized. They are conscious, but there is no data on their condition.

The 17-year-old offender was arrested. Law enforcement agencies in Japan opened a criminal case on the fact of attempted murder. The police work in the building of the university.

In October 2021, two people in the Japanese capital were injured in an attack by a 45-year-old man armed with a knife. The incident took place on Ueno railway station.

The traffic police postponed the issuance of rights and registration of cars for a day due to a failure: Society: Russia: Lenta.ru