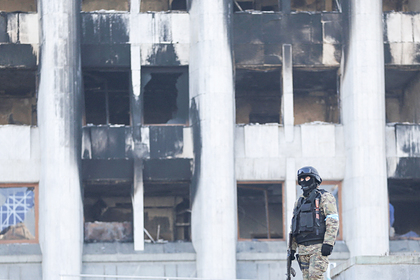 In the countries of the former USSR, there is a possibility of mass riots according to the Kazakh scenario, the political strategist suggested Marat Bashirov in conversation with “Lentoy.ru”. According to him, new unrest in Kazakhstan is impossible in the near future.

Bashirov assessed the likelihood of a recurrence of protests in Kazakhstan as rather insignificant. According to him, Tokayev managed to take full control of law enforcement agencies by placing his people everywhere. Now, not only the highest ranks, but also ordinary security officials have no doubt that it is he who will continue to lead the country. This became especially clear after the arrival of the CSTO peacekeepers, Bashirov is sure.

This story is very different from all the others that seem to be similar. Such as in Georgia, Belarus, Ukraine

“Firstly, the protests here were not very well prepared. And secondly, the country’s leadership has taken rather non-standard actions. If we remember, then Yanukovych hesitated for a very long time before reacting to the actions on the Maidan, ”said the political strategist.

The same thing happened in Belarus, Bashirov believes. There, Lukashenko did not believe for a long time that there would be real unrest, the political strategist noted. According to him, the head of Belarus began to take systematic actions only two or three days after the start of the protests – when he realized that the security forces were beginning to go over to the side of the people and that there was a real threat of seizing government bodies and key infrastructure facilities.

“The second is even more important. Because the one who manages life support also manages cities,” Bashirov emphasized.

Risks in the countries of the former USSR

Bashirov believes that protests in the countries of the former USSR are still possible. True, not according to the Ukrainian or Belarusian, namely, according to the Kazakh scenario. According to the political strategist, many radical Muslims took part in the riots there.

“There are a huge number of people who underwent combat training in Syria and Afghanistan, returned to their homeland and are now in such sleeping cells, potentially capable of making a serious rustle in any republic. An important factor here is the fact that the Americans left Afghanistan, as a result of which the entire intelligence system was destroyed. Nobody knows what is happening inside the region,” the political strategist believes.

The danger of radicalism here, according to him, is in another principle of governance, which is focused on the opinion of the leaders of the teips.

“When we talk about Putin, Mishustin, Matvienko, Volodin, we understand that they are not members of our community, family, teip, clan. They are simply people who have legitimate rights to make regulatory decisions based on the law. For Muslims, a certain religious leader can express his opinion on social protests, and it is this, and not the law, that people will be guided by,” Bashirov said.

Protests in Kazakhstan started January 2 due to a sharp increase in gas prices for cars. The economic demands of the protesters were quickly replaced by political ones, in particular, about the departure of the former president of the country. Nursultan Nazarbayev from politics. Mass riots broke out, attacks by marauders were recorded in a number of cities.

In the UK, a new variety of omicron-strain of coronavirus was reported Russian news EN