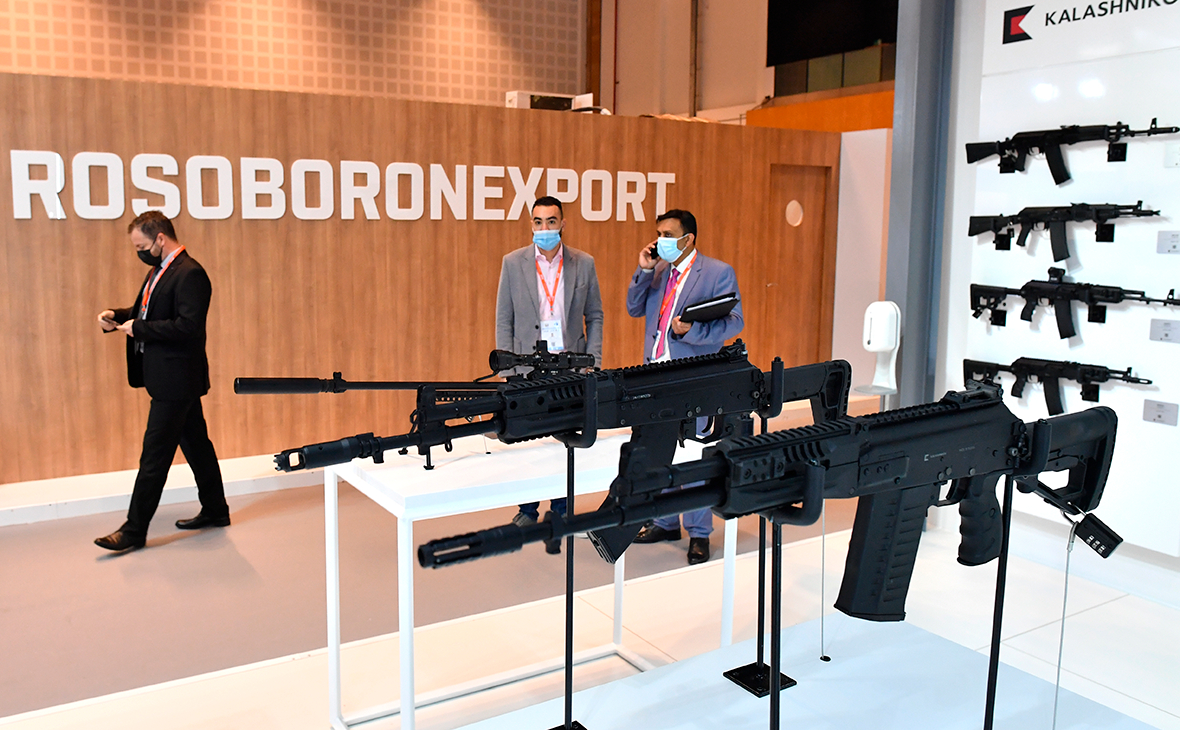 RBC sent inquiries to Rosoboronexport, the Indian Embassy in Moscow and the Indian Ministry of Defense.

It is assumed that the contract for the production of machines will be signed during the visit of Russian President Vladimir Putin to New Delhi, Janes writes. An RBC source familiar with the preparations for the visit said that Putin’s meeting with Indian Prime Minister Narendra Modi could take place on December 6.

Since New Delhi had a request for an urgent supply of assault rifles, under the contract, Kalashnikov will supply 70,000 assault rifles, and the remaining 610,000 will be assembled in India, wrote the Indian edition Times Now in November, and this is confirmed by RBC’s source in the defense industry. “Russia has gone to an unprecedented high level of localization and speed of technology transfer,” he said, adding that with 100% localization, the price will be $ 930 per unit (in dollar terms). The Indian joint venture will reach the level of 70% localization within 32 months from the date of the transfer of the advance payment from the Indian Ministry of Defense to the manufacturer, says an interlocutor in the defense industry.

The fact that within two to three years it will be possible to reach the level of 70-80% of localization, and later to reach 100%, can be considered positive, emphasized the director of the Center for Analysis of Strategies and Technologies Ruslan Pukhov. “In contrast to the same Russian-Indian joint venture BrahMos Aerospace, where 100% localization may not be achieved very soon, here it will be possible to“ indionize ”the machines very quickly, to make them 100% Indian. This will certainly be a very serious success for Prime Minister Modi with his slogan Make in India – RBK) “, – concluded the expert.

India is consistently among the five largest buyers of Russian arms, it follows from indirect data from the Federal Customs Service. So, the export of goods of the SSSS category (hidden sections of customs statistics, which include, among other things, weapons, ammunition, aircraft and helicopters) from Russia to India in 2020 made up $ 666.5 million, for nine months of 2021 – about $ 608 million.In 2018, such hidden supplies to India from Russia reached $ 1.2 billion.

In July 2019, the agency Bloomberg reportedthat Russia and India have agreed to transfer payments for the supply of Russian arms to rubles. This was necessary to protect the deals from US sanctions, which affected the state export agent Rosoboronexport and Russian arms manufacturers. CAATSA, signed by the President of the United States in August 2017, threatened foreign companies and organizations with sanctions for cooperation with the Russian defense sector (and there have already been such precedents: sanctions imposed against one of the Chinese military departments for the purchase of Su-35 fighters, and sanctions against the Turkish defense authority for the purchase of S-400 systems).

In the joint venture for the production of AK-203 assault rifles, a controlling stake (50.5%) belongs to the Indian side, while Rosoboronexport and the Kalashnikov concern (both are under strict US sanctions prohibiting payments in dollars) – 49.5% , reported Indian Ministry of Defense in 2019. This means that the joint venture is not blocked by the Americans (for this, the sanctioned persons should have had at least 50%). But the risks of secondary US sanctions for cooperation with Rosoboronexport or Kalashnikov theoretically exist. At the end of October 2021, several US Senators called on The US State Department will not impose sanctions on India for the purchase of the S-400 Triumph systems, which Russia began supplying to India in November.

The risk of Indo-Russian Rifles Private Limited falling under US sanctions is minimal, Pukhov is sure. “Firstly, because more than 50% of the joint venture belongs to Indians, and secondly, because the Americans are not interested in radicalizing the Indians and repelling them in their cold war against China,” the expert explained. He recalled that the United States did not impose sanctions under the CAATSA law against India, unlike Turkey.

India’s order portfolio for Russian military equipment and weapons exceeds $ 14 billion, spoke in february Deputy Director of the Federal Service for Military-Technical Cooperation of Russia Vladimir Drozhzhov. Currently, the Indian Armed Forces are 70% equipped with Soviet / Russian-made weapons, it says on the site Rosoboronexport. In 2015, India announced its intention to purchase Russian S-400 air defense systems. The contract for the supply of five regimental complexes of the S-400 Triumph systems worth $ 5.43 billion was signed during the visit of Russian President Vladimir Putin to India in October 2018. Delivery of the first regimental set of these systems planned by the end of 2021.

The omicron strain has been declared a threat by WHO. Topical about the pandemic on November 27 – RBC