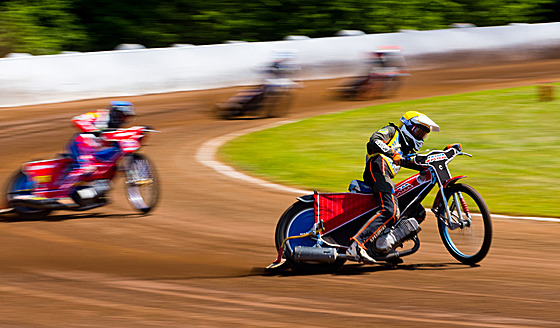 Junior Jan Kvch was the best echo in the race, who won one of the five heats and finished second twice. In the eighth place, seven points went to the home number one Vclav Milk, his maximum was one second place and he finished second twice. Substitute Petr Chlup only played the first round of the evening and did not score.

tyiaticitelet Madsen became the European champion for the second time after 2018 and secured his place in the fifth round of the elite Grand Prix series. In the previous two years, he was second in the continental ampiont, in 2019 he was third.

The flat track weekend started in Pardubice with the premiere of the European championship in Pardubice, which will continue on Saturday with the races of the world champion in flat track and the Golden Ribbon Junior tradition. On Sunday, the 74th ronk Zlat pilby is on the program.