Daily in Austria fixed from 10 thousand to 16 thousand cases of coronavirus infection, on November 21, 15,208 people were diagnosed with the disease, 31 people died. At the moment, the country is completely vaccinated 64.4% of the population. In terms of seven-day morbidity per 100 thousand people, nine-million-strong Austria significantly outstrips other European countries, recording about 1000 cases of infection per 100 thousand inhabitants every week. Germany, which is the absolute leader in the total number of cases of COVID-19, for this indicator does not even reach 400 cases per week.

Belgium and the Netherlands – non-peaceful protests

The police officers in Brussels, unlike their Austrian colleagues, had to to apply water cannons and tear gas against demonstrators as they veered off an earlier agreed route, Politico reported. According to Euronews, the demonstrators also started throwing representatives of law enforcement agencies with stones, set fire to garbage cans and destroy cars. In total, according to the police, in the Sunday action called “Together for Freedom” took part about 35 thousand people. They opposed the restrictions that came into effect over the weekend, requiring remote work four days a week and the requirement to wear masks in public places for all residents aged 10 years and older, and for students not only indoors, but also outdoors in class time. Previously, this requirement did not apply to vaccinated persons.

In total, 75% of the population has already received two doses of the vaccine in the country, which is one of the highest rates in the European Union (the average is 65%). Every day in Belgium, from 8 thousand to 15 thousand new cases of coronavirus are recorded, while the daily death rate does not exceed 50 people. Since November 21, the country has been classified as a high-risk zone.

In the Netherlands, protests began on Friday night and lasted for three days. The most violent clashes with the police observed in Rotterdam. There, the police used special means, as the demonstrators threw stones at them and set fire to cars. The mayor of the city, Ahmed Abutaleb, described the incident as “an orgy of violence.” As a result of the clashes, three seriously wounded people were hospitalized, 51 people were detained. The rest of the troublemakers are searched for on the basis of video recordings from city surveillance cameras. Violent clashes between demonstrators and the police were also recorded in The Hague and cities in the province of Limburg. In Amsterdam, the protests were peaceful.

Partial lockdown in the Netherlands was introduced for three weeks from 13 November. All catering establishments in the country and non-essential goods stores close at 18:00, most residents are transferred to remote work. Daily in the country fixed about 20 thousand new cases of coronavirus disease. On November 21, 21,794 people were infected, 55 died. In the Netherlands, 68.7% of the population is vaccinated. 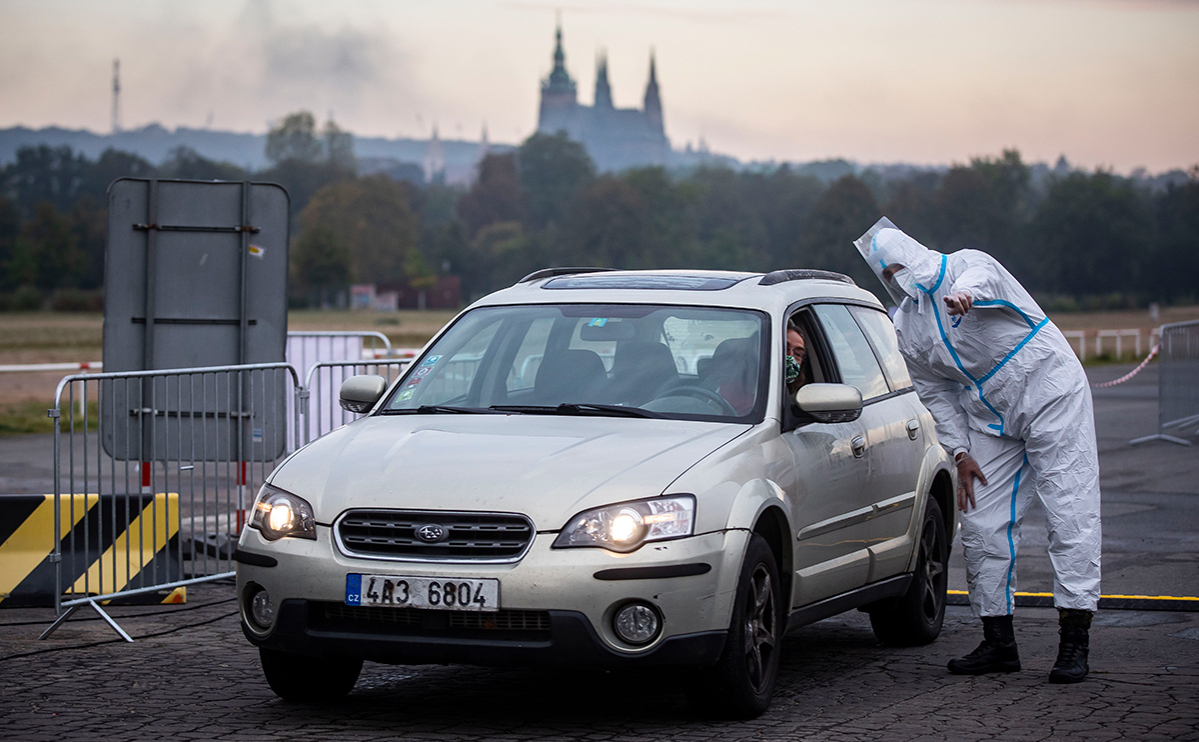 Acting Chancellor Angela Merkel stated on Monday that the current spread of coronavirus infection in the country is much worse than what Germany has seen before and called the situation “extremely dramatic.” According to her, many Germans do not understand the seriousness of the current situation and vaccination may not be enough to resolve it. She called on the heads of 16 federal states to strengthen measures to combat the pandemic this week. At the moment, lockdown has been introduced only in Saxony, where the seven-day morbidity rate reaches almost 1000 people per 100 thousand inhabitants. Bayern is also preparing to tighten restrictions.

On Friday, Merkel held a meeting with the heads of the federal states, at which it was decided to introduce the “2G rule” if the seven-day incidence exceeds the acceptable threshold. In addition to those vaccinated and ill, those who have an up-to-date test for coronavirus with a negative result will be able to visit public places. It was also decided to introduce compulsory vaccination for medical staff. Along with this, the Bundesrat (upper house of parliament) approved amendments to the law on epidemiological protection, which provides access to all public places, including transport, according to the “rule of 3G” for residents of the country, who can provide a certificate of a past disease, vaccination or a negative test for coronavirus. 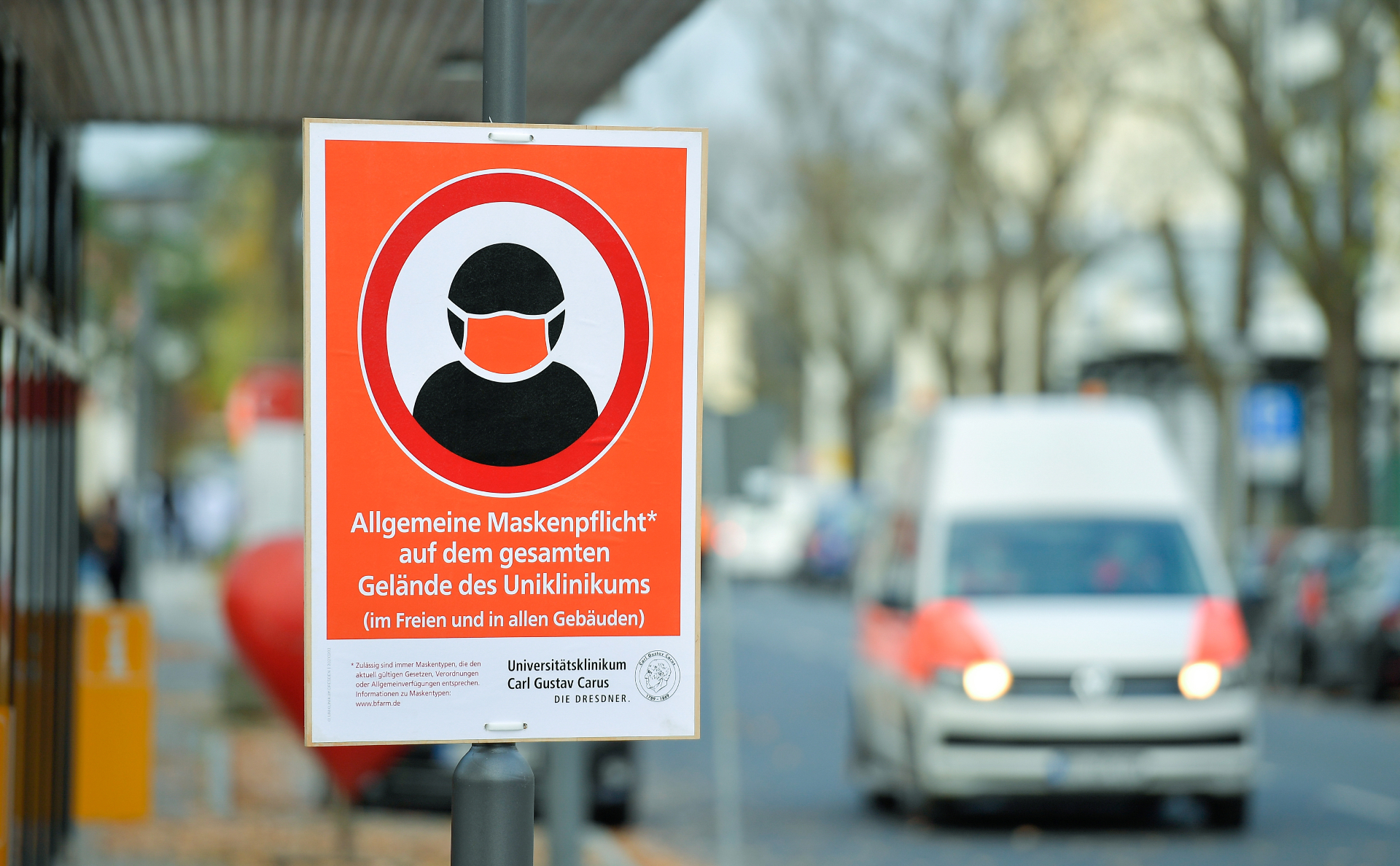 Protests were also held in Italy over the weekend. The most massive – in Rome, where on November 20, according to various sources, from three to four thousand participants gathered on the territory of the Massimo circus, who did not observe either social distance or the requirement to wear masks. The president of the municipal council of the central region of Rome, Lorenza Bonaccorsi, has already announced the intention to raise the issue of the inadmissibility of such events in the area of ​​historical monuments, which may interfere with the actions planned for the end of this week. 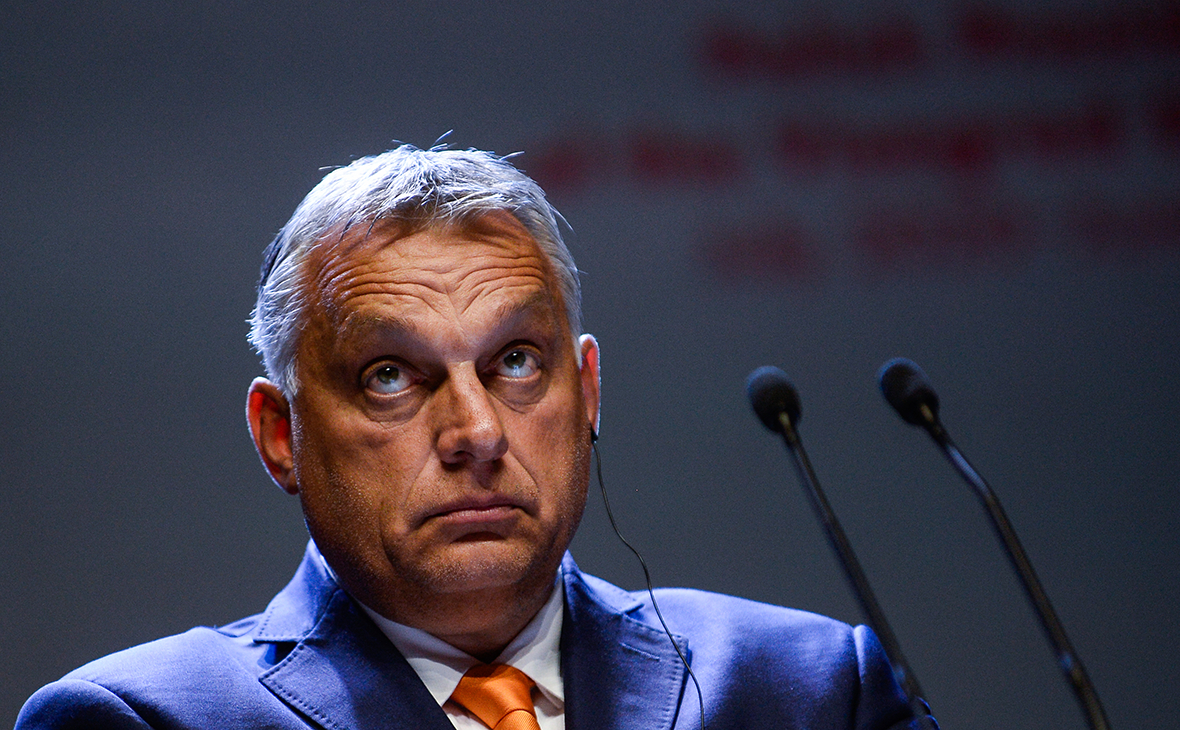 At the rally in Rome, the doctor Mariano Amici, who was suspended from work due to refusal of vaccination, as well as the former general and one of the leaders of the covid dissidents, Antonio Pappalardo, spoke at the rally. In total, 72.9% of the population are vaccinated in the country. “The government does not care about the health of citizens, but they need to be shown that there are dead in order to rule in a dictatorial style,” quotes Pappalardo’s speech Rai news. All deaths are counted as deaths from COVID-19, he said.

Actions of various kinds were also held in Turin, Genoa, Trieste, Bologna, Naples. “Mandatory vaccination is a necessity, not just an option. How many more have to die, just for someone to be convinced that there is no alternative to vaccination? ” – stated Governor of Sicily Nello Musumeci, supporter of the idea of ​​compulsory vaccination. It has not been introduced in Italy, but since mid-October for admission Italians must show a certificate that contains information on vaccinations, previous illness or negative covid test for workplaces, public access and intercity transport. According to independent Italian center GIMBE, which also uses government data, over the past seven days (as of November 18), there were 54 thousand new diseases in the country (an increase of 32%), in intensive care units, an increase of 14.3%. On November 21, 11,540 new cases and 49 deaths were recorded in the country.

The authorities of these two countries have not yet considered the possibility of introducing new restrictions, although in the UK scientists are studying the danger of a new subspecies of the delta strain – AY.4.2. Researchers from Imperial College London say that the number of cases with it is growing, and the strain itself may be 10% more infectious than delta, another feature of it is the almost asymptomatic course of the disease. writes The Independent… Prime Minister Boris Johnson said on Monday that the situation with the spread of the virus worries him, but so far he does not say anything about the need to re-introduce restrictions. In the country vaccinated 80.3% of residents. November 22 Ministry of Health reported on the identification of 44 917 new cases and 45 deaths.

French government spokesman Gabriel Attal on Monday announced the start of the fifth wave of the virus, which is going “at lightning speed.” He emphasized that the weekly increase in the number of infected people is now almost 80%, and the number of cases per 100 thousand of the population has grown from 100 to 164 in less than seven days. According to the portal 20 Minutes, if last Saturday, November 13, 9458 cases were detected in the country per day, then on November 20 – already 17,153. As of November 21, another 22,678 people were infected in 24 hours.


How is vaccination against COVID-19 in Russia going? Infographics

In mainland France, the weekend was calm, but in its overseas department of Guadeloupe on Sunday riots continued… Their participants, protesting against sanitary passes and mandatory vaccinations of medical personnel, blocked roads, burned fires in the middle of the streets and robbed shops.

The spread of the coronavirus Covid-19 in the world

Number of confirmed cases of infection

Agrarians affected by disasters in the Far East will receive ₽1.4 billion – RBK

Kopeysk authorities offered to perpetuate the memory of Gradsky – RBK