Gazprom applied to international arbitration for a retrospective revision of the price under the contract with the Polish company PGNiG for the period from November 2017. We are talking about the Yamal contract, which has been in force since 1996. At the same time, the company said that the Russian side remains open to finding ways to resolve the dispute through commercial negotiations.

The Russian company Gazprom confirmed the fact of applying to international arbitration to revise the price under the contract with the Polish company PGNiG.

“Gazprom export LLC and PJSC Gazprom initiated an appeal to international arbitration regarding a retrospective revision of the price terms of the gas purchase and sale contract with the Polish company PGNiG JSC dated 1996,” TASS quoted the company as saying.

The statement notes that the Russian side also remains open to finding ways to resolve the dispute through commercial negotiations.

In turn, the PGNiG report says that Gazprom demanded an increase in the price of gas supplies to Poland under the Yamal contract, but the Polish company considered this requirement unreasonable.

At the same time, Gazprom Export stated that it had previously sent a request to PGNiG to revise the price of natural gas supplied under the long-term Yamal contract from November 1, 2017. This agreement provides that Gazprom Export has a new right to demand the next revision of the price from November 1, 2020. The company also sent a corresponding request to the Polish side regarding this period.

Also on russian.rt.com
PGNiG warned of the risk of a severe winter in Europe due to the level of filling of underground storage facilities

It should be noted that in October 2021 PGNiG also sent an application to reduce the price of gas under the Yamal contract of 1996. At that time, the Polish company expressed the hope that the current market price could be taken into account in the renegotiation process.

Since the beginning of 2021, gas prices in Europe have increased several times. In particular, during the autumn trades, the price of fuel for a short time approached the mark of $2,000 per 1,000 m³.

Note that in the past, the Polish side has repeatedly demanded to revise the gas price under the current agreement. In particular, in 2012, PGNiG and Gazprom entered into an additional agreement, as a result of which Warsaw received a discount. However, in 2016, the Polish side filed another claim with the Stockholm Arbitration, insisting on another price change. 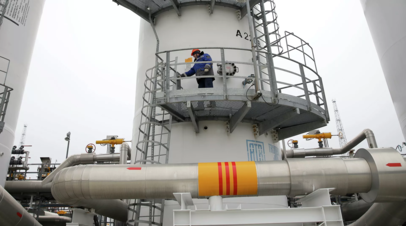 Russia can supply more gas to Europe, but this requires long-term contracts, since production growth has a long…

In 2018, an interim verdict was approved, according to which Warsaw received the right to revise gas prices under the Yamal contract. In 2020, the arbitration decided that the cost of fuel was overstated, Gazprom was ordered to pay $1.5 billion to the Polish side.

In addition, in 2019, PGNiG announced that it was not going to renew the contract with Gazprom after 2022. Warsaw confirmed these intentions in September 2021. Piotr Naimsky, Plenipotentiary Representative of the Polish Government for Strategic Energy Infrastructure, said that the country is completing the process of diversifying gas supplies.

He also recalled that in October 2022 the Baltic Pipe gas pipeline will come into operation, thanks to which, as Poland expects, the country will be able to receive gas from sources other than Russian.

Among other things, the Polish company PGNiG has repeatedly opposed energy projects in Europe with the participation of Russia, in particular, the Nord Stream 2 gas pipeline. In September, PGNiG received the right to participate in the certification of the trunk operator. The company stated that Nord Stream 2 AG, which performs these functions, does not meet the requirements.

In particular, in a statement, the head of PGNiG, Pavel Mayevsky, argued that the application for “certification according to the ITO model” filed by Nord Stream 2 AG “shows that the Swiss company is still striving to obtain regulatory privileges.”

He also said that during the certification process, PGNiG will strive to ensure that “the owner of Nord Stream 2 cannot avoid the application of requirements for separation of ownership, third-party access and transparent tariffs that take into account the cost of the entire pipeline.”

Along with this, PGNiG expressed its intention to prove that Nord Stream 2 AG “does not comply in form and substance with the requirements for a pipeline operator.” One of the claims in this regard concerned the “security of supply and the corporate structure of the company.”

Kafelnikov said that about the “strange inconsistencies” in the Djokovic case