How about Portuguese? Šilhavy will stay with three stoppers, but what about Kuchta if he has Schick 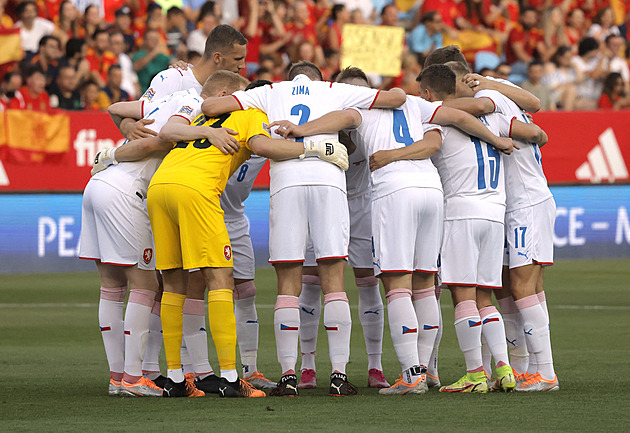 Will the national team start again with three stoppers?

Will the coach deploy two typical strikers, or will the center player be supplemented by wings?

The Czechia goes into the upcoming matches against Portugal and Switzerland almost at full strength, which has not been the case in recent months.

Patrik Schick, along with Cristiano Ronaldo the top scorer of last year’s European Championship, was absent due to health problems in both the March (World Cup playoff in Sweden) and June dates.

Antonín Barák missed four June matches in the League of Nations due to a broken little finger. Both are now fit.

If we don’t count the long-term injured stoppers Čelůstek and Kalas, only defensive midfielder Michal Sadílek, maybe even versatile Tomáš Holeš and stopper or midfielder Ladislav Krejčí Jr. are missing from the adepts for the starting line-up.

This is also why coach Jaroslav Šilhavý has pleasant worries this time.

Even though Jindřich Staněk performs exceptionally well for Plzeň and has the biggest share in the team’s sensational progress to the Champions League and the sovereign position in the Czech league, Tomáš Vaclík, the long-time representative number one, will most likely be in goal.

Whenever he played for the national team in the Śilhavé era, he did not disappoint. On the contrary, he always belonged to the best players of the team. His form and reliability do not indicate that Olympiakos is not doing well. Thanks to Vaclík, he at least qualified for the European League.

In all six international matches this year, the Czech team started in the basic formation with three stoppers. In the play-off in Sweden, in preparation in Wales and in June in the League of Nations.

“There is no reason to change it,” commented coach Jaroslav Šilhavý.

Jakub Brabec and David Zima have played all the matches in the calendar year 2022 so far. In their case, there is really no reason to change.

Václav Jemelka from Pilsen could be the third in the party, or the Spartan Jaroslav Zelený, who, with exceptions, starts in the center of the defense in the club. It was his name that Šilhavy mentioned as a possibility.

The stable defender Vladimír Coufal offers himself the position of so-called right wingback. Zelený can also play on the left, but the more likely option is Milan Havel, the coach may be surprised by Lukáš Masopust, who, however, feels better on the right.

Among the defenders, stopper Ondřej Kúdela is also nominated.

There is considerable overpressure in the reserve line. There are two spots for more defensive players. Captain Tomáš Souček will certainly be one of them. As a replacement for the injured Sadílek, typologically, Lukáš Kalvach is the closest.

But there is also a recovered Barák, who is an offensive type of midfielder. It would be a huge surprise if he wasn’t in the starting lineup.

If Šilhavý wants to have three central players on the field, there will be no room for one of the wings. In that case, he would have to adjust “his” formation from 3-4-3 to 3-5-2.

Or is it possible to play against the Portuguese with a very offensive line-up with Barák next to Souček and three attacking players?

Schick will not be missing at the tip. Václav Černý, who brought excellent form from Twente, or Masopust are offered on the right wing.

Adam Hložek is ready on the left, reliable Jakub Jankto and Adam Vlkanova in the national team, who made his debut in Portugal in June and is playing very well after his recent transfer to Pilsen.

“Jankto has been in the national team for a long time, he worked abroad for years, now he has decided to return. I know, by his standards, he does not have a dazzling form, but when he played for the national team, we could rely on him,” emphasized Šilhavý.

And what about striker Jan Kuchta? He struggled in Sparta at the beginning of the season, but in June in the League of Nations, the style of the national team suited him and he was the most dangerous Czech player for opponents.

“Kuchta showed at the last meeting that he can be a very valid player, and we rely on that,” commented Šilhavý.