White House chief Joe Biden called for a change in the rules of the Senate to bypass the Republican opposition and implement initiatives to reform the American electoral system. The President of the United States argues that these innovations will help to “prevent suppression” of voters’ rights. However, Republicans do not share Biden’s views, calling the initiatives of the president and other Democrats attempts to “seize control of the elections.” According to experts, if the Democrats still achieve the adoption of the electoral reform, the Republican Party may turn into “eternal opposition” without any possibility of returning power.

US President Joe Biden has called for changes to the rules of the Senate to bypass Republican opposition and implement initiatives to reform the American electoral system. He stated this during a speech in Atlanta (Georgia).

“We need to find a way to pass these suffrage bills, debate and vote. May the majority win. And even if the acceptable minimum (votes. – RT) will be blocked, we will have no choice but to change the rules of the Senate, including getting rid of the filibuster for the sake of this (the tactic of dragging out the discussion of the issue. – RT) “, – he said.

According to Biden, Republicans are not using the filibuster to rally the Senate, but to further divide it.

“Today I am making it clear that in order to protect our democracy, I support changing the rules in the Senate in any way necessary to prevent a minority of senators blocking a voting rights bill,” he said. 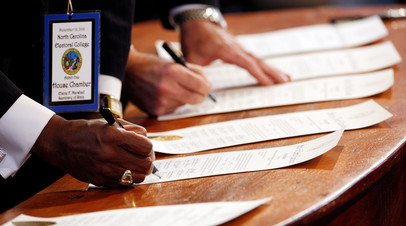 “The Democrats’ Blue Dream”: Why the USA Proposed to Reform the Electoral Legislation

Donald Trump has defended the institution of the electoral college. Earlier it was proposed to abolish by Senator Elizabeth Warren, who has already …

After that, the head of the White House called on Congress “to do what will be judged by history” – to pass the law “On freedom to vote” in order to “prevent the suppression” of voters’ rights. Let us remind you that the draft of this document was submitted for consideration to the upper house by Democratic Senator Amy Klobuchar in September last year.

The Law on Freedom to Vote is aimed against disruption of the electoral process and is designed to protect non-partisan observers who are in charge of elections and simply do their job from intimidation and interference. This will remove “dark” money from politics, create a more equitable territorial distribution and put an end to the “cutting” of constituencies in the interests of one or another party, “Biden said.

Also, in his opinion, the time has come to pass the law named after John Lewis “On the strengthening of voting rights.” His draft was submitted to the House of Representatives for consideration by the Democratic Congressman Terry Sewell in August last year, he passed the lower house. As Biden noted, this document will restore the force of the 1965 Voting Rights Act.

“Restoring the Voting Rights Act means the Justice Department can block discriminatory laws before they are passed,” added the US President.

In this context, Biden called voting by mail a “safe and convenient” way to get more people involved in the voting process.

At the same time, he stressed that the Republicans in the Senate oppose even the very discussion of these bills.

“Every senator and every American should remember that history has never been kind to those who advocated suppression of voters and opposed voting rights. She will be even less kind to those who support the undermining of the electoral process, ”said the head of the White House. 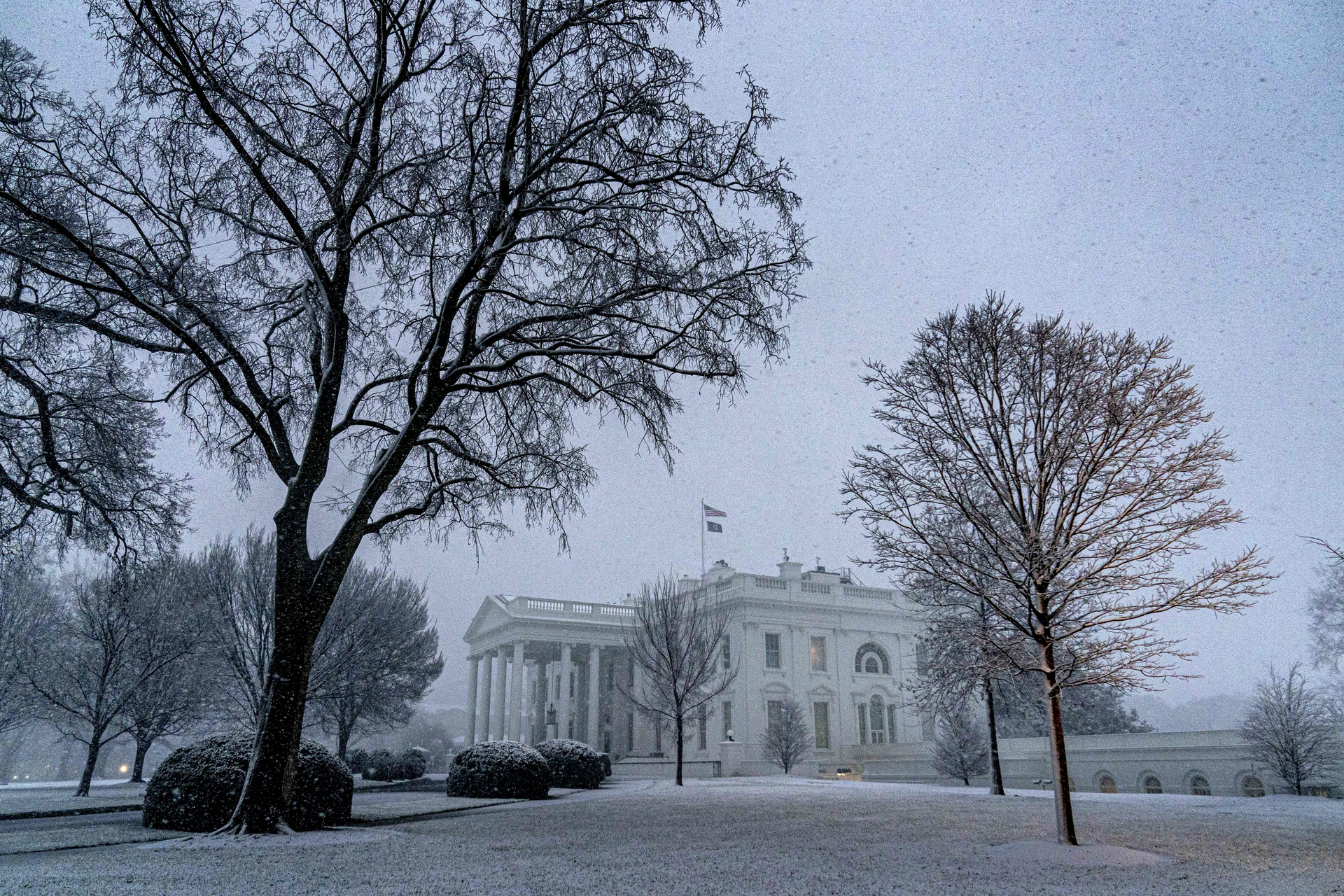 In Biden’s view, the administration is opposing “those forces in America that put power above principles in promoting voting rights initiatives.”

“The forces that attempted a coup … sowing doubts, inventing accusations of fraud and trying to steal the 2020 elections from the people,” the US president said. “They want chaos to reign. We want people to rule. “

In his speech, Biden recalled events January 6, 2021, when supporters of the 45th US President Donald Trump broke into the Congress building, intending to prevent the approval of the results of the November 3, 2020 presidential election, which was won by Biden. Trump supporters called the vote rigged. About this more than once stated and Trump himself.

In turn, Biden has repeatedly accused the ex-leader of the United States of encouraging unrest, and called the participants in the assault “internal terrorists.” After the events of January 6, 2021, hundreds of people were under investigation, whose cases are still pending.

Recall that the “Suffrage Act” of 1965, the norms of which is intended to restore the law named after John Lewis “On the strengthening of suffrage”, made it easier for black Americans to participate in political life in a number of states. In 2013, the US Supreme Court ruled unconstitutional one of its sections, requiring nine states and other administrative divisions that have experienced racial discrimination in the past to agree federal innovations that they intended to include in their electoral laws.

In turn, the law “On freedom to vote” simplifies access to voting. It, in particular, allows you to participate in the electoral process using mail and ahead of schedule. It is worth noting that the draft of this document was a response to the reforms of the Republicans in the electoral system after the 2020 elections. Suspecting fraud on the part of Democrats, some states have passed laws that make voting more difficult, including requiring identification documents.

This is not the first time Joe Biden has come forward with a proposal to amend the electoral law of the United States. Calling for this to Congress in July 2021, he said that the United States should unite “in a coalition of Americans of all origins and all party affiliations.”

In turn, Republicans have repeatedly criticized the Democrats’ initiatives related to electoral rights. For example, the head of the National Committee of the Republican Party Ronna McDaniel called them attempts to “seize control of the elections” and “blatant usurpation aimed at deceiving the system.” She also spoke out against the abolition of the filibaster.

Mitch McConnell, leader of the Republicans in the upper house, did not approve of the idea of ​​changing the rules of the Senate. result “.

It is noteworthy that some democrats did not support the initiative to abolish the filibuster. According to Democratic Senator Joe Manchin, getting rid of these tactics will not improve the work of the upper house of Congress.

“There will be more falsifications”

As recalled by American political scientist Malek Dudakov, talks about the need to reform the US electoral system have been going on for a long time, but these discussions intensified after Joe Biden came to power.

“Representatives of the Democratic Party will need 60 votes in favor in the Senate to approve electoral reforms. However, the Democrats lack that amount of support in the upper house, and the Republicans are determined. Therefore, Biden wants to abolish the filibuster rule that allows these bills to be pickled, ”the expert explained in a commentary on RT.

At the same time, Dudakov calls the reforms that Biden wants to carry out in the electoral system, “the most ambitious reformatting of electoral legislation in US history.” 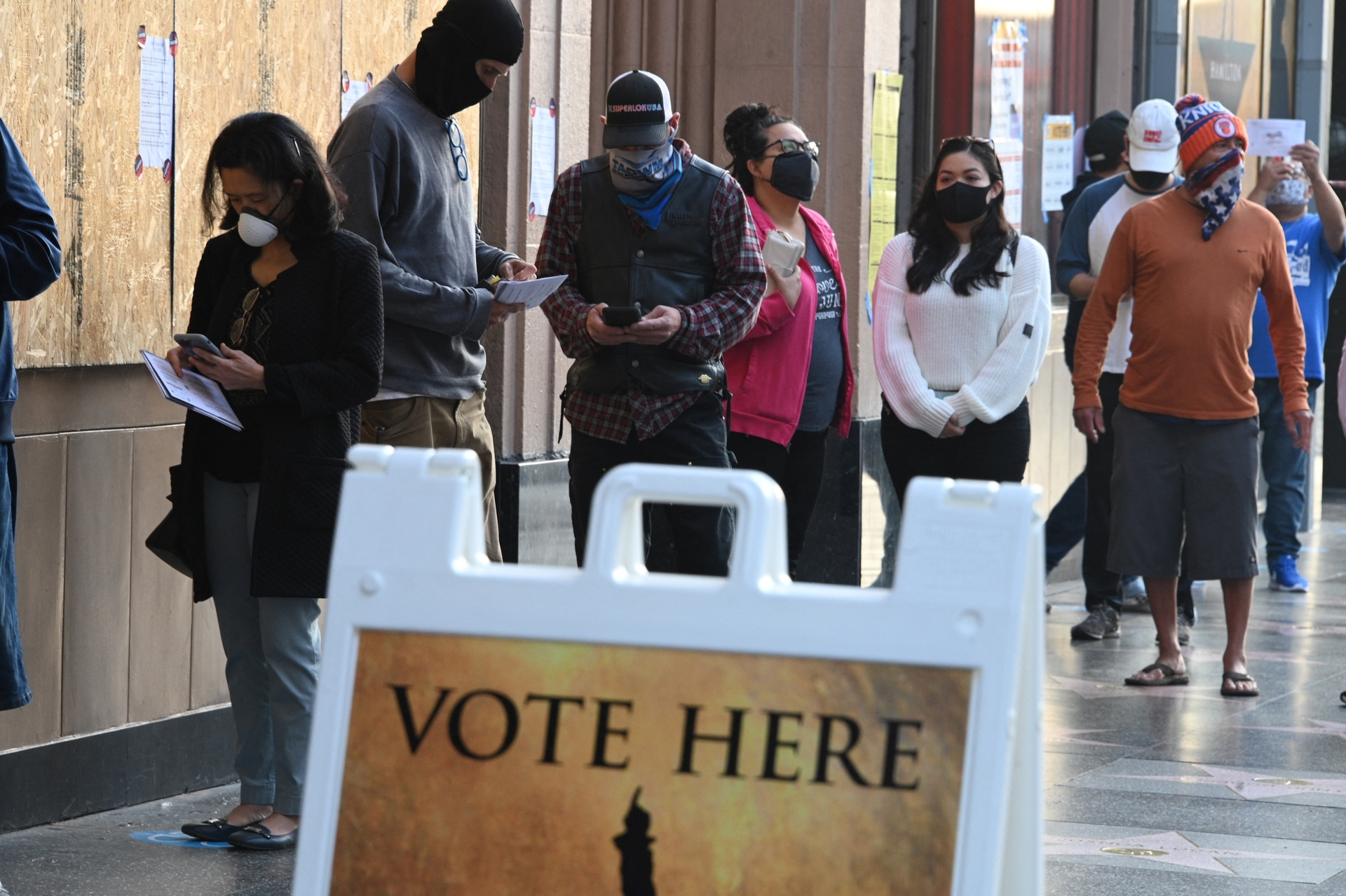 “This reform is extremely radical and will deal a very strong blow to the reputation of the American elections,” he said.

However, Democrats need such innovations to strengthen their positions in the upcoming elections, Dudakov said.

“It becomes obvious when you remember the events of 2020. Then it was the postal vote that allowed Biden to win, and the Democrats to get a majority in the Senate. If the bills of the representatives of the Democratic Party are adopted, there will be much more falsifications, “the analyst emphasizes.

But this does not bother Biden and the representatives of the Democratic Party, since for them “it is about political survival,” Dudakov explained. According to him, the Democrats are ready to go for reputational losses, “just to push through their initiatives.” 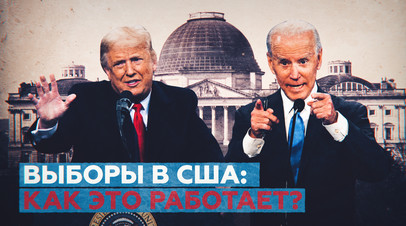 Tuesday Voting: What You Need to Know About the American Electoral System Ahead of November 3

More than 80 million Americans have voted in early US presidential elections. The record figure is associated with the spread of …

“And given that the ratings of both Biden and Vice President Kamala Harris are low, it will be very difficult for them to be re-elected in 2024. And under such circumstances, the democrats are ready to do much to stay in power, ”the expert believes.

At the same time, in his opinion, the Republicans will continue to block the initiatives of the representatives of the Democratic Party in the Senate concerning the electoral right. In addition, according to Dudakov, “the reform is not supported by a significant part of the Americans, who also do not believe in the honesty of the 2020 elections.”

If the Democratic Party achieves the adoption of the electoral reform, it can secure itself a “long reign”, according to the American political scientist Dmitry Drobnitsky.

“In general, this is such a plan to turn the Republican Party into an eternal opposition without any possibility of returning power,” the analyst noted in a commentary on RT.

Drobnitsky also believes that if the Democratic Party’s initiatives regarding the electoral system pass through, elections are expected through the US Senate, as a result of which the Democrats will prevail due to possible falsifications related to voting by mail.

“Then the upcoming electoral process will be very similar to what we saw when Trump tried to be re-elected. Postal voting will become extremely widespread, and it can radically change the results, and they are not always obtained in an honest way, ”the analyst concluded.

According to Phil Spencer, the fault that there are few Xbox Series S / X is not the supply, it is the high demand