NATO Secretary General Jens Stoltenberg said he had discussed “cynical Russian manipulations in energy markets” with International Energy Agency Executive Director Fatih Birol. In Russia, such statements were called an attempt to “shift from a sore head to a healthy one” the problems of European consumers. At the same time, the European Commission reported the day before that they had not yet decided on a verdict regarding the role of Gazprom in the gas crisis in the EU. According to experts, the Russian Federation conscientiously supplied fuel to all buyers in the required volumes. Analysts note that accusatory rhetoric against Russia is aimed at weakening cooperation between Moscow and Brussels in the energy sector.

NATO Secretary General Jens Stoltenberg accused Russia of “cynical manipulation” in the energy sector. He wrote about this on Twitter, commenting on a telephone conversation with the Executive Director of the International Energy Agency (IEA) Fatih Birol.

good call with @IEA‘s @fbirol. We discussed #Russia‘s cynic manipulation of the energy markets. I briefed him on the meeting in the #NATO-Russia council.

In turn, Russian Deputy Prime Minister Alexander Novak said that Russia and Gazprom are not to blame for the European energy crisis.

“Of course, I was somewhat surprised by the statement of the head of such a respected international organization as the IEA, which is trying to shift from a sore head to a healthy problem that European consumers have today. Certainly, neither Gazprom nor Russia in general is to blame here,” Novak said on the air of the Rossiya-1 TV channel.

At the same time, the day before, the Executive Vice President of the European Commission, Margrethe Vestager, said that the EC has not yet come to any conclusions regarding the actions of Gazprom, although it is waiting for the company’s response to a request to reduce the supply of blue fuel to Europe during the gas crisis.

“We are investigating this case as a matter of priority as it is unusual for a company to reduce supplies in an environment of increased demand. We sent inquiries to companies in the energy sector, we received a lot of answers, but we are still waiting for answers, including – with particular impatience – from Gazprom,” Vestager TASS quotes.

For its part, the press service of Gazprom said in a commentary to TASS that the company had already provided the European Commission with some of the necessary information. 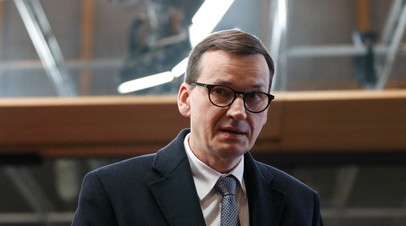 Recall that in September 2021, a group of MEPs, many of whom represented Poland and the Baltic countries, turned to the European Commission with a demand to launch an investigation into the Russian energy holding.

As one of the authors of the appeal, Lithuanian deputy Andrius Kubilius, admitted, Gazprom could allegedly deliberately manipulate the European natural gas market, provoking price increases. According to the politician, the purpose of such pressure is to push Europe to approve the launch of the new Nord Stream 2 gas pipeline.

The call for an investigation against Gazprom came amid record gas price increases in Europe. So, in mid-September, the cost of fuel during trading on the ICE exchange reached almost $964 per 1,000 cubic meters.

For comparison, in December 2020, spot gas prices fluctuated around $200 per thousand cubic meters. Moreover, at that time, such an indicator was considered very high – these were the maximum values ​​​​since March 2019.

As Russian Deputy Prime Minister Alexander Novak previously explained in an interview with RBC, the rise in prices for spot contracts in Europe is associated with a number of factors. Main reasons sharp rise in fuel prices were the refusal of the European authorities from long-term investments in the gas sector, as well as the reorientation from long-term contracts in favor of spot transactions. This led to the fact that in the summer of 2021, liquefied natural gas supplied under short-term contracts was bought up in other markets that are more attractive than the European one. Thus, American, Canadian, Qatari and Australian LNG went to buyers in the Asia-Pacific region. 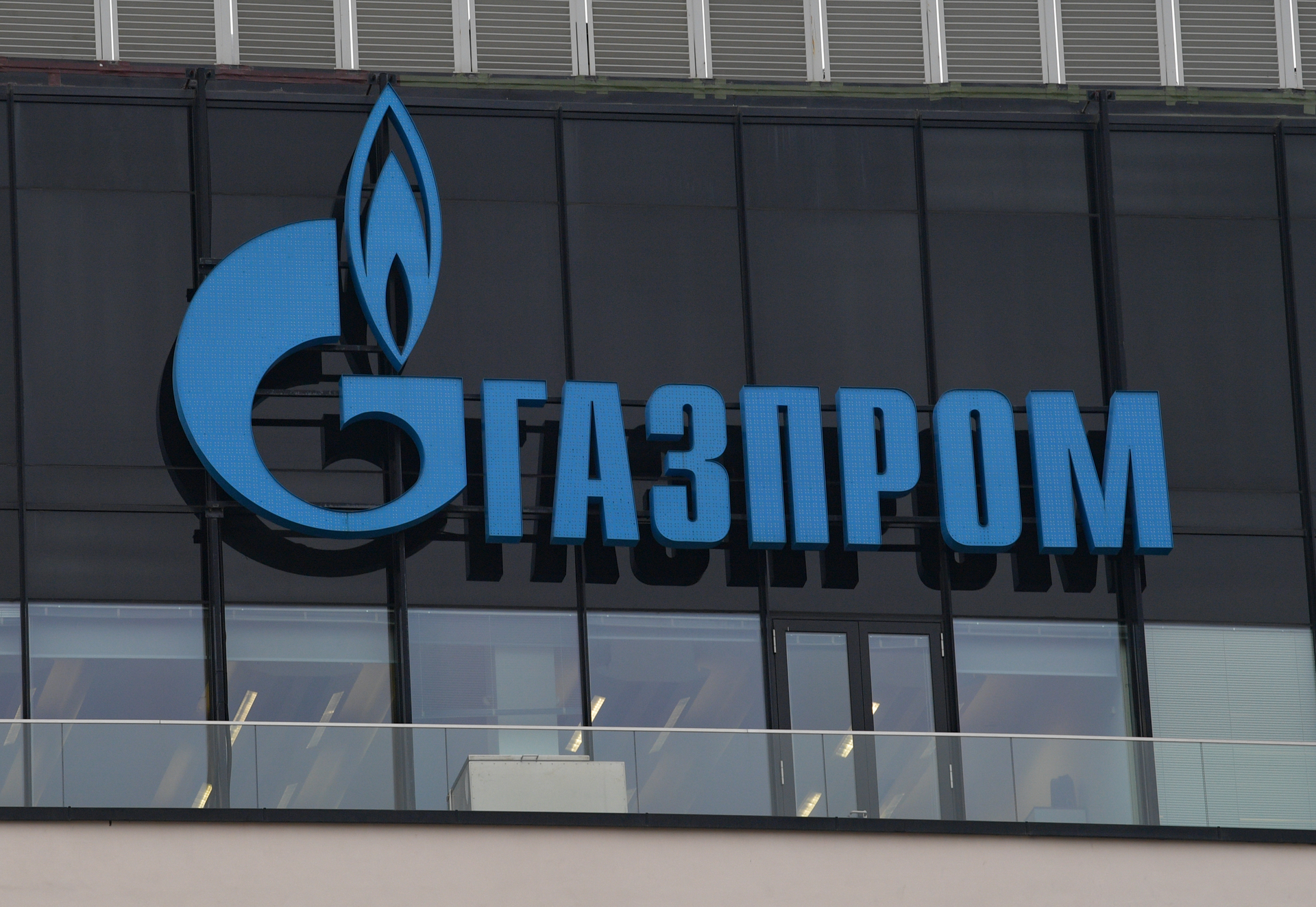 At the same time, last year Gazprom only increased pipeline gas deliveries to Europe. Sergey Komlev, Head of the Contract Structuring and Pricing Department of Gazprom Export, announced this in September 2021. In the first half of 2021, the pumping of fuel through gas pipelines to Europe increased by a third, or by 31.5 billion m³.

“Gazprom’s deliveries of pipeline natural gas were at the level of historical highs, and their main increase fell on the share of the most important buyers. … These data prove the absurdity of Gazprom’s accusations of short deliveries,” Komlev emphasized. 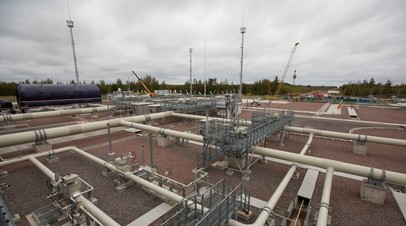 Bundestag deputy: delaying the launch of Nord Stream 2 will aggravate the crisis in the EU

Delaying the launch of Nord Stream 2 will exacerbate the energy crisis in Europe, an expert on…

In December, the official representative of “Gazprom” Sergey Kupriyanov on the air of the TV channel “Russia 1” named accusations against the company are “lies”. He also said that Gazprom is ready to supply additional volumes of fuel to Europe under existing long-term contracts.

At the beginning of this year, there was a slight decline in Russian gas supplies to the European direction. For example, the pumping of fuel through the Ukrainian GTS has decreased by about half, and gas transit through the Balkan part of the Turkish Stream has fallen by a third.

However, experts do not lay responsibility for this on Gazprom, but on European buyers.

As Alexei Grivach, Deputy Director General for Gas Problems of the National Energy Security Fund, explained in a RT commentary,the Russian side fulfills all its obligations under long-term contracts.

“All applications for gas supplies that have been submitted have been satisfied. The decline in supplies that is observed at the beginning of 2022 is due to the fact that buyers submit fewer applications for gas withdrawal under existing contracts. At the same time, for many European consumers of pipeline gas, prices have approached the prices of spot transactions in the LNG market. Therefore, they are now forced to limit the selection of gas,” says Grivach.

“Now we see the result of this transition. The prices are so high that they destroy the demand for gas in Europe – many enterprises simply closed, some are forced to reduce its consumption, etc. But no one wants to admit their guilt for what happened, so attempts continue to “transfer the arrows” to Russia, ” the expert explained.

At the same time, there are countries that were in no hurry to switch to a spot pricing model, they are now not experiencing great difficulties, receiving Russian gas at fixed prices. 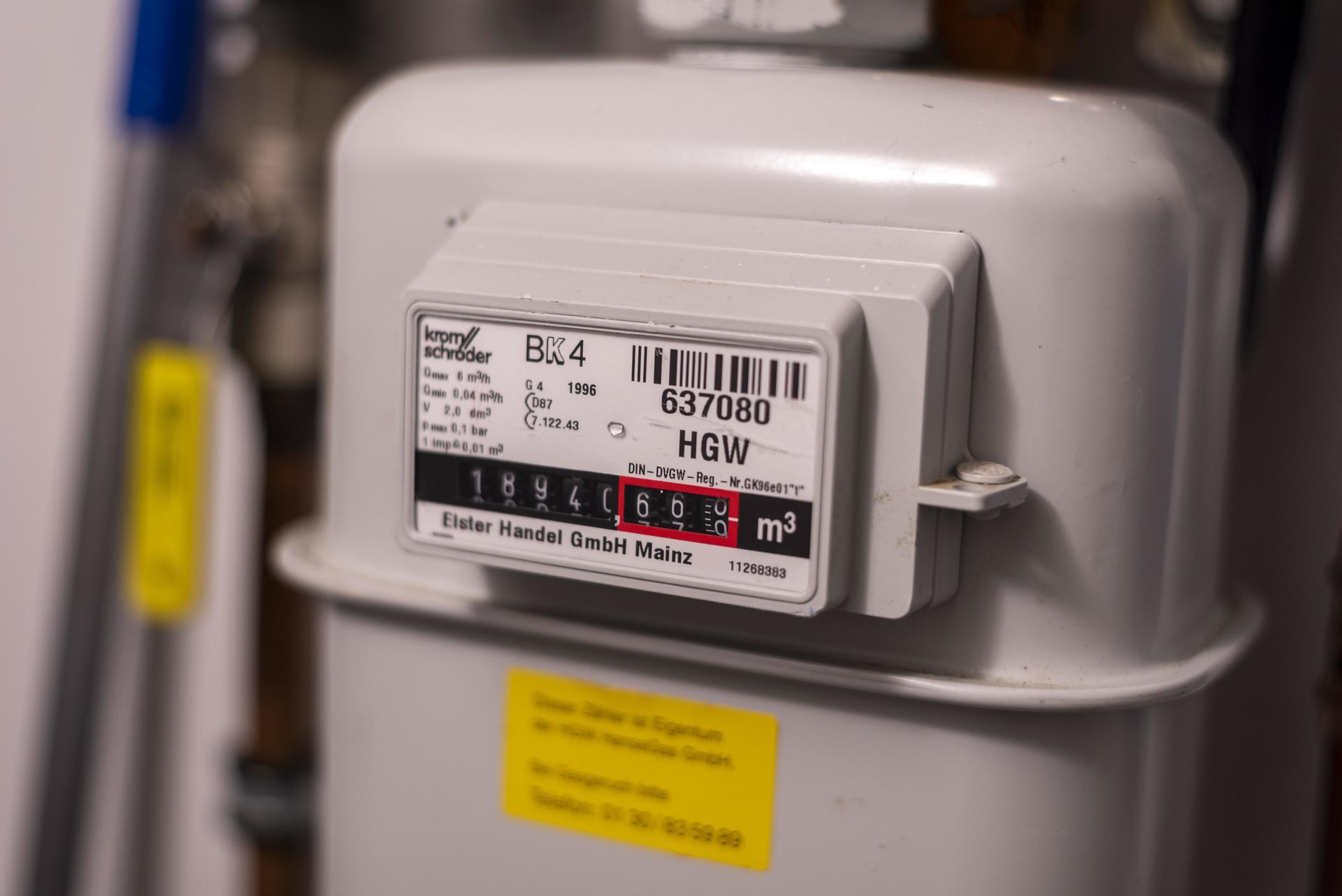 “For example, the authorities of Hungary, Greece and other countries did this – they use comfortable conditions for the supply of fuel,” Grivach added.

A similar point of view in an interview with RT was expressed by Nikita Danyuk, deputy director of the Institute for Strategic Studies and Forecasts of the Peoples’ Friendship University of Russia, a member of the Public Chamber of Russia.

“It was the Europeans who were not ready, perhaps for political reasons, to make bids for the purchase of additional volumes of Russian gas. At one time, many EU countries abandoned long-term contracts with a fixed price and switched to spot pricing mechanisms. We are now seeing how this has affected the energy security of Europe,” the analyst says.

According to experts, Russia may increase gas supplies to Europe after the launch of Nord Stream 2. The new highway is completely ready for operation, however, the start of deliveries delayed due to bureaucratic delays, the German regulator suspended the certification procedure for the pipeline until the registration of the operator company in Germany.

In addition, the Russian-European energy project has long been a target for Washington, which is consistently trying to stop its implementation. US authorities claim that Russian gas supplies allegedly threaten Europe’s energy independence.

However, on January 13, the US Senate still rejected a bill on new sanctions against Nord Stream 2. The document was submitted to lawmakers by Republican Senator Ted Cruz. The initiative was supported by 55 senators with the required minimum of 60 votes. 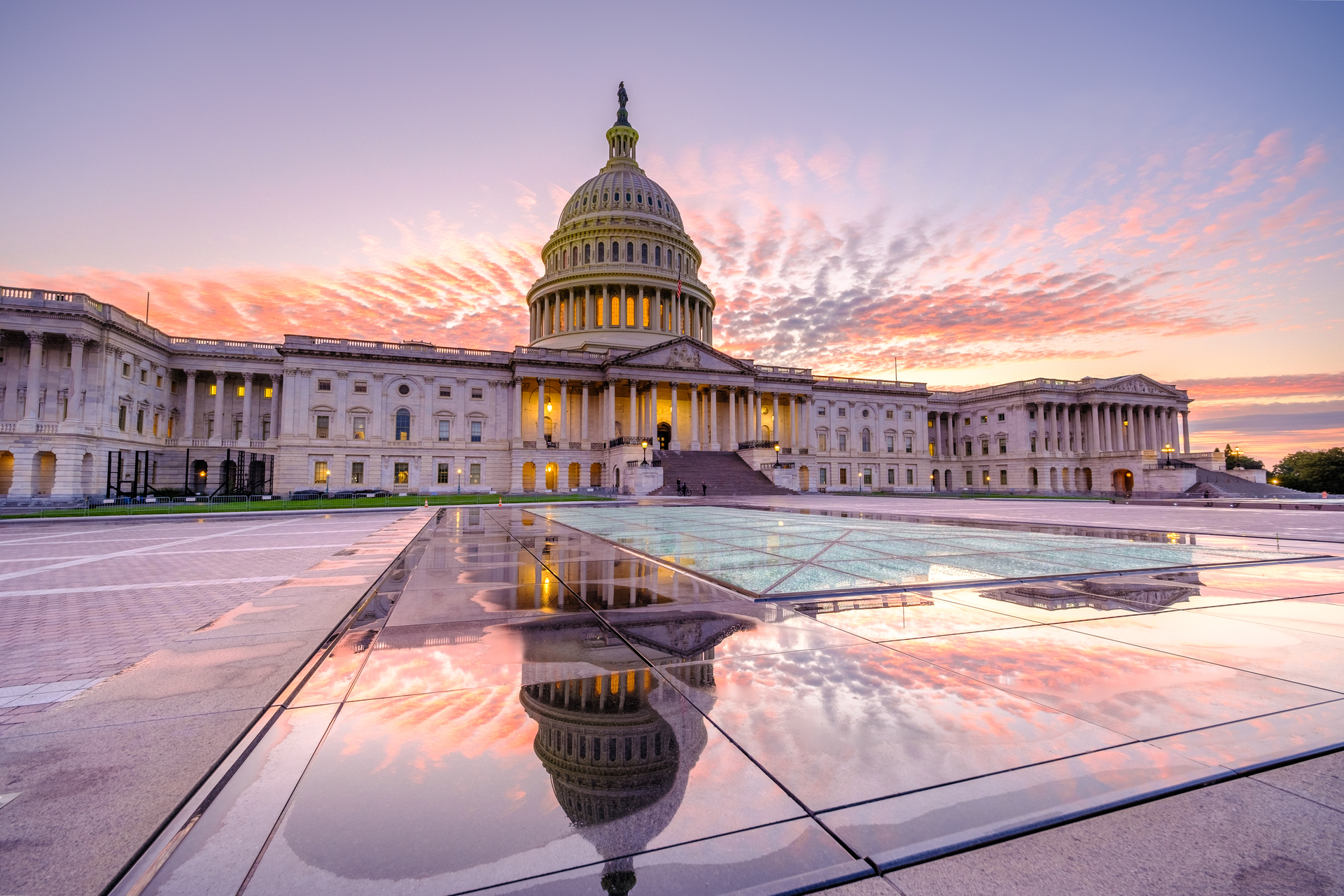 Commenting on the decision of the upper house of Congress, Cruz bogged down sanctions against the gas pipeline with plans attributed to Moscow to “invade Ukraine”.

“Only the immediate imposition of sanctions can change Putin’s calculations, stop the invasion of Ukraine and eliminate the existential threat posed by Nord Stream 2,” Cruz said in a statement.

In Berlin, the decision of the US Senate is “taken into account”, as reported by the representative of the German Cabinet of Ministers, Christiane Hofmann.

“We are in constant contact with the United States on the subject of Nord Stream 2,” she added. 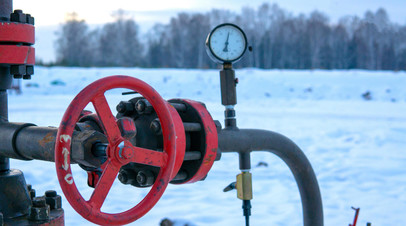 Annika Einhorn, spokeswoman for the German Ministry of Economy and Climate Protection, said that Russia, according to Berlin, is fulfilling its…

However, experts believe that the bill was rejected only because its passage could undermine the efforts of the White House to improve US-German relations. In this case, the latest statement by Jens Stoltenberg can be interpreted as a continuation of this line, since the NATO leadership is closely connected with the American administration and pursues its interests, analysts say.

“This does not mean at all that the position of the White House on Nord Stream 2 has changed. The American authorities will try to harm not only this project, but generally disrupt the cooperation between Russia and Europe in the energy sector,” predicts Grivach.

Nikita Danyuk also calls the minimization of cooperation between Russia and the EU “Washington’s strategic goal.”

“Stoltenberg’s statement is another attempt to construct an alternative reality. Because in the current realities, it is Russian gas supplies that are the key to at least some kind of energy stability and security in Europe. The purpose of such statements is simple – to expose Russia as an unreliable supplier. However, sane politicians in Europe are guided not by myths about the Russian Federation, but by pragmatic considerations – such countries have long-term contracts for the supply of Russian fuel, ”summed up Danyuk.