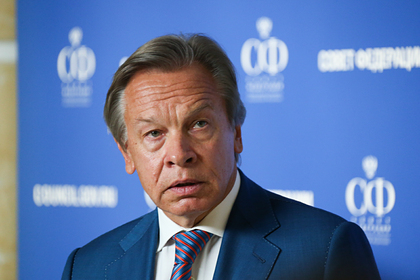 Member Federation Council Alexey Pushkov in his Telegram-the channel commented on the bill of the US senator Marco Rubio about a new package of sanctions against Russia. According to him, he is unlikely to receive support.

Pushkov noted that Rubio’s bill is unlikely to be approved, since there is already one supported by the Democrats, and the senator is a Republican. In addition, Rubio wants to expel the President of the United States Joe Biden from the process of deciding whether to apply the law, which the Democrats will not allow, the Russian official concluded.

Former Republican Senator US Congress Marco Rubio published own project of sanctions against Russia, in case of invasion of Russian troops into Ukraine. The Republican option bears only a small number of differences from the bill proposed by his colleagues in Democratic Party.

January 12th in Democratic congressmen submitted draft new sanctions against Russia. The authors proposed to ban transactions with Russia’s primary and secondary public debt, to impose restrictions on the Russian banking sector and the Nord Stream 2 gas pipeline. The imposition of sanctions personally against Putin and other top officials of the country is also being considered.

The world criticizes the American “summit for democracy” – Rossiyskaya Gazeta