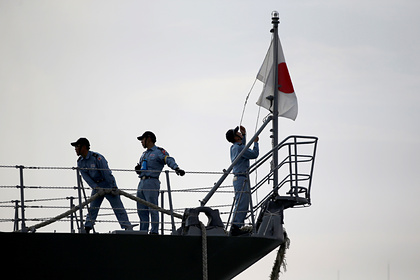 Ships of the Japan Maritime Self-Defense Forces in 2021 passed near the artificial islands and reefs in the Spratly archipelago, which China claims in the South China Sea in 2021. This was reported by a Japanese newspaper Yomiuri shimbun…

Japanese naval warships sailed outside the 12-mile territorial waters but within the maritime exclusive economic zone in March and August 2021. The passage of the ships is said to have been carried out as part of the Freedom Of Navigation Operation (FONOP) in response to the increased activity of the Chinese fleet around the disputed Senkaku Islands.

The South China Sea is an important sea route for the transportation of oil resources and is an important route for the deployment of the US military and its allies in the Indian Ocean and the Middle East. Since 2014, the PRC has been unilaterally defending its territorial rights, transforming the reefs of the Spratly Islands into artificial islands.

Since October 2015, US Navy ships have been patrolling China-created islands to highlight Washington’s position that artificial islands are located in international waters and cannot be part of the PRC.

The PRC views FONOP in the South China Sea, and in particular those operations involving warships, as provocative, as the Chinese authorities argue that freedom of navigation does not extend to warships in foreign exclusive economic zones and territorial waters.

The territory of the Spratly Islands is contested by six states: Vietnam, China, the Republic of China (Taiwan), Malaysia, the Philippines and Brunei. The region of the island archipelago contains significant reserves of oil and gas: in the Reed Bank archipelago alone, there are about 50 trillion cubic meters of natural gas and over five billion barrels of oil.

November 19 last year US State Department condemned China’s actions related to the firing of water cannons on Philippine supply vessels in the disputed waters of the South China Sea off the Spratly archipelago.

Formerly South China Morning Post reportedthat the Chinese authorities have started subsidizing fishermen to consolidate their presence in the disputed territorial waters around the Spratly archipelago in the South China Sea and send 300 ships there every day. Media reported that the Chinese government is issuing daily fuel subsidies to ships that fish near the disputed islands.

A Russian in a pre-trial detention center in Chelyabinsk killed a cellmate suspected of pedophilia: Crime: Power structures: Lenta.ru

We must keep the gunpowder dry – Rossiyskaya Gazeta