The creation by NATO countries of military facilities, including bases on the Sea of ​​Azov, the deployment of strike weapons in Ukraine and the activities of Western instructors to train Ukrainian soldiers are unacceptable for Russia, Sergei Lavrov said. According to the Foreign Minister, the West is aware of such red lines in Moscow. He also said that Russia has reason to believe that Western countries will build up forces near Russian borders in the coming months. Whereas at the moment Moscow is expecting written responses from the US and NATO to proposals in the field of security. As Lavrov noted, these initiatives were put forward because the West went too far in its demands.

Russian Foreign Minister Sergei Lavrov during a press conference told what actions of the West near the Russian borders, including on the territory of Ukraine, are unacceptable for Moscow.

“We categorically do not accept the appearance of the North Atlantic Alliance right on our borders, especially considering the course pursued by the Ukrainian leadership, both the former and the current, unfortunately. Moreover, these are the red lines for real, and they know it,” he said.

“Second point, even if Ukraine remains outside NATO, bilateral agreements with the Americans, the British, and other Western countries are possible there, which create military facilities and bases on the Sea of ​​Azov there. This is also unacceptable for us, because the deployment of strike weapons on the territory of our neighbors, in this case Ukraine, which will pose a threat to the Russian Federation, is another red line, ”Lavrov added.

The Foreign Minister also spoke out against Ukrainian soldiers being trained by Western military instructors.

“I clearly remember a television picture during the war in Georgia in August 2008, when instructors in the form of US Army officers – both white and African American – instructed practically how to load anti-tank and other weapons. I don’t want this to happen again in Ukraine. Because it will be the transition of all possible red lines. This will be a direct clash between Russian citizens of Ukraine and the NATO military,” he said.

⚡️S.V.#Lavrov: In Georgia in 2008, Western instructors taught how to practically load anti-tank weapons.

I do not want this to happen again in Ukraine, because it will be the crossing of all red lines, a direct clash between Russian citizens of Ukraine and the NATO military. pic.twitter.com/0hfuXRUmkE

At the same time, a material was published on the Yahoo! News portal, according to which the CIA oversees a secret intensive training program for elite Ukrainian special forces and intelligence officials. According to former US intelligence and national security officials, Ukrainian soldiers have been trained at a facility located in the southern United States since 2015.

According to a former CIA officer, as part of the program, Ukrainians are taught how to “kill Russians.” He added that “the United States is preparing an insurgency” in Ukraine.

According to political scientist Ivan Mezyuho, the fact of close coordination of the Ukrainian law enforcement agencies with the relevant US structures after the coup d’état in Ukraine in 2014 is obvious.

“I am convinced that the Ukrainian saboteurs and spies who were caught in the Russian Crimea were based not on instructions from Kiev, but from Washington, or at least the White House was aware of some of Kiev’s failed sabotage. I think that in the future we will hear more than once some new data and investigations about the role of Western intelligence services in the functioning of the security service of Ukraine, the foreign intelligence service, ”he emphasized in an interview with RT.

We expect written responses from the US and NATO

Russia has run out of patience, so Moscow has put forward initiatives on security guarantees. Sergey Lavrov also stated this during a press conference, emphasizing that the West simply “presumptuous” in its demands. According to him, the US and its allies want to create military bases around the Russian borders.

“It accumulated over the period after the 1990s, when the promises made about not expanding NATO, about not moving military infrastructure to the east, not deploying significant combat forces on the territory of new members, they were simply thrown into the basket by our Western friends in the rudest way,” Lavrov said. answering the question why Moscow just now raised the issue of non-expansion of NATO.

He also pointed out that recently there has been a change in the situation “with the real configuration of weapons, military equipment and armed forces in Europe.”

“We have reason to believe that those loud statements that are now being heard from the West that if Russia does not obey the demands of the West on how to deal with its troops on its territory, which is absurd in itself, then in the next two or three month, the West will increase the activity of rapid reaction forces, NATO special operations forces around our borders,” the head of the Foreign Ministry noted.

According to him, Moscow made it clear to Western partners that it would not wait for an answer to security proposals indefinitely.

“We expect answers from our colleagues, written answers, put on paper, as we did when we made our proposals. But in the meantime, of course, we will continue to work to ensure that we are ready in the event of any development of events,” the head of the Russian Foreign Ministry said. Our patience has run out. We are very patient. But do you know that we harness for a long time? Here we harnessed for a very long time, it’s time for us to go. We are waiting for the coachman on that wagon to respond specifically to our proposals.

Recall that December 17 The Russian Foreign Ministry has published draft treaties with the United States and agreements with NATO on security.

The first refers to the exclusion of the use of the territory of third countries for the preparation or implementation of an armed attack on the other side of the treaty, as well as the interaction between Moscow and Washington on the principle of “indivisible and equal security.” 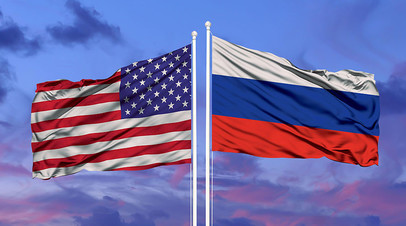 “They want to ignite the conflict between Moscow and Kiev”: Russia responded to new US statements about the “invasion” of Ukraine

The United States is trying with its statements to achieve a direct conflict between Moscow and Kiev, the State Duma said. As noted in the Federation Council, in …

In the second, Russia and NATO are invited to confirm that they do not consider each other adversaries, and the members of the alliance accept obligations that exclude its expansion, the bloc’s conduct of any military activity on the territory of Ukraine, as well as other countries of Eastern Europe, Transcaucasia and Central Asia. In addition, Moscow advocates the non-deployment by Russia and the alliance of armed forces on the territory of other European countries, with the exception of the forces that were there as of May 27, 1997.

Earlier this week, talks were held between Russian delegations and representatives of the United States, NATO and the OSCE on security guarantees. The Kremlin noted that there was no “significant reason for optimism” following the results of the contacts, it remains to “wait for the promised written wordings of the opponents.”

After the completion of the consultations, NATO Secretary General Jens Stoltenberg, in an interview with the Italian newspaper La Repubblica, said that the alliance had decided back in 2008 to accept Ukraine and Georgia into its ranks, but did not set a time frame for exactly when this would happen.

According to political scientist Ruslan Balbek, there is a deliberate aggravation of the situation on the part of NATO on the issue of security guarantees.

“A round of demonstrative disregard for Russian security requirements has begun. Now we will be pressed as much as possible on the information fronts, and the Secretary General of the alliance, I think, will make a couple more statements on how NATO will move closer to Ukraine. This is a game of nerves, but over the past 20 years, our nerves have hardened, and the alliance will not be able to play them like strings, ”the RT interlocutor emphasized.

Philadelphia lost to Washington in the NBA game, despite Embiid’s 32 points

Freight traffic on the Northern Sea Route continues to grow