Linda Bartošová before starting her new job: Is she pregnant? A single photo sparked speculation!

This year is for the former model Linda Bartošová really a turning point. At the beginning, she asked for six months unpaid leave to recover from burnout. She went to Costa Rica for a few months and even then there was speculation that she was pregnant.

She did return to work, but not for very long. Finally came the departure permanently. Which may have had a different reason than just the fact that she needed a change in her career, to try a different direction, as she announced. That it would be due to another condition?

According to the last photo, where she interviewed the tennis player Barbora Strýcová, she visibly rounded out. Although she hid her growing belly under an oversize jacket and a larger black turtleneck, it was still clear that her belly button was bulging under her clothes.

She hasn’t yet confirmed the blessed status, but she hasn’t denied it either. Linda has always been very slim, so it is highly unlikely that she would have gained so much weight in such a short time to have a nice tummy and cute faces.

Bartošová has been dating soccer player Tomáš Kučera (29), who also works as a rapper under the pseudonym TK27, for about three years. That is, long enough for them to think about family. 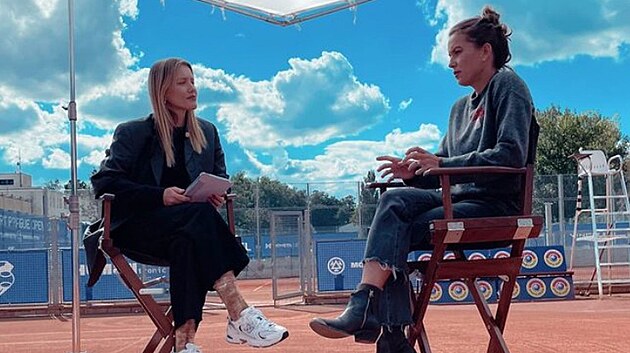 During the interview with Bára Strýcová, Linda hid extra pounds under an oversize jacket. 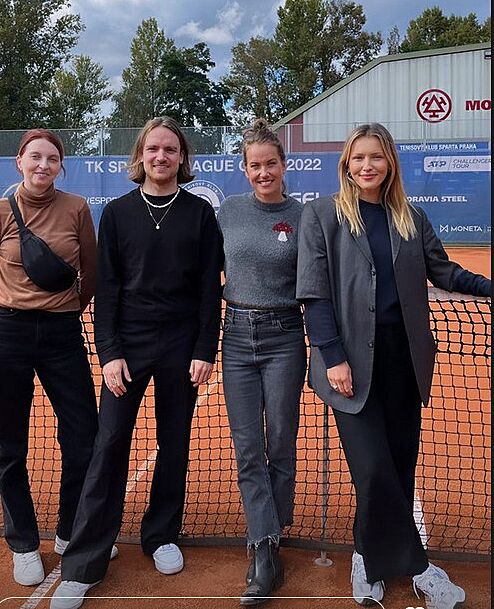 Maybe she doesn’t want to talk about the baby because she has a new job. Together with another CT star, Svetlana Witowska, they will compete with the popular DVTV. She is leaving the Aktuálně.cz publishing house, to which the media house responded by creating a competing program where Bartošová will excel with her interviews.

Although it may seem impossible to combine it with a small child, it is certainly less stressful when working as a mother than during live TV broadcasts.