Russian figure skaters took the first three places in the short program at the European Championships in Tallinn. Andrey Mozalev, who replaced the injured Mikhail Kolyada, took the lead with 99.76 points. This result became the fourth in the world this season. The national champion Mark Kondratyuk and Yevgeny Semenenko lost less than one point to the compatriot.

Mikhail Kolyada’s injury left the European Figure Skating Championships in Tallinn without a nominal main favorite. A student of Alexei Mishin was the leader of the European season in men’s skating and ranked fifth in the world, second only to American and Japanese singles. He had a chance to compete in his first continental championship in three years and finally win a title that was not yet in the collection.

Instead of Kolyada, Andrei Mozalev came to Estonia, and this made it possible to restore justice for the 18-year-old athlete. At the last Russian championship, he became a bronze medalist and could count on a place in the team on a sports basis, but Yevgeny Semenenko entered the application instead, who then took fourth place. Thus, Mozalev again got a chance to compete for a place in the Olympic team – the European Championship should finally determine which of the Russians is more worthy of a trip to Beijing. 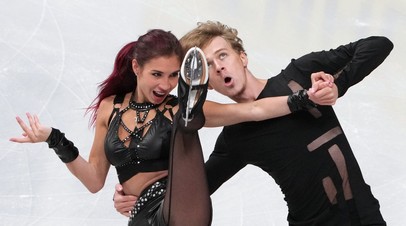 Unique chance: Russian skaters can win all medals at the European Championships in Tallinn

So far, no athlete has guaranteed a ticket to the Games, including new champion of Russia Mark Kondratyuk. Considering that Kolyada should recover in a week, and Mozalev and Semenenko came to Tallinn to fight, as the last time, the student of Svetlana Sokolovskaya needed to remain extremely vigilant so as not to lose the positions won over the last month.

It was Kondratyuk who was the first Russian to perform with a short program at the Tondiraba ice arena. For him, it was a full-fledged debut for the national team – from previous tournaments under the auspices of the International Skating Union, he had only one Grand Prix stage in Sochi, at which the 18-year-old athlete performed poorly and became only eighth.

Kondratyuk coped with the stress perfectly and made a splash. He began the program to the soundtrack of the series “The Magnificent Century” with a beautiful quadruple sheepskin coat, which he did cleanly a few times in his career, and a triple axel. When he managed to make a cascade of a quadruple salchow – a triple sheepskin coat, the skater himself could not resist emotionally expressing his delight. It was just in the spirit of his incendiary and original program.

The judges were very impressed, which was confirmed by at least a technical score – it was 56.59 points. This season, only American Nathan Chen jumped and rotated in the short program better than Kondratyuk. The final result of the champion of Russia was 99.06 points. While the student of Sokolovskaya does not have enough credibility to recruit solid components, but even without them, he immediately ended up in the top five best figure skaters in the world this season.

No less impressive was Semenenko, who opened the final group of participants. He showed his readiness for competition with a brilliant cascade of quadruple and triple sheepskin coats, for which he scored 16.55 points – so much he did not receive even in St. Petersburg, where he was the leader after the short program. Mishin’s student then perfectly performed both the quadruple salchow and the triple axel.

The only thing the judges found fault with was the step sequence, which received the third level of difficulty. At the same time, Semenenko could clearly count on higher components for his emotional program than Kondratyuk. It was very difficult to determine which of the two Russians performed better, but in the end Semenenko became the second, losing only two hundredths of a point to his compatriot. 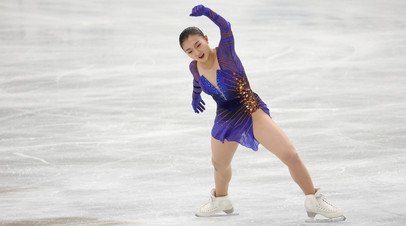 Yoo Yeon’s triple axel and Sakomoto components: who should Russian figure skaters be wary of at the Beijing Olympics

In the countries that will represent the leaders of figure skating at the Beijing Olympics, national championships have ended. Thanks to…

They continued to lead together until Mozalev’s speech. The Frenchman Kevin Aymoz could not move them due to a fall on the quadruple salchow, and the Latvian Denis Vasiliev – due to the complete absence of quadruple jumps in his program. The Georgian Maurice Kvitelashvili had good chances to get ahead, who was also flawless at his box office, but the judges found that he had under-rotation on the triple axel. Student Eteri Tutberidze scored 92.76 points and remained third.

Tallinn ice was well known to Mozalev – here he won the junior world championship two years ago. Then he scored 84.31 points in the short program without quadruple jumps, and this result is still considered his personal record.

But when he returned to Estonia, the 18-year-old skater simply crumpled his previous achievement. A brilliant rental with the same content as that of Semenenko allowed Mozalev to climb to first place with 99.76 points – this result was already exceeded by only three athletes in the season. He was ahead of Kondratyuk in technique, and in terms of components he was second only to Vasiliev and Aimoz, who usually rely on skating. The skater, who was not supposed to compete in the European Championship, turned out to be the intermediate leader of the tournament.

The Italian Daniel Grassl, who had a quadruple lutz in his arsenal, could still move the Russians from the top three. The athlete coped with this most difficult jump, performed that day in Tondirab, but he made mistakes on other elements. As a result, Grassl finished fifth, and the Russian figure skaters took the intermediate podium at the European Championships for the first time since 2001, when Evgeni Plushenko, Alexei Yagudin and Alexander Abt did the same. On January 14, Mozalev, Kondratyuk and Semenenko will have a chance to all together rise to a real podium, which Russian skaters have not achieved for 23 years.

Sega creates the fastest PC in the world … Literally, it reaches 100km / h

Kiev woman’s notes: Hot water was turned off in our house. The batteries are not heating. But in the basement there is a bomb shelter in case of a Russian raid