Antošová missed out on progressing to the finals only at the end. She was in the lead in the 500 meter split, second in the kilometer, but at the finish line she was overtaken by Spain’s Irginia Rivas, Britain’s Hannah Scott and Germany’s Alexandra Föster. Favorite Emma Twiggová from New Zealand won, Antošová lost more than two seconds to advance.

“I don’t know if I overdid it (in the beginning), maybe I did. But it’s hard to say how it would have turned out if I had saved a little (strength) in the first half. I just tried,” said Antošová, adding that the result was not ideal. “On the 15th, we saw that everything was coming at me, and 300 meters to the finish line, it somehow stopped listening to me. The goal was to pass leather, it was impossible to give more. But it was close,” said the 30-year-old rower, who moved to the skiff before the season from the double skiff. Her partner Kristýna Fleissnerová interrupted her career. 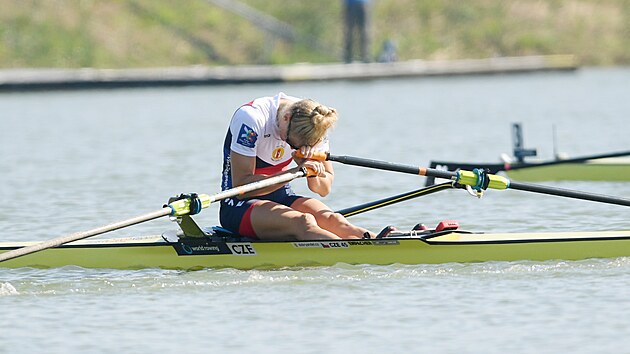 The double skiff Cincibuch, Podrazil started slower as in the previous races and closed the starting field at the kilometer mark. Subsequently, the Czech pair managed to move ahead of the Americans Sorin Koszyk and Thomas Phifer, but did not participate in the fight for advancement to the finals.

“We’ve been struggling with introductions all season, luckily this time our opponents didn’t get away with it that much. We tried, we ran less than usual, but it was a tough race. The semi-finals of the World Cup and that is a completely different level. We did what we could, but this year we are looking for a bit. If I take it as a whole, I think it was good,” Podrazil said.

In the final B, the participants of last year’s Olympic Games in Tokyo mainly want to have a good ride. “And we will see whether it will be seventh or 12th place. Or something in between. But today we left what we could on the water and it was enough for the fifth spot. We will do the same thing on Sunday and see,” stated Cincibuch. 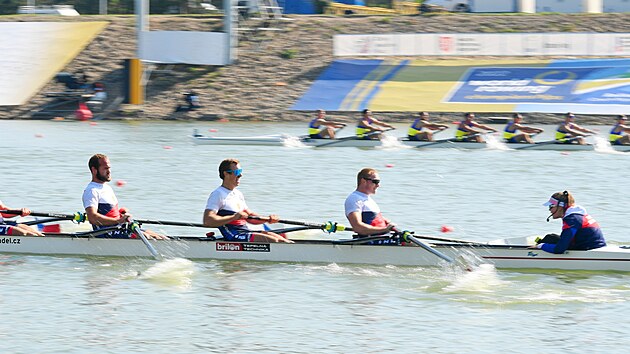 The eight, consisting of Daniel Nosek, Jan Chlebovský, Martin Ježek, Jan Čížek, Štěpán Keller, Marek Diblík, Václav Baldrián, Matouš Dočekal, with coxswain Barbora Zelenková, started today under repairs and, as expected, was not enough for the opponents. The Czechs held fourth place for a long time, but the Ukrainians overtook them in the second half of the course.

In the afternoon final block, the two Czech crews without the lightweight coxswain Milan Viktora and Jiří Kopáč, who due to the small number of registered boats, advanced directly to the fight for medals.