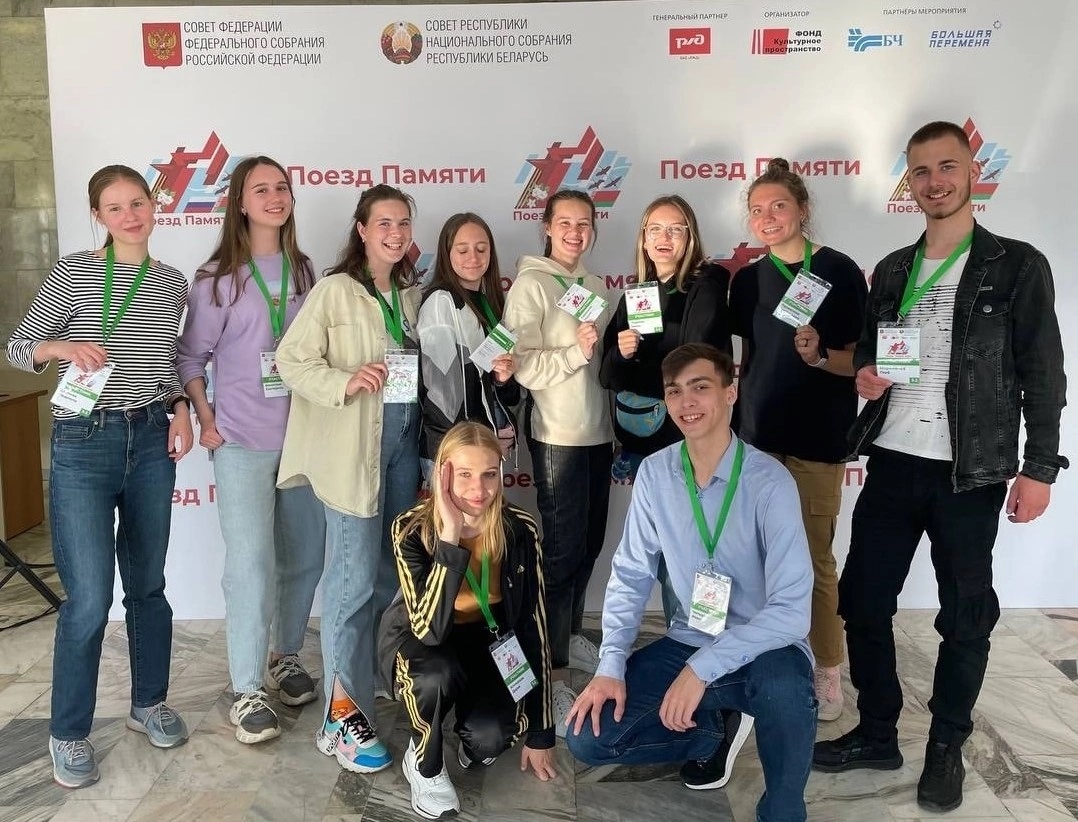 Photo: press service of the administration of the NAO

The project was initiated by the heads of the upper houses of the parliaments of Russia and Belarus, and is dedicated to the Great Patriotic War. Its participants were tenth grade students of secondary schools of the Russian Federation and the Republic of Belarus, who showed themselves in their studies and public life. As part of the project, they will visit cities of military glory in both states. Gleb Marinichev, a tenth-grader of school No. 4, is participating in the project from NAO. Today the “Memory Train” arrived in Grodno.

– The program is very intense. Today in Grodno we were met with a military band, there was a laying of flowers at the Eternal Flame, a tour of the city and iconic sights – the New and Old Castles, St. Boris and Gleb Kolozhskaya Church of the XII century and much more. The meeting with the Belarusian guys was great, we have a lot in common. Now I know exactly why we are called fraternal peoples – we are practically the same. They teach us the peculiarities of their language, exchange knowledge about culture and history. I also told my new friends about NAO, treated them to venison, many of them tried it for the first time. Tomorrow we are leaving for Vitebsk, – Gleb Marinichev told NAO24.

It should be noted that on June 20, the Patriotic cultural and educational project “Train of Memory” started in Moscow. On this day, 200 Russian and Belarusian schoolchildren – 100 people from each country went on a two-week flight to 14 cities of Russia and Belarus. The train route will pass through Brest, Grodno, Vitebsk, Smolensk, Rzhev, Vyazma, Kubinka, Moscow, St. Petersburg, Veliky Novgorod, Pskov, Orsha, Mogilev, Gomel and will end in Minsk on July 3. In the following cities, teenagers will see military reconstructions, visit memorable places, and also meet with veterans. For young people, this is an opportunity to get in touch with the history and exploits of previous generations.

Zelensky: “their corpses lie on the streets, in many cities our soldiers can barely breathe the stench”

Conquer The Killers at Foro Sol: they give themselves body and soul to 65 thousand people – El Sol de México

Fire in an apartment with a victim on Novoizmailovsky on May 23, 2022 – Incidents – Saint-Petersburg News

Wine has risen in price by 20-30%. Will Russian manufacturers replace imports and what will happen to the market next?