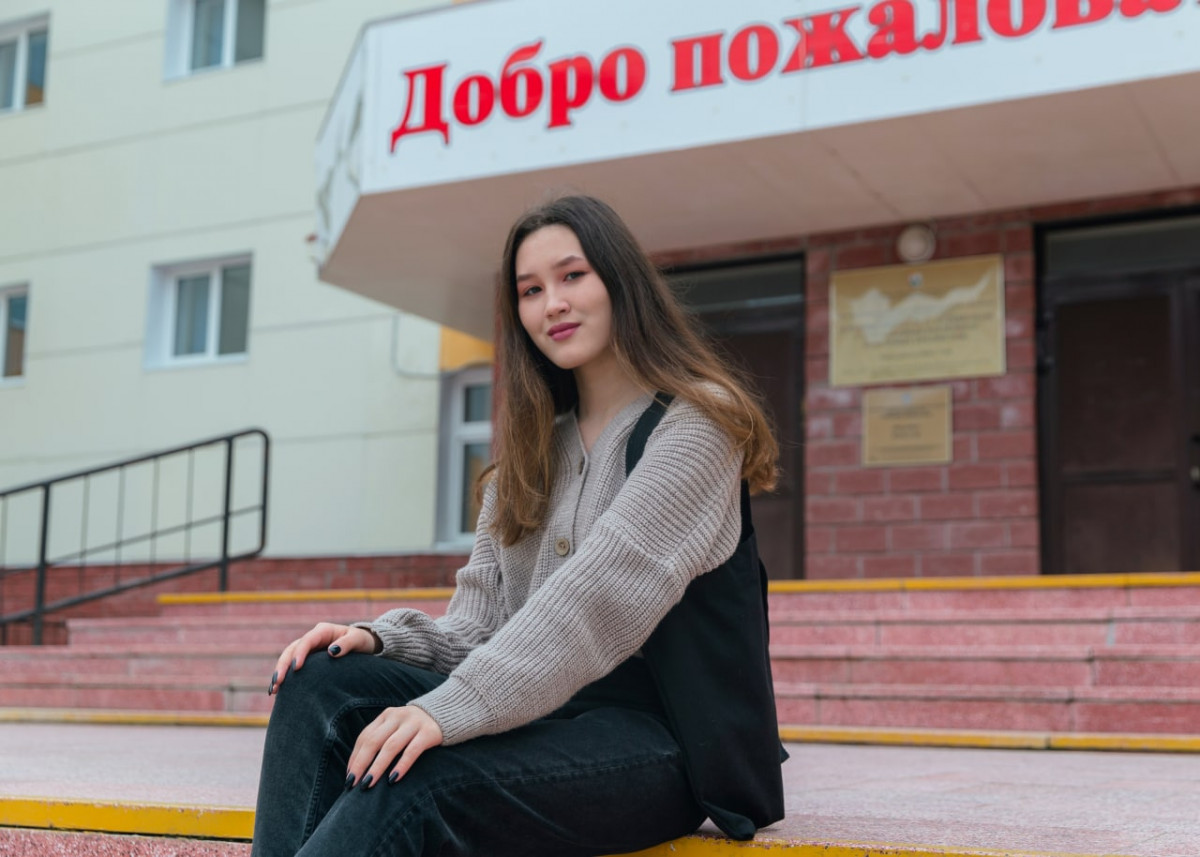 Anastasia Karcheva, a graduate of the fourth school, dreams of connecting her life with creativity. The girl wants to enter the faculty of socio-cultural activities at the St. Petersburg State Institute of Culture.

– This direction is quite in demand. Now a lot of attention is paid to the organization of events, and the skills acquired during the studies may be needed in many areas, – says Anastasia.

The first step towards the goal of becoming a student of this faculty is to successfully pass the exam. Literature is one of the subjects that applicants need. Anastasia passed this exam with the best result in the NAO – 77 points.

– I was preparing for the exam on my own and with my school teacher Anna Nikolaevna Svetlakova. It was not easy, because in the literature exam you have to know almost the entire school curriculum from grades 5 to 11 and beyond. Not just to know the essence of the work, but to remember the details, characters, their description and main lines. At the end of the year, I took a course on repeating the studied material. What helped me to collect all the information into a single whole, – says Anastasia.

In the first part of the Unified State Examination, the graduate got assignments on the monument of ancient Russian literature – “The Tale of Igor’s Campaign”.

– The control and measuring material surprised me very much. “The Lay of Igor’s Campaign” was in the codifier, but no one had come across it before. The work is not easy, but I answered all the tasks quite well, everything I saw, I analyzed and wrote on the topic. However, I know for sure that I made a mistake in the third task, where it was necessary to compare Igor, Vsevolod and other characters with their lines in the text, Anastasia recalls.

In the 12th task – the largest of the five essays submitted in the exam – the girl wrote on the theme of the manifestation of mercy in the work of Alexander Pushkin “The Captain’s Daughter”.

– Almost 4 hours are allotted for the literature exam, but this time is still not enough. I wrote the last essay immediately on the form, finished the work 1 minute before the end of the exam. The excitement was enormous! During the exam, my eye was literally twitching, I was worried. But at the same time, I am glad that I passed the literature first – I went to other exams calmly, – the graduate notes.

In the Unified State Examination in Literature, the system of transferring from a primary score to a secondary one is also strict. Thus, only five deducted points in the primary assessment system lead to 77 points in the secondary.

– I like my result in literature, I am satisfied and consider it quite good. I wrote everything I knew. The test was completed with only one mistake – in the third task, in essays I was deducted points for logical errors and punctuation, – the graduate shares.

In addition to literature, Anastasia passed the Russian language – 67 points, social science – 76 points, and biology, the result of which is still waiting.

In total, 20 people passed the USE in literature in the Nenets Autonomous Okrug, the average score was 56. Together with Anastasia Karcheva, Sofia Ipatova showed the best result in the region. Read her impressions of the exam at NAO24 later.

Arrest of 1 billion rubles. of the Russian division of Google on two claims of VGTRK – June 7, 2022 – Technologies – Saint-Petersburg News

Letters from readers | The Horn