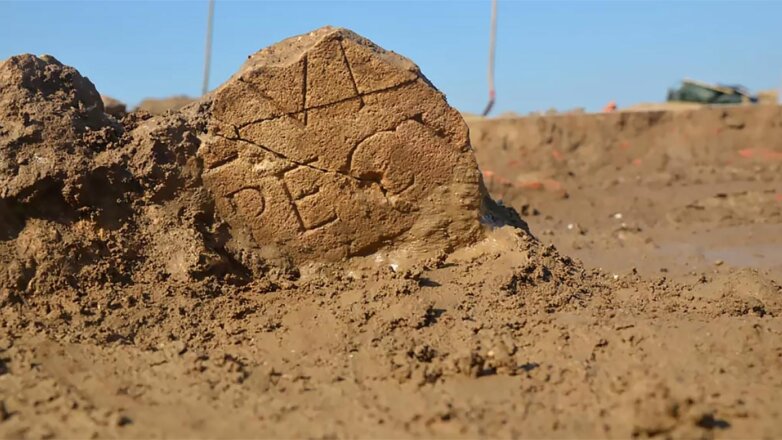 Volunteers from the Dutch Association of Volunteers in Archeology (AWN) have discovered fragments of buildings and altars from the Roman period in Gelderland, a province in the east of the Netherlands. After that, specialists from the local archaeological research agency RAAP began work.

They said they had found a relatively intact Roman sanctuary. The remains of statues of gods, reliefs, painted plaster products, as well as a number of entire votive altars that were dedicated to various gods and goddesses were found. In addition, archaeologists noticed a preserved stone well, painted walls and a large number of tiles. Researchers believe that at this place there were several temples dedicated to different gods, says on the RAAP website.

The sanctuary is located at the confluence of the Rhine and Waal rivers, where there was already a small hill, which was artificially made a little higher. Temples were located on the top of this hill. Now we can talk about two buildings in the Gallo-Roman style with painted walls and tiled roofs.

At the same time, the remains of several dozen votive stones (small altars) are of particular interest. The stones are dedicated to Hercules-Magusan, Jupiter and Mercury. The last two gods are from the traditional Greco-Roman pantheon, but Hercules-Magusan is a synthesis of the Greek god-hero with a local character. True, while experts find it difficult to answer, with Celtic or Germanic.

It is noted that a large stone well was not just a source of water: inside it, a stone staircase was preserved that leads down. Probably, archaeologists suggest, the well had some kind of sacred function. Around the temples, judging by the hearths found around them, large sacrificial fires burned from time to time.

According to experts, not many Roman sanctuaries have been discovered in the Netherlands today, which is quite natural: the fact is that it was the northern outskirts of the empire, bordering on very difficult neighbors. And the place where these temples were found is located on the very German limes – the border.

Roman limes – a system of border fortifications, as a rule – defensive ramparts with watchtowers. On the inner side of the shaft there were military camps, kastrums. At some distance there were castells – now one could say that these were camps with reserve units.

VFU fired 12 shells at Gorlovka in the DPR