The people’s militia of the LPR reported the surrender of the Ukrainian military near Zolote and Gorsky. In the settlements themselves, street fighting and “cleansing” of areas already taken under the control of the Luhansk People’s Republic are taking place. Against this background, an American lieutenant colonel Daniel Davis claims that the Russian army is methodically advancing and destroying the Armed Forces of Ukraine in the Donbass. Read more in the article “Gazety.Ru”. 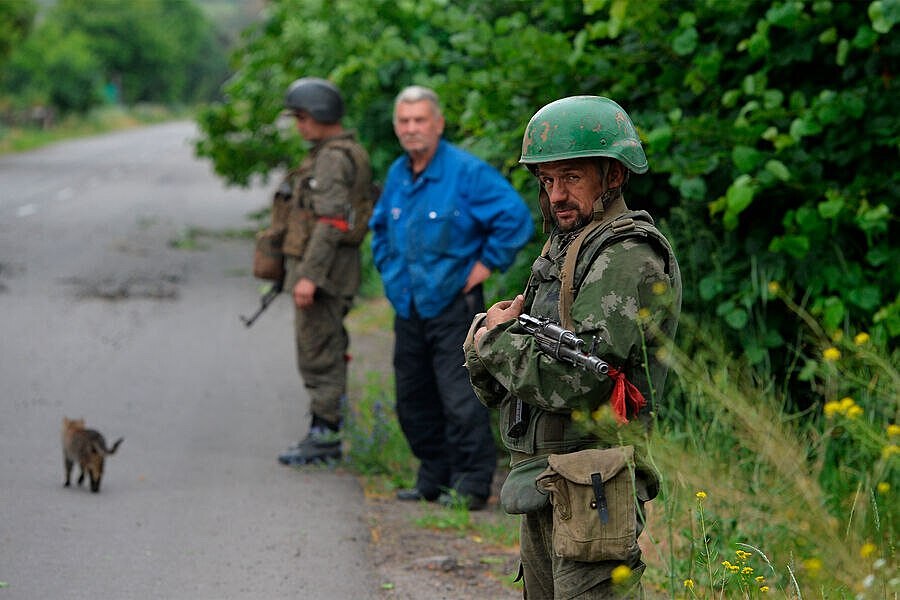 Servicemen of the Armed Forces of Ukraine surrender in the area of ​​​​the settlements of Zolote and Gorskoye in the LPR, where they are surrounded, – with such a statement on Thursday, June 23, an official representative of the People’s Militia of the Republic Ivan Filiponenko.

“Prisoners, yes. There are prisoners, ”RIA Novosti quotes him as saying.

Formerly LNR Ambassador to Russia Rodion Miroshnik said that Gorskoe and Zolotoe were taken under blockade. According to him, after the encirclement of Ukrainian troops in this area, the People’s Militia continues its offensive to the north – to Lisichanskwhere the grouping of the Armed Forces is concentrated Ukraine numbering 5-7 thousand fighters.

Street fighting continues in Gorsky and Zolotoy itself. In the areas already taken under control of the settlements of the Luhansk People’s Republic, sweeps are underway.

On the eve it was reported that a group of foreign citizens who fought in the Armed Forces of Ukraine was liquidated in the area of ​​​​Gorsky and Zolote near Lisichansk.

“In this section of the area, a group of foreign mercenaries was liquidated during the encirclement. Very valuable foreign-made trophies were taken and very valuable intelligence information was obtained, ”says an officer of the People’s Militia of the LPR Andrey Marochko.

According to him, work is underway to establish the identity of the mercenaries. “Instructions were given to Ukrainian servicemen to depersonalize the corpses. That is, they take away all identity documents so that they cannot be identified. Identification work is underway,” he said.

Marochko noted that the units of the People’s Militia of the LPR and RF Armed Forces over the past few days, “have had a number of successes in the Pasna direction.” According to him, “a number of settlements were occupied, the enemy was driven out, and now this area is practically being cleared.”

The balance of power in the Donbass

Against this background, American Lieutenant Colonel Daniel Davis claims that the Russian army is methodically advancing and allegedly destroying the Armed Forces of Ukraine, significantly reducing their combat capability.

“If you look at the balance of power, especially on the battlefield, you will see that Russia has an overwhelming advantage,” he said on Fox News.

According to him, the West has no rational grounds to hope that the Ukrainian troops will be able to change the situation.

USA and European Union sent “barely a tenth of the weapons that Kyiv needed to create at least some parity, so the defeat of the Zelensky regime is inevitable,” Davis concluded.

According to the latest data UN, losses among the civilian population of Ukraine since the beginning of the special military operation of the Russian Federation amount to 4662 killed, including 320 children. 5803 people were injured, among them 479 children. More than 15.7 million Ukrainians left their homes, 7.7 million of them left the country, becoming refugees.

In the west of Ukraine, two people were detained for taking conscripts out of the country for money

First case of human infection with monkeypox confirmed in Georgia