A referendum on the accession of the Kherson region to Russia should be held after the completion of the Russian military operation, said State Duma deputy from the Crimean region Mikhail Sheremet. However, Nikolai Novichkov, deputy from the Just Russia – Patriots – For Truth party, believes that it is permissible to organize it earlier, and the special operation does not interfere with the will of the people. Novichkov added that it is possible to immediately hold a vote on the inclusion of four regions in the Russian Federation: the DPR, the LPR, the Kherson region and South Ossetia in one day. 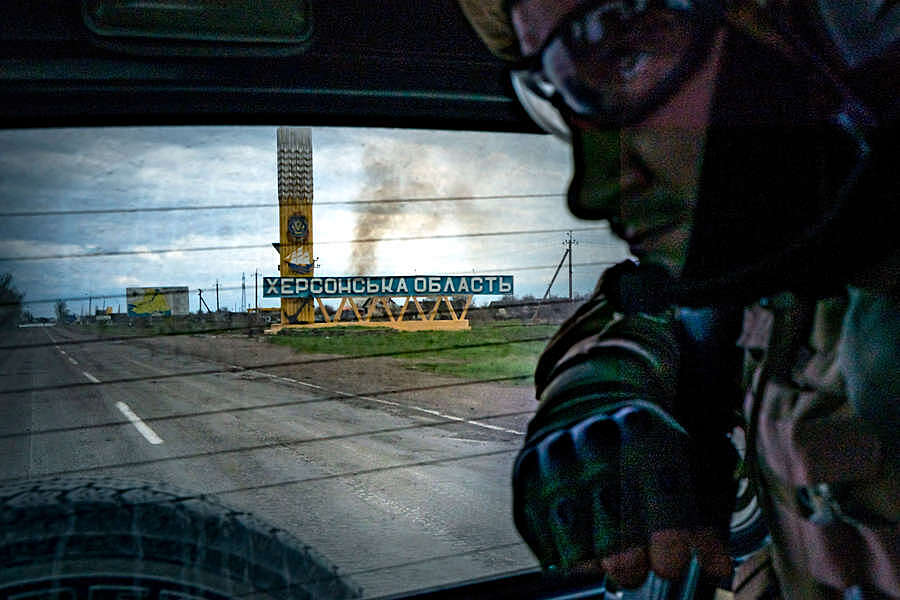 State Duma deputy from the Crimean region Sheremet is sure that not only the Kherson region, but also the rest of the south of Ukraine will “inevitably” join Russia. According to him, “over time” Russian troops will occupy the Odessa and Nikolaev regions, and there will also be referenda, “in which people will choose their new future.”

“The southern regions of Ukraine were historically part of the Russian Empire, and their reunification with Russia is inevitable,” Sheremet says.

But, the deputy added, it is “premature” to hold a referendum on any of the Ukrainian territories occupied by Russia.

“We need to complete the special operation <...> and ensure security. <...> We first need to create all the conditions so that people can make a balanced and democratic decision, ”the RIA Novosti deputy explained.

As Sheremet noted, while rockets are flying through the cities, “it will be difficult for people to make such a responsible choice.”

A referendum in Russia on joining the Kherson region to the Russian Federation may take place simultaneously with referendums on the inclusion of the DPR, LPR and South Ossetia. The right time is a single voting day on September 11, 2022, at the same time, State Duma deputy (Fair Russia – Patriots – For Truth party) Nikolai Novichkov suggested.

“I consider this a quite realistic scenario, in my opinion, the option of holding referendums in September is possible. <...> You can do this even before the end of the special operation, I don’t see any obstacles here, ”Novichkov said.

But Senator Andrei Klimov clarified in an interview with Gazeta.Ru that in order to join the Kherson region or other regions, it may not be necessary to hold a referendum in the Russian Federation.

“When a territory is part of our composition, they send an application and the results are attached to it [местного] referendum. Further, the leadership of the Russian Federation decides on the expediency, after which an agreement is concluded on the entry of this territory into Russia, which is subject to ratification by both houses of parliament. All citizens of Russia who have reached the age of 18 have the right to elect the authorities: the President and the Parliament. So the president, the parliament and the duly elected composition of the Constitutional Court of Russia make decisions on behalf of the citizens of the Russian Federation, who are our only source of power,” the senator explained.

Earlier, President of South Ossetia Anatoly Bibilov (who lost the presidential election the day before) scheduled a referendum on joining Russia for July 17. The politician explained that joining the Russian Federation is an “age-old dream” and “aspiration” of the Ossetian people. “We are going home, we are going to Russia,” Bibilov used these words to accompany the signing of the decree on the referendum.

The elected president of South Ossetia, Alan Gagloev, who will take office on the 20th of May, is not against the referendum. But he said that first it was necessary to “reach certain agreements” with Moscow in order not to complicate “an already difficult geopolitical situation.” The Kremlin has so far reacted to the news around the referendum with restraint, indicating only that it respects “the opinion of the people of South Ossetia.”

On May 14, State Duma deputy Artur Taymazov announced that South Ossetia would follow the path of Crimea in the issue of unification with Russia. “If we have already decided to hold a referendum, I think so, we are moving towards reunification [Южной Осетии с Россией]”, he said, answering a related question.

Zatulin noted that Bibilov acted “not quite correctly” – the elected president of the republic should have called the referendum, and not the loser. “He comes from the desire to do something in the end, it’s ugly,” the special representative summed up.

President of Ukraine Volodymyr Zelensky said yesterday that Kyiv would never recognize Crimea as part of Russia and would never agree to the secession of Donbass. He also promised to withdraw from negotiations with Russia if referendums were held in the territories occupied by the Russian army. On May 11, the Kremlin reported that negotiations with Ukraine were now going on “very sluggishly and ineffectively.”

State Duma deputy from the Crimean region Sheremet said that “the recognition of Crimea and the people’s republics of Donbass, as well as the rejection of any claims and encroachments on these territories” by Ukraine was one of the conditions for ending the Russian military operation. However, according to Sheremet, President of Ukraine Volodymyr Zelensky “refused at the behest of American patrons.”

The MP also said that now Zelensky’s position on the ownership of Donbass and Crimea “is no longer interesting to anyone,” because Zelensky will soon be sent “to the dustbin of history.” “His position and statements about the non-recognition of Crimea and the republics of Donbass are no longer interesting to anyone, unimportant and indifferent,” Sheremet said.

Yefim Fiks, the first vice-speaker of the Crimean parliament, spoke in the same vein. “For us, the recognition of Crimea by Ukraine is like a stop signal for a hare. <...> We ourselves will sort out our affairs, ”Fix concluded.

What is dead water? The phenomenon that prepares a fatal destiny for ships – El Sol de México

The situation in Hungary is appalling: we are the EU leaders in housing growth