Karpunin said that there are three victims in the trauma center of the first level of the hospital.

“The condition of one is assessed as extremely serious. The patient was admitted with a severe concomitant injury. Intensive therapy is being carried out, artificial ventilation of the lungs,” the head physician said.

The condition of two other victims is said to be critical. Patients underwent a complex of therapeutic and diagnostic measures, intensive therapy continues.

“The issue of transferring patients to a military hospital is being decided Moscow city”, – concluded Karpunin.

On Friday night, an Il-76 military transport plane crashed in Ryazan region in the area of ​​​​Mikhailovsky highway. There were nine people on board, four died, doctors are fighting for the lives of five. The Ministry of Defense reported that the plane collided with the ground during an unloaded training flight. What is known about the crash – in the material “Gazeta.Ru”

The report about the plane crash in the Ryazan region was received at 03:18 Moscow time, TASS was told in the press service of the regional head office of the Ministry of Emergency Situations.

“During the training flight without cargo, due to an identified engine malfunction, the crew decided to land on the ground. Upon contact with the ground, the plane was partially destroyed, ”RIA Novosti was told in Ministry of Defense of Russia.

Telegram channels have published a video of the plane crash. The footage shows that the ship caught fire while still in the air. According to the Baza Telegram channel, the fire occurred in the fourth engine, which caused the fall. A TASS source said that the fire extinguishing system did not work.

“Currently, it has been established that the cause of the plane crash was an engine fire. The investigation into the circumstances of the incident will be continued, ”said the agency’s source in emergency services.

According to Baza, the military aircraft was flying from Belgorod in Orenburg and sat down in Ryazan at the Diaghilev airfield to refuel. The plane took off again at 03:05.

“Less than a minute after takeoff, the airfield controller saw a flash in the fourth engine area and tried to contact the crew. The commanders of the aircraft (there were two of them, the so-called “twin” crew) Gusarov and Petrushin did not answer. When trying to land, the IL-76 collided with the ground, ”the publication said.

Telegram channel Shot published photos from the crash site. The aircraft broke into several parts from a collision with the ground, torn off landing gear wheels lie among the wreckage, and the fuselage is on fire.

A source in the emergency services told TASS that the area was cordoned off, and rescuers were spilling debris.

According to Telegram channel 112, one of the commanders of the aircraft, Petrushin, did not survive.

There were nine people on board the plane. The website of the government of the Ryazan region reported that four members of the crew of the IL-76 were killed, doctors are providing assistance to five victims.

“According to preliminary information, four people died as a result of a plane crash near Mikhailovsky Highway in Ryazan. Five more with injuries of varying severity are in medical institutions in Ryazan. They receive the necessary medical care. The condition of the victims is stable,” the statement said.

Acting Governor of the Ryazan Region Pavel Malkov clarified in his Telegram channel that the condition of all the victims is stable, but serious. A TASS source said that one of the survivors is in intensive care. 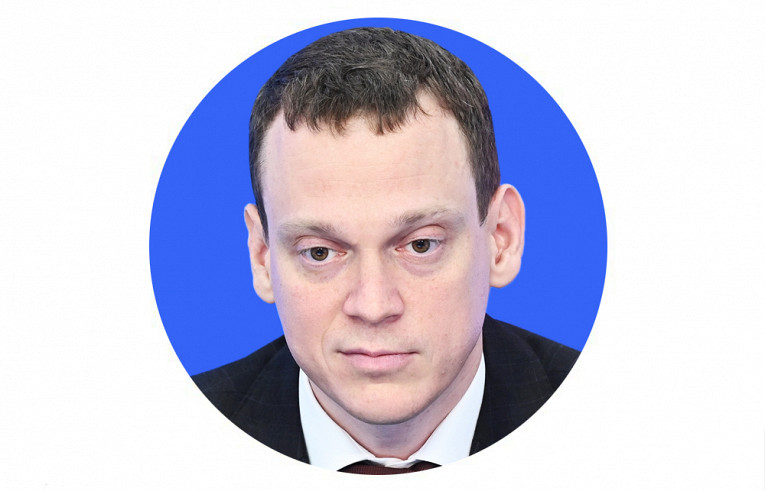 “All services of the region worked quickly, which made it possible to save the survivors. Currently, Ryazan doctors are providing assistance to five victims of the plane crash, ”wrote Malkov.

He also thanked the crew of the aircraft – “the pilots to the last took the faulty car away from residential areas, the plane managed to land in the field” and avoid casualties on the ground.

The Mash Telegram channel reported that the identity of one of the dead has not yet been established: he was admitted to the hospital “with polytrauma”, doctors recorded death at 5:50 in the morning.

A representative of the city emergency hospital in Ryazan told RIA Novosti that one victim was taken to the city hospital, the rest to the regional clinical hospital.

A TASS source said that the plane crashed in a field in the immediate vicinity of private residential buildings, in the meadows of the floodplain of the Pletenka River near Mikhailovsky Highway.

A local summer resident, who witnessed the crash of the aircraft, told RIA Novosti that when Il-76 crashed, he hit a power line, after which electricity was cut off in his village.

“The hum went unnatural. I tell my wife: “Probably the plane crashed.” I go out – everything is already blazing here. It was at the beginning of the fourth,” he said.

The absence of electricity was confirmed by TASS in the administration of Ryazan, specifying that several streets of the city were de-energized.

“There was a blackout on two streets – Bibliotechnaya and Sitnikovskaya. Residential buildings were left without electricity,” the source said.

Another eyewitness, a former pilot, told Izvestia that the Il-76 pilots tried to steer the aircraft away from residential buildings.

“The landing approach is much further. Here he just fell. It fell to pieces, ”the man added.

The moment of the fall of the Il-76 military transport aircraft and the first minutes after the disaster in Ryazan were caught on video.

In the above video, it can be seen that the ignition of the aircraft engine began in the air.

The fire at the crash site of the Il-76 transport aircraft near Ryazan has been extinguished. This is reported by TASS with reference to a source in emergency services.

The fire has been extinguished,” the spokesman said.

According to reports, the plane crashed in a field near private residential buildings in the area of ​​​​Mikhailovsky highway, in the meadows of the floodplain of the Pletenka River.

The wreckage of the fallen Il-76 military aircraft in Ryazan destroyed a small bridge across the Pletenka River, a 62INFO correspondent reports from the scene.

The wreckage of the plane was scattered over a huge area. Emergency services arrived at the scene overnight. Almost the entire Moscow department of the police department is involved in the cordon, aviation technical services are working.

A small bridge over the Pletenka River was destroyed by debris, it is located within the cordon radius. It has already been restored.

The correspondent noted that almost the entire plane burned down. The tail section survived the best.

A professional pilot commented on the 62INFO incident with a military aircraft that crashed near Mikhailovsky Highway on Friday, June 24th.

“IL-76 is a military transport aircraft. It has been in operation somewhere since the late 70s and is considered very reliable. Load capacity – about 40 tons. About the same amount of fuel. It is very difficult to land such a colossus on the ground, as the crew of this IL-76 did, ”said the pilot.

The interlocutor of 62INFO added that, most likely, at the time of landing, something caught fire or got out of control.

“But the guys are definitely great, the guys acted very coolly. They probably have three engines left. If so, then they had to make this decision while flying over residential areas. And they accepted it, they consciously landed on the ground,” the source stressed.

He also noted that the crew did not have the opportunity to eject, as in some fighters.

“Landing on three engines, on unprepared ground, is a very difficult and responsible decision, and judging by the way they flew, they accepted it and did everything to get away from residential development,” the pilot concluded.

Work on the restoration of power lines, where the Il-76 plane crashed in Ryazan, will be completed before 17:00.

This was reported to TASS in the city administration.

Earlier it was reported that the plane damaged power lines, several streets of Ryazan were left without electricity.

“Approximately by 17:00, work on the restoration of power transmission lines will be completed,” the source said.

The administration clarified that only the private sector remains without electricity.

Head of Administration of Ryazan Elena Sorokina called the fall of the Il-76 military transport aircraft a terrible tragedy and expressed condolences to the families and friends of the victims. She wrote about this on the page “VKontakte”.

“Tonight, an Il-76 transport aircraft crashed in the area of ​​Mikhailovsky Highway. A terrible tragedy that claimed the lives of people … There are dead and injured. The crew of the aircraft worked skillfully and heroically – they took the crashed plane away from the residential areas of Moscow and Prioksky. Thanks “their work managed to avoid even greater losses. I offer my deepest condolences to the families and friends of the victims. To the victims – a speedy recovery, strength of mind,” she wrote.

Earlier, the acting governor of the Ryazan region, Pavel Malkov, also expressed his gratitude to the crew of the aircraft, which took the latter away from residential areas.