Ukraine will be forced to negotiate with Russia with the loss of control over the Donbass and the restriction of the supply of Western weapons, the senator believes Federation Council Sergei Tsekov. He called the conditions for the parties to return to the discussion of a ceasefire in a conversation with Lenta.ru. 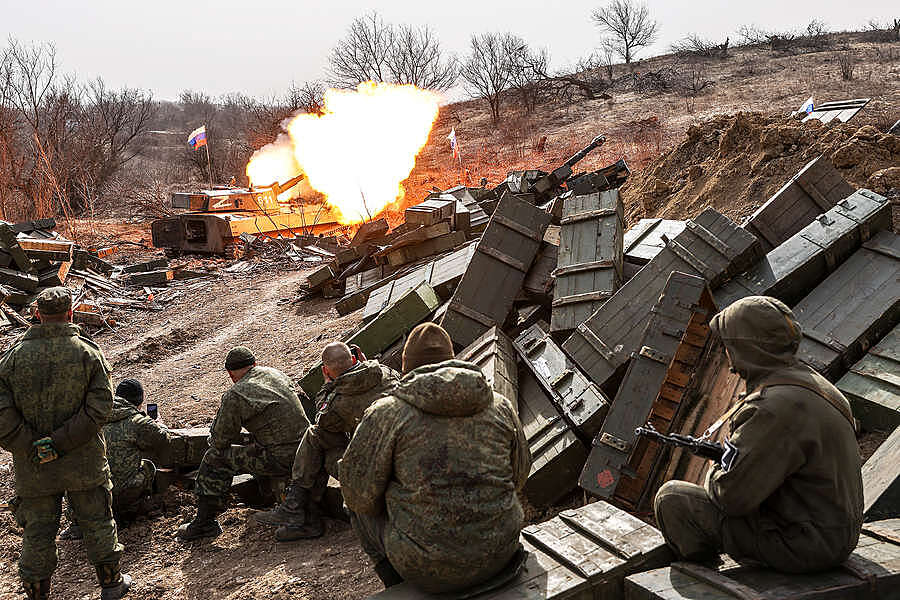 “In Ukraine, absolute amateurs and inexperienced people are in power,” he said. Tsekov. “They console themselves with the illusion that they can liberate the territory from Russian troops by force, they hope for a miracle weapon that Europe and America will supply. The only ones who understand something about what is happening today are the Ukrainian military, but they do not have the right to vote, their opinion is not taken into account.”

The senator added that Ukraine is also under pressure Great Britain and USAfor whom the war is of great interest.

Tsekov admitted that serious territorial shifts in Ukraine would take place this year, which would give a new impetus to the resumption of the negotiation process.

“In three or four weeks, Donbass will be liberated, then more active operations will begin in other regions of Ukraine, and the miracle weapon supplied by the West will be paralyzed. And then Ukraine will already be forced to negotiate, not paying attention to the Americans and the British, ”concluded the politician.

Political scientist Konstantin Kalachev in a conversation with Lenta.ru, he recalled that there are two main approaches to negotiating: a ceasefire and, in fact, a settlement of the conflict. For example, the Korean conflict ended with a ceasefire agreement, but the conflict was never completed.

“Both the Russian and Ukrainian leaderships from time to time declare their readiness for negotiations, but in both cases the conditions turn out to be unacceptable for the opposite side. For example, Ukraine demands the withdrawal of troops to positions before February 24th. Russia vs. Ukraine, in turn, is not ready for peace in exchange for territories – all the polls conducted show that society is not ready to compromise its principles and give up its lands in exchange for resolving the conflict and peaceful coexistence of the two states, ”explained the political scientist.

He also recalled that Russia aimed at denazification, but Ukraine, in principle, denies Nazism in the country. Nor is it ready for demilitarization, since unilateral disarmament is fundamentally impossible in conditions of mutual distrust.

Someone has to make concessions

“As a result, we come to the conclusion that everyone wants negotiations. But each on their own terms. Hence the statements that the problem cannot be solved until the situation at the front is determined, ”said Kalachev.

The political scientist suggested that the first negotiations ended due to the changed attitude of Ukraine to its capabilities – in Kyiv considered that they were able to hold back the onslaught of the Russian army and the forces of the DPR and LPR.

The political scientist noted that the situation in which none of the parties will look like a loser today already seems fantastic. Someone will have to make certain concessions. Russia is categorically not ready for this. The readiness of Ukraine, according to the political scientist, will be determined by the ability of the Armed Forces of Ukraine to further resistance.

“When Russia and Ukraine understand that the conflict can drag on for many years, the search for compromises will begin. I think that in the summer the phase will still be active, but by mid-to-late autumn there will be fewer illusions and both sides will be ready to return to negotiations, ”Kalachev believes.

He suggested that the conflict could end with the preservation of the army on both sides and fixing the line of confrontation.

Former Minister of Foreign Affairs of Russia Sergei Lavrov declaredwhat in Moscow do not see the possibility that the West will allow Ukraine to return to negotiations. According to him, the United States and Great Britain have effectively banned Kyiv from engaging in dialogue with Moscow, and Ukraine has ceased to enter the negotiating level since April 15.

The Russians fired a cruise missile at Transcarpathia

Sberbank has 18 billion in compensation left, no one has filed for it