Parliament Bulgaria passed a vote of no confidence in the government. Commenting on the results of the vote, the Prime Minister Kiril Petkov in his last speech, he blamed the ambassador for his resignation Russia In Bulgaria Eleonora Mitrofanov. The Russian diplomat considered his words “a convenient explanation” and the fruit of “anti-Russian hysteria.” The conflict between Petkov and Mitrofanova arose back in March – against the backdrop of a military special operation of the Russian Federation on Ukraine. 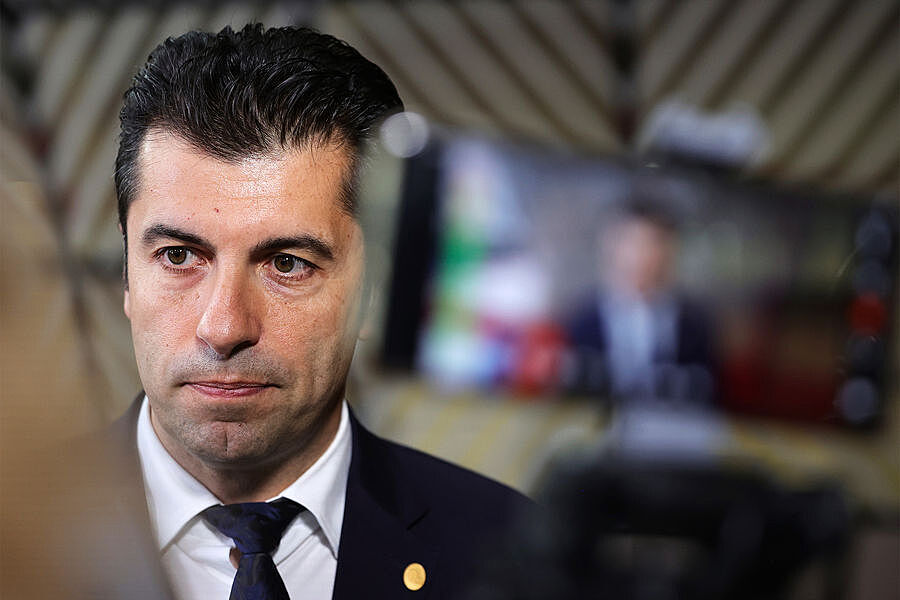 According to Kiril Petkov, the parliamentary vote is “just a small step on a very long road.” He is sure that the opposition, which initiated the vote of no confidence in the government, did not understand that “in this way they cannot defeat the Bulgarian people.” The ousted prime minister promised that he would continue the “battle for victory” so that one day Bulgaria would become a “normal and successful” country – “without people ruling from the shadows, without the mafia.”

Petkov said that businessman and former MP Delyan Peevski, the leader of the GERB party that put forward a vote of no confidence Boyko Borisov, the head of the There Are Such a People party Slavi Trifonov, who left the government coalition, and the Russian ambassador to Bulgaria, Eleonora Mitrofanova, were to blame for his resignation.

“It was an honor for me to lead the government that overthrew Peevski, Borisov, Trifonov and Mitrofanova,” Novinite quoted him as saying.

According to the BNR radio station, Petkov said that while in power, he sought to protect the interests of the country, and “penetration of Russian interests” became possible due to the actions of the opposition Renaissance party.

Politico specified that 123 out of 239 deputies voted against the prime minister and his cabinet of ministers. since the special operation began in Ukraine. He also supported sanctions EU and refused to pay for Russian oil in rubles. Because of this, Bulgaria was left without Russian gas.

The publication noted that the ruling coalition lost a majority due to disputes over budget spending and whether Bulgaria should unblock North Macedonia’s entry into the European Union. According to TASS, the decision on the government of the country is now in the hands of Bulgarian President Rumen Radev. He will have to hand over a new mandate for the right to form a government to the winner of the early parliamentary elections – the “Continue Change” coalition.

If she fails, the mandate will be given to a coalition of the GERB party and the Union of Democratic Forces. If in this case there is no success, then the head of state has the right to transfer the mandate to any of the parties represented in parliament. In the event that all three attempts to form a government fail, the president will dissolve parliament, appoint a technical government and set a date for new early parliamentary elections.

Conflict between Petkov and Mitrofanova

Commenting on Petkov’s accusations, Mitrofanova said that such a position is “convenient” for the Bulgarian authorities.

“The fact that Mitrofanova is to blame is probably such a convenient explanation for them, since now Russia is generally to blame for everything. But in fact, last year there was a huge government and parliamentary crisis, parliamentary elections were held three times, and finally, he met “, – said the ambassador on the air of the TV channel “Russia 24”.

According to her, when “difficulties began” in the country, “anti-Russian hysteria” arose, although traditionally the Bulgarian people treated Russia well.

“The list (of those responsible for the resignation of the government) lacks Batman and Catwoman,” the Russian diplomat said.

After February 24, Mitrofanova drew criticism from the Bulgarian authorities when, in a video greeting on the Day of Liberation from the Ottoman Yoke (March 3), she compared the Russian special operation to the Russian-Turkish war of 1877-1878. Her appeal was posted on the Telegram channel of the Russian Embassy in Bulgaria. Later, she told Russia 24 TV channel that the Bulgarian people do not support “neither the rhetoric nor the actions of their government regarding the special operation in Ukraine.”

On March 24, Reuters cited Petkov as saying that Bulgaria had decided to recall its ambassador in response to Mitrofanova’s “undiplomatic, harsh and rude” comments.

“I don’t think there is a Bulgarian citizen who can be happy to see how a foreign diplomat insults the Bulgarians and the Bulgarian government … We are a country that respects its institutions, and such behavior is unacceptable,” the Bulgarian prime minister stressed.