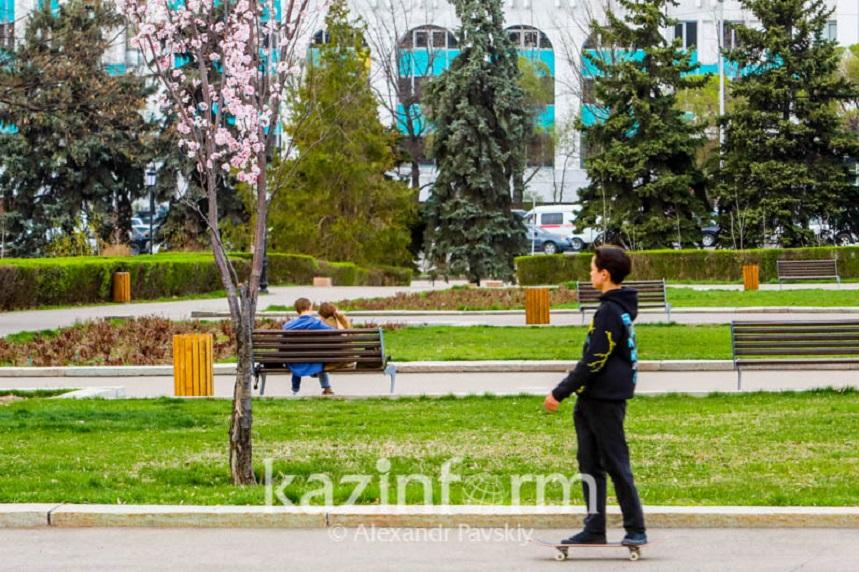 ALMATY. KAZINFORM – Six parks will be built in Almaty on the outskirts of the city. They will house children’s and sports grounds, recreational areas. Landscaping plans and problematic issues were presented during a press tour for the media, Kazinform reports.

– in the Medeusky district: md. Alatau;

– in the Nauryzbai region: along the Kargaly embankment.

At the moment, Almaty has 211 park areas with a total area of ​​631.2 hectares. Eight of them are landscaping, repair and reconstruction works:

– in the park “Zheltoksan” in md. Lighthouse in the Turksib region;

– on the embankment along the bed of the Esentai river in md. Kokmais in the Zhetysu region;

– in the park near the Schoolchildren’s Palace in the Medeu district;

– in the park “Northern” behind KBTU in the Almalinsky district;

– on the pedestrian zone of Baiseitov: from the street. Satpaev to st. Zhambyl;

– on the territory of the State Enterprise “Almaty Zoological Park”;

– along the water protection strip and the bed of the Esentai River: from the water separator to the street. Zhamakaev in the Medeu district;

Earlier, Akim of Almaty Yerbolat Dosayev checked the progress of works on improvement of the Zheltoksan park. The head of the city administration criticized the quality of the laying of paving slabs: on almost all footpaths, the paving stones sagged, crevices, chips and cracks are noticeable, the paint comes off the benches even before commissioning.

The akimat noted that problems with the maintenance of parks and squares of the city are observed regularly. A proposal was made to transfer the functions of ensuring the proper quality of work and control to a single operator – Eco Almaty LLP.

Ferenc Gyurcsány did not take over his parliamentary mandate

Compensatory tariff for water, heat and sewerage introduced in Aktobe