Today, Thursday, the Ministry of Industry and Trade announced new investments in the automotive sector with a value of one billion and 700 million dirhams, which will be hosted in 4 Moroccan cities, and will allow the creation of 12,000 direct jobs.

The ministry confirmed in a communiqué received by “Today 24” a copy of it, that the eight investment agreements fall within the framework of developing deep integration and qualitative upgrading of the electrical wiring system for cars, through the localization of the activities of electrical connectors, cable and cable bundle stations for electric cars, plastic parts and other professions of precision mechanics and mechanization. .

Three agreements were signed with Yazaki Group to establish a factory for the production of electric wires for cars in Meknes and to expand its units in Kenitra and Tangiers, with a total investment of 751 million dirhams, which will create 6,300 jobs.

An agreement was signed with Sumitomo Group to expand its unit for the production of electrical cable belts in Casablanca with an investment amount of 146 million dirhams, which will create 2,000 jobs.

Two agreements were signed with the Lear Group related to the establishment of two factories, one of which is in Tangiers, which is concerned with the manufacture of cable bundles and electrical conductors stations, and the other is for the production of electric bundles and cables for cars, with a total amount of 346 million dirhams, with the creation of 2162 jobs.

The other two investment projects relate to the construction of a molding and conductor assembly unit by TE Connectivity in Tangier with a total value of 202 million dirhams, which will create 350 jobs, and a factory for the production of câbles Bowden and locking systems by Stahlschmidt in Tangiers for an amount of 107 million dirhams, which will allow the creation of 1075 jobs.

In a statement on the occasion, Mazour affirmed that “these projects are a strong indication of the attractiveness of the National Automobile Platform, its flexibility and its ability to adapt, stressing the importance of establishing the foundations for specializing electric cables as one of the largest providers of jobs and adding value to the sector: “To achieve this goal, we, with our partners, have developed An industrial system for technological professions that requires highly qualified competencies to provide our engineers and technicians with the opportunity to develop electrical engineering for tomorrow’s cars, in engineering centers in Morocco.” 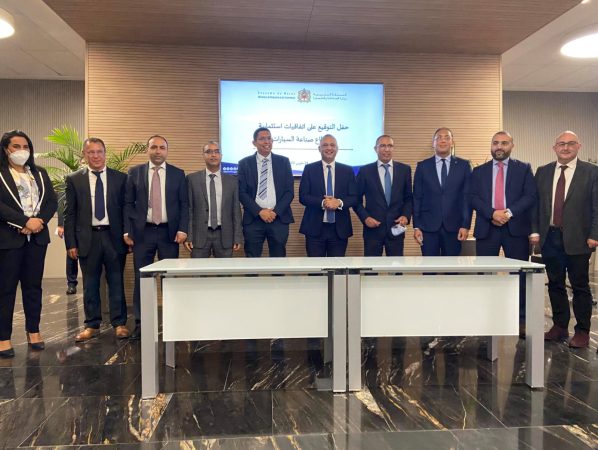 Investigation of the agent of a forged king in Inzgane

Ministry of Defense of the Russian Federation: the cruiser “Moskva” sank while towing in a storm