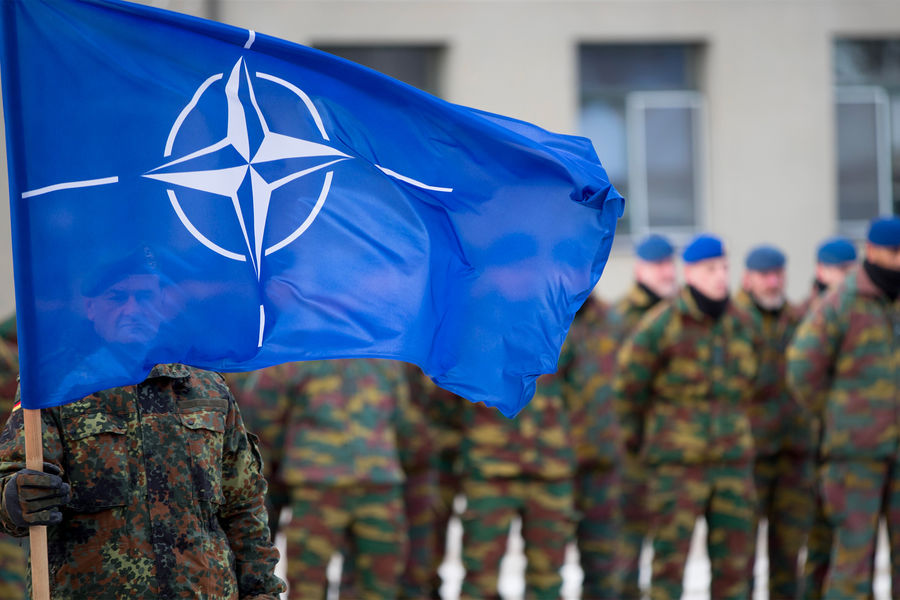 Presidents of Russia and Finland Vladimir Putin and Sauli Niiniste had a telephone conversation about the desire of the Finnish authorities to join NATO. AT Moscow the conversation was described as “a frank exchange of views”. AT Helsinki stated that the dialogue was “straight and straightforward” but that tensions had to be “avoided”. The Finnish leader informed his Russian colleague that he could apply for membership in the alliance in the coming days. The latter called the decision erroneous, since “there are no threats to the security of Finland.”

Finnish President Sauli Niiniste said in a telephone conversation with his Russian counterpart Vladimir Putin that the country would decide to seek NATO membership in the coming days.

“President Niiniste spoke to President Putin about how fundamentally the Finnish security requirements have changed Russia at the end of 2021, aimed at preventing countries from joining NATO, ”the Finnish leader’s office said in a statement following the talks. The report also notes that the decision of Helsinki was influenced by the military operation launched by Russia on Ukraine.

As Niiniste noted, even during the first meeting with Putin in 2012, he told him that every independent country is responsible for its own security. “That is exactly what is happening now. By joining NATO, Finland strengthens its own security and assumes responsibility. And in the future, Finland wants to correctly and professionally solve practical issues that arise in connection with the neighborhood with Russia, ”the chancellery quotes the politician.

It is emphasized that the conversation between Niiniste and Putin was “straight and straightforward”, as it was important to “avoid tension”. The phone call was initiated by Finland.

The Kremlin described the conversation between the leaders as a “frank exchange of views.”

“Vladimir Putin emphasized that abandoning the traditional policy of military neutrality would be a mistake, since there are no threats to the security of Finland,” the message says. administration of the Russian president.

A sharp change in Finland’s foreign policy may have a negative impact on relations between Moscow and Helsinki, which “for many years have been built in the spirit of good neighborliness and partnership cooperation” and were “mutually beneficial.”

During the conversation, Putin also shared his assessments of the state of the Russian-Ukrainian negotiation process “virtually suspended by Kyiv,” the Kremlin added. The Ukrainian side does not show “interest in a serious and constructive dialogue.”

“Do not be guided by emotions”

Formerly Deputy Foreign Minister Alexander Grushkocommenting on the possible imminent expansion of the alliance, said that Moscow “will not be guided by emotions.”

“It is clear that this change cannot remain without a political reaction, as well as without a very thorough analysis of the consequences of a new configuration of forces that may be formed as a result of the next expansion of the alliance,” he stated.

The diplomat also stressed that the Russian Federation has no hostile intentions towards these countries.

The actions of Stockholm and Helsinki at the same time fit “in the notorious search for an enemy, which is expressed in a practical, political, military sense in the demonization of Russia.”

According to Grushko, the process of accession of Sweden and Finland has already been worked out, so the alliance will quickly accept them “with open arms.” “Everything has already been worked out there so that this process goes off without a hitch, without a hitch, even, as far as I understand, with a deviation from their own procedures for accepting new members through a mandatory passage through the membership preparation plan,” he said.

The debate on the country’s accession to NATO will be held in the Finnish Parliament on 16 May. According to the newspaper Expressen, Sweden will submit an official application for joining the alliance that day.

If the countries join NATO, Russia’s direct border with the alliance will increase by more than 1,200 km. With Finland, the Russian Federation has 1271 km of common border, including 1091 km of land. Sweden does not border the Russian Federation, except for the direct access across the Baltic to the Kaliningrad region.

According to the rules, a NATO country must spend 2% of its GDP on defense. Finland already fulfills these conditions (defense budget – $5.9 billion), Sweden does not yet – only 1.3% ($7.9 billion), but military spending of both countries has risen sharply in recent years.

all regions of Kazakhstan are in the “green” zone