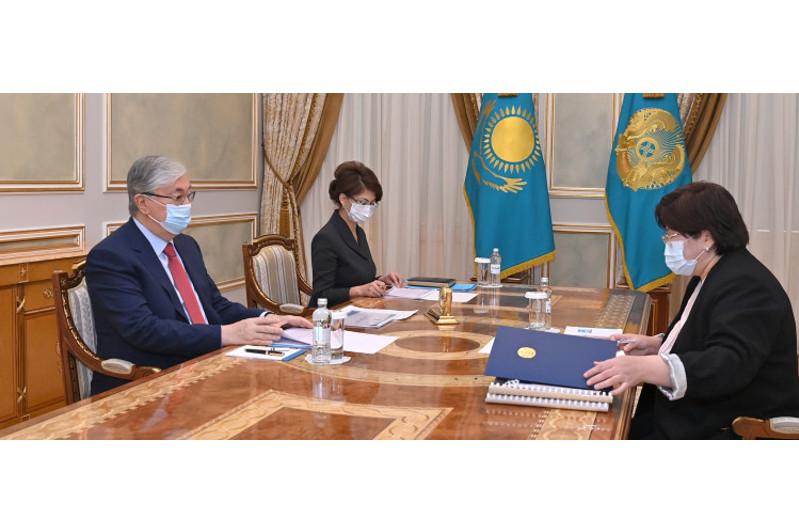 Kassym-Jomart Tokayev heard information about the results of the activities of the Commissioner for Human Rights for 2021, including the measures taken to assist in restoring the rights of citizens.

Elvira Azimova reported to the Head of State on the issues of protecting human rights at the stage of pre-trial investigation, including in the context of the January events. The President was presented with proposals to improve legislation on the activities of law enforcement agencies, protect human rights under the state of emergency, and expand the mandate of the jury.

In the context of the President’s initiative to empower the Commissioner for Human Rights with the right to appeal to the Constitutional Court, the Ombudsman informed about the recommendations of the Venice Commission of the Council of Europe. This initiative was announced by Kassym-Jomart Tokayev in a recent Address to the people of Kazakhstan.

Elvira Azimova presented the proposals under development for the second package of measures in the field of human rights.

Following the meeting, Kassym-Jomart Tokayev gave a number of instructions aimed at ensuring effective protection of the rights of citizens. The President noted the need for close cooperation with the Prosecutor General’s Office and broad public awareness of the results of the investigation.

All regions of Kazakhstan remain in the “green” zone for coronavirus

Sharply warmer in the next three days in Kazakhstan