Science knows volcanic eruptions that occurred on Earth more than a hundred million years ago, when humanity had not yet appeared on the planet. In terms of the strength of the explosions and the volume of gases and lava ejected, these disasters are not comparable to the volcanic activity that people could already observe. Eruptions of the historical period were much weaker. However, it is difficult for us to call them “minor”. The activity of Vesuvius in 79 led to the destruction of three cities and the death of two thousand Romans. The eruption of Mount Pinatubo in 1991 destroyed two US military bases and killed nearly 900 people. We have compiled a list of the most powerful volcanic eruptions in human history. 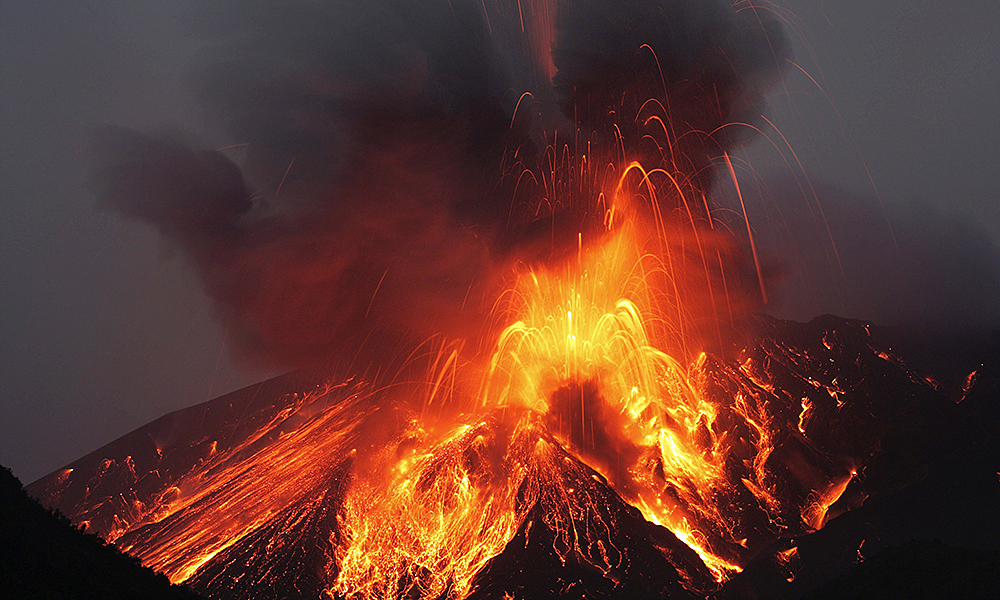 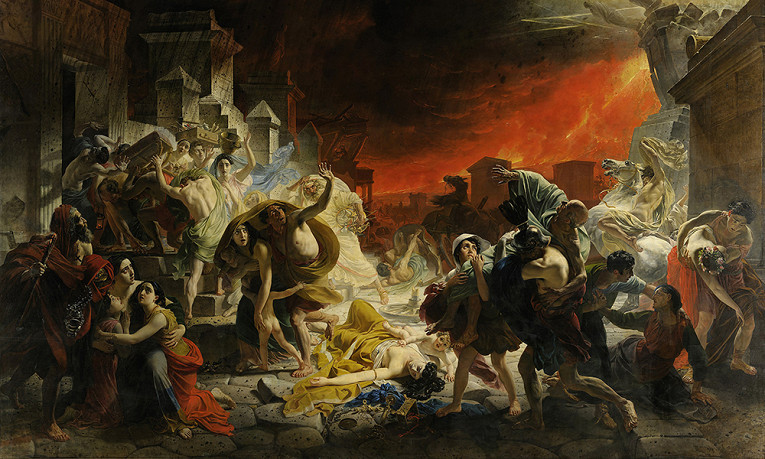 Vesuvius volcano with a height of 1281 m is located 15 km from Naplesand is currently active. Over the hundreds of thousands of years of its existence, Vesuvius erupted more than 50 times, and the most famous disaster occurred in 79 AD. Then the eruption caused the death of the Roman cities of Pompeii, Stabia and Herculaneum. Two thousand people became victims of the natural disaster. In the memoirs of eyewitnesses that have survived to this day, it is said that volcanic dust “spilled over the earth”, as during a flood, and the cities were shrouded in “darkness”, recalls the publication “High tech”.

In 1827, the Russian artist Karl Bryullov visited the excavations of Pompeii. Then he had the idea to paint a big picture about an ancient catastrophe. After six years of work, Bryullov completed the canvas, called “The Last Day of Pompeii.” Now this painting with an area of ​​456.5 × 651 cm is kept in the State Russian Museum in St. Petersburg. 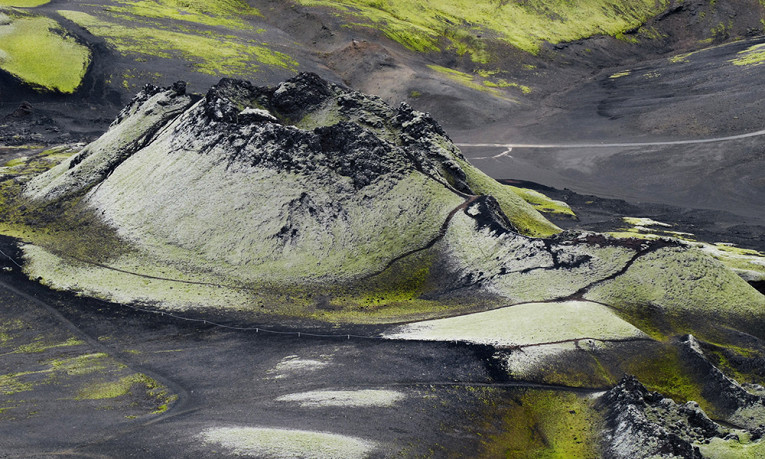 Located in the south of Iceland, the Laki volcano is currently a chain of more than 100 craters up to 818 m high. The inhabitants of the northern island have long been accustomed to small earthquakes and insignificant volcanic activity, but the Laki eruption, which began on June 8, 1783, was unprecedented until then. times of disaster. The lava that erupted from the craters over the next eight months spilled over an area of ​​2,500 square kilometers. The red-hot mass destroyed cities and villages.

People and animals suffered mainly from the consequences of the volcanic eruption. Harmful substances from the craters that got into the air and water poisoned more than half of the livestock throughout Iceland, after which a famine began, which claimed the lives of about 10 thousand people (10% of the country’s population).

Residents of other European countries also suffered. Volcanic gases entered the Gulf Stream and reached Britain, where people died because of these poisons. Climate change was also a consequence of the emission of harmful substances, which was observed, among other things, in America and Japan. There began droughts, floods and extremely cold winters. 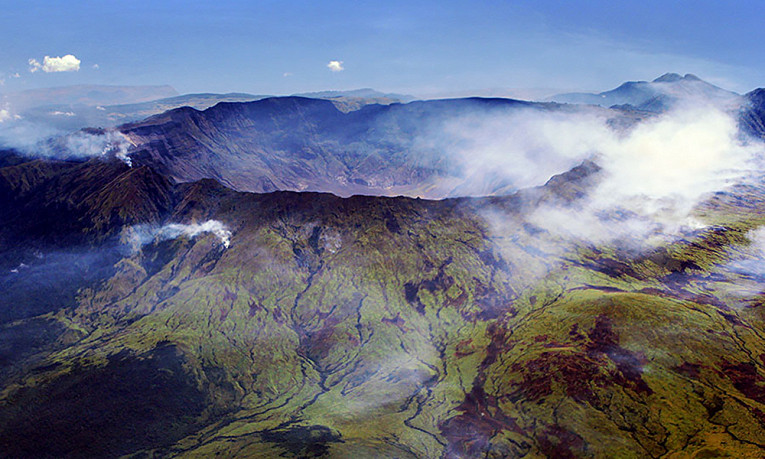 current stratovolcano Tambora is located on the Indonesian island of Sumbawa. Its height is 2850 meters. The activity of the Tambora volcano reached its peak in April 1815, when 150-180 cubic kilometers of material was ejected from the crater during the eruption. Explosions destroyed the top of the volcano and caused a pyroclastic flowswho destroyed the settlements at the foot of the mountain. Volcanic ash moved to other islands and fell on Java and Borneo. Due to the fluctuation of the earth’s surface, a tsunami began, the victims of which were about 10 thousand people. Later, about 80,000 more inhabitants of the nearby islands died of disease and starvation caused by climate change and crop failure.

According to scientists, in the next 50 years, the eruption of the Tambora volcano may occur again. The probability of this event is from 10%. 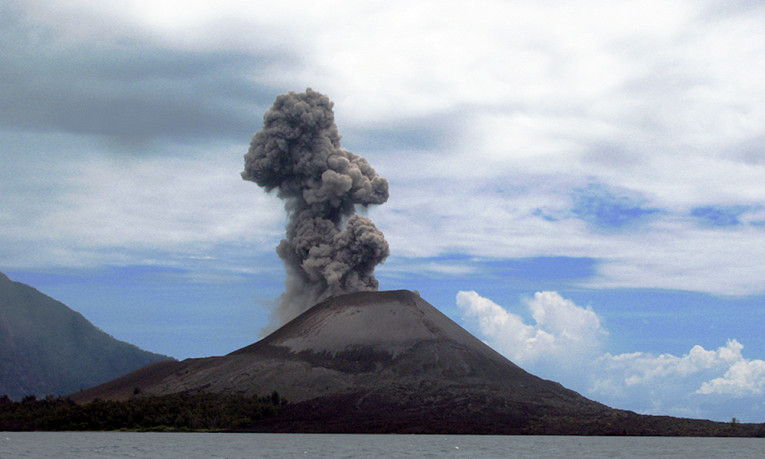 At the end of the 19th century, another powerful eruption occurred in the Malay Archipelago. The volcano Krakatau, which was then located on a separate island between Java and Sumatra, exploded in 1883 and collapsed into three parts. The two-kilometer cone of the volcano collapsed during the eruption. The force of that explosion is estimated at 100-200 megatons of TNT, which is 10 thousand times more powerful than the explosion of the atomic bomb in Hiroshima.

Rocks and ash ejected from the crater scattered over an area of ​​800,000 square kilometers. A tsunami up to 20 meters high killed 36,000 people on neighboring islands.

On the site of the former Krakatoa, after the disaster, three different islands were formed – Rakata, Sertung and Rakata-Kechil. 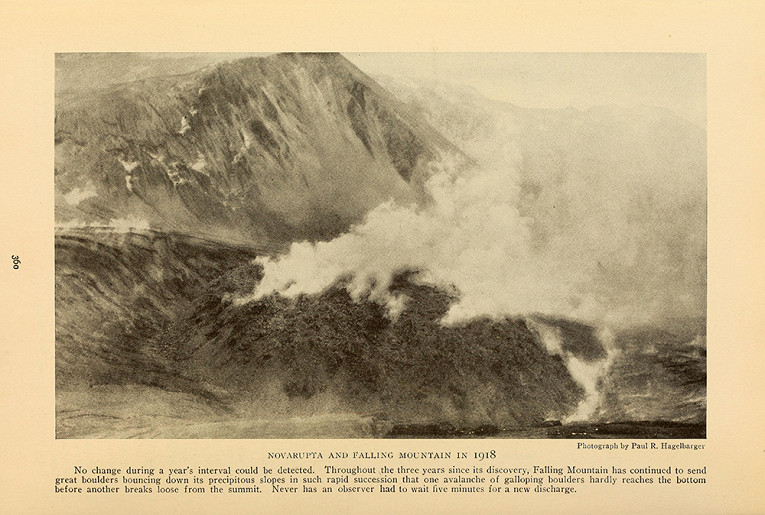 On June 6, 1912, an eruption began in southern Alaska near Mount Katmai, which led to the formation of the Valley of Ten Thousand Smokes and the new volcano Novarupta. The ash column rose 20 kilometers, and the sound of the explosion was heard at a distance of 1200 kilometers. The catastrophe was accompanied by the gathering of pyroclastic flows. The volume of ash ejected was 11 cubic kilometers. These particles were flying in the atmosphere for another year after the eruption. The red-hot masses destroyed swamps and rivers.

At present, the height of the Novorupta volcano is 841 meters, the diameter of the crater is 3500 meters.

The Valley of Ten Thousand Smokes is an area of ​​100 square kilometers covered in ash from the 1912 eruption. In its place, once there were pine forests, a river and springs. 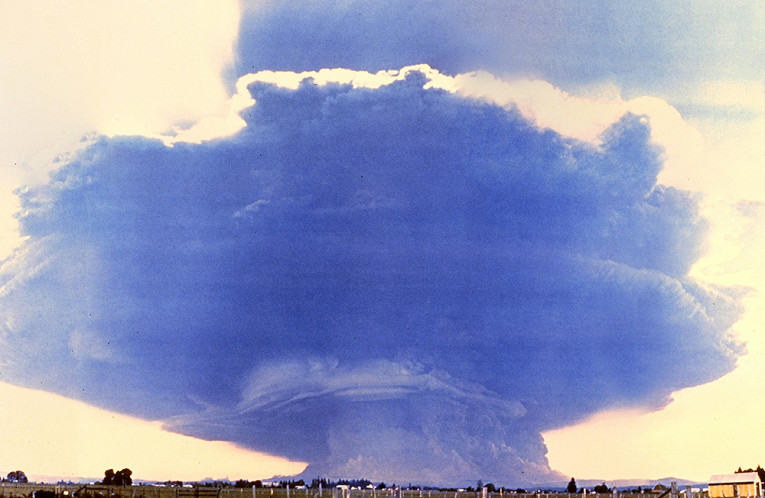 St. Helens is one of the most active volcanoes in the United States. This mountain with an absolute height of 2549 meters is located in the state of Washington, 154 kilometers from Seattle.

The consequence of the eruption of St. Helens, which occurred on May 18, 1980, was the death of 57 people. A giant landslide descended from the slope opened the way for lava and hot gases, and a stream of ash began to erupt from the cone in a vertical direction. In a settlement located 400 kilometers from the volcano, visibility during daylight hours was only three meters. As a result of the disaster, the surface of the earth with an area of ​​​​600 square kilometers burned out. This led to the death of deer, elk, bears, small mammals and birds. 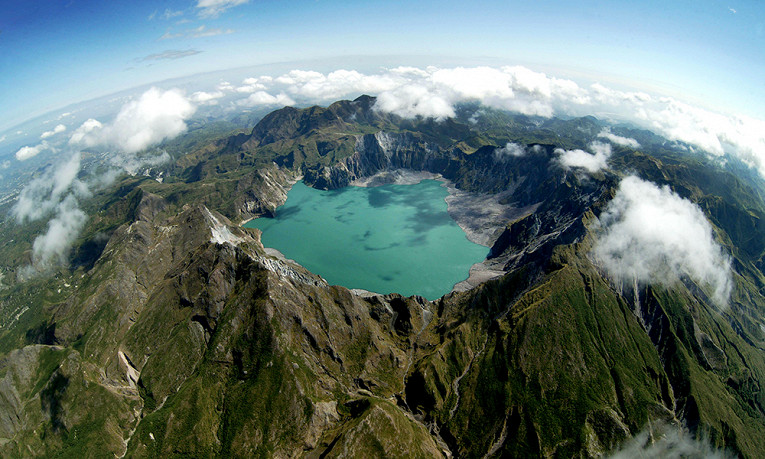 The Pinatubo volcano, located on the island of Luzon in the Philippines, was almost forgotten by the time it erupted in 1991. Prior to that, it had been dormant for hundreds of years and was covered by the jungle. However, in March 1991, a series of tremors occurred on the northwestern side of the mountain, and on June 12, the first eruption began there. The most powerful ejection of volcanic masses occurred three days later, but what was happening was difficult to observe because of the typhoon. Satellite images showed an umbrella-shaped ash cloud 34 kilometers high and 400 kilometers in diameter.

Hot streams from the vent flooded 400 square kilometers of the surface. 17 million tons of sulfur dioxide got into the atmosphere.

At least 875 people became victims of the Pinatubo eruption. The natural disaster destroyed the strategic US Air Force Base Clark, as well as the US naval base.

In Argentina, the delay in the approval of “Sputnik V” was called a restriction of people’s rights