Zakharova pointed out with humor that the list of “guilty” is incomplete.

“The list lacks Batman and Catwoman,” RIA Novosti quoted her as saying.

“I think the person is tired, he began to talk,” Zakharova added.

People’s Assembly Bulgaria voted on Wednesday for a vote of no confidence in the country’s coalition government headed by Prime Minister Kiril Petkov. The meeting was broadcast on the website of the Parliament and on the air of the Bulgarian National Television.

Speaking to deputies, Petkov blamed opposition party leaders and the Russian ambassador for the failure of the government.

“It was an honor for me to lead a government that was toppled from [Деляна] Peevsky (Movement for Rights and Freedoms – TASS note), [Слави] Trifonova (“There is such a people” – approx. TASS), [Бойко] Borisov (“Citizens for the European Development of Bulgaria” – TASS note) and [посла РФ в Болгарии Элеоноры] Mitrofanova. I want to make it clear that the vote of no confidence is a small step on a long journey, I promise that we will continue the battle for a state without shadow power and mafia, for a normal and European Bulgaria,” the retired prime minister said.

The Russian embassy, ​​where TASS turned for comment in connection with the mention of the ambassador’s name in Petkov’s statement, noted that the diplomatic mission does not interfere in the internal affairs of Bulgarian politics.

“The Russian Embassy does not comment on the internal affairs of Bulgarian politics and the personal opinion of the Prime Minister,” the diplomatic mission noted.

In accordance with the current legislation, the decision on the government of the country passes into the hands of the President of Bulgaria, Rumen Radev, who must hand over a new mandate for the right to form a government to the winner of the early parliamentary elections, the “Continue Changes” coalition, if they fail to do this, then the coalition will receive the mandate from the GERB party and the Union of Democratic Forces, and then the head of state has the right to transfer the mandate to any of the parties represented in parliament. If none of the three attempts to form a government succeeds, then the president will dissolve parliament, appoint a technical government, and set a date for new early parliamentary elections.

Bulgarian Prime Minister Kirill Petkov is threatened with resignation, as the country’s government does not support a rash sanctions policy against Russia. An article about this was published by Politico.

Bulgaria’s Prime Minister Kirill Petkov’s government is likely to vote in a vote of no confidence, firing an administration that has vowed to purge the country of endemic corruption and has taken an unusually strong stance on Russia.

The authors pointed out that Petkov, from the very beginning of his reign, was distinguished by his desire to pursue a “pro-NATO” policy towards the Russian Federation. As part of it, the prime minister fired the defense minister, who did not sufficiently condemn the actions of the Kremlin after the start of the special operation in Ukraine.

The motion against the ruling coalition was put forward by former Prime Minister Boyko Borissov’s opposition party GERB. He accused the Petkov cabinet of being unable to cope with rising inflation and criticized the financial policy of the incumbent prime minister.

Earlier, the parliament had already dismissed its speaker Nikola Minchev from Petkov’s party “Continuation of Changes”. This move demonstrates the seriousness of the prime minister’s resignation, the authors explained.

Russia has been conducting a special operation to demilitarize Ukraine since February 24, 2022. Since its inception, Western countries have imposed an unprecedented number of sanctions against the country.

Later, Russia stopped supplying gas to Bulgaria due to its refusal to comply with the new conditions for paying for deliveries in rubles. Deputy Prime Minister and Minister of Finance Asen Vasilev reported that Bulgaria would not conclude a new contract with Gazprom for the supply of gas after the end of the current one.

The Bulgarian authorities will not expel Russian Ambassador Eleonora Mitrofanova, as this will lead to a complete break in relations with Russia. This was stated by the Prime Minister of Bulgaria Kiril Petkov, writes RIA Novosti. He added that such decisions should be treated with extreme caution.

If we do this, then it will be a complete break in relations, and we believe that it is much more expedient if such a step is taken at the level EUPetkov said.

The parliamentary faction “Democratic Bulgaria” made a demand to expel the Russian ambassador from the country in connection with the events in Ukrainian Bucha. Later, Deputy Prime Minister Asen Vasilev said that the Council of Ministers was considering this proposal.

European diplomacy has failed to prevent the conflict in Ukraine and continues to demonstrate its ineffectiveness in responding to this crisis. This was stated by the President of Bulgaria Rumen Radev at the Third Sofia Economic Forum, the press service of the head of state said on Wednesday. 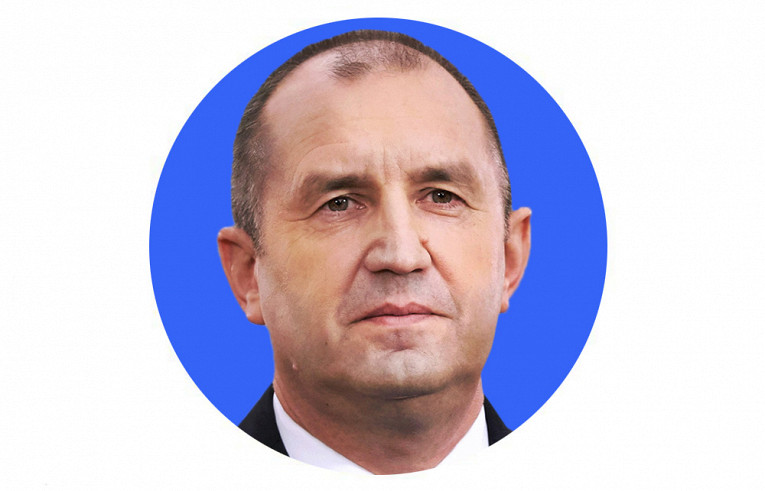 “Diplomacy did not have time to prevent the conflict in Ukraine and continues to retreat. There is no decisive policy that could quickly put an end to aggression and a war in which not only the warring countries, but the entire European economy suffer losses every day,” Radev said.

According to the Bulgarian President, after the end of the Cold War, Europe took peace for granted and did not make enough efforts to preserve it either in the field of defense and security or in diplomacy.

“We have to ask the question: why is diplomacy following rockets and bombs?” – asked Radev and pointed out that “multilateral diplomacy is in crisis, and the previously established security architecture has collapsed.”

Yavlinsky returned to Moscow from vacation