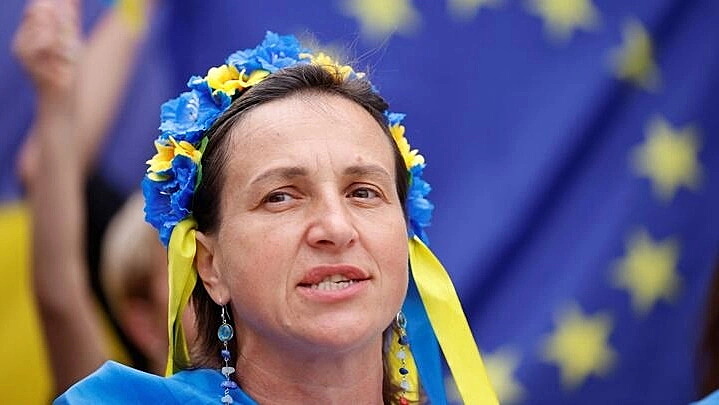 On March 1, the representative of Ukraine to the European Atomic Energy Union Vsevolod Chentsov announced the successful registration of an application for membership in a political association. President of Ukraine Vladimir Zelensky during the video message announced the transfer of the application to Brussels.

After obtaining the status of a candidate member of the EU, the process of preparation for accession follows, within the framework of which the convergence of the legislation of Ukraine with the legislation of the European Union is expected. For full membership, Ukraine must fulfill the requirements European Commission (EC), which have been unchanged since 2014, when Kyiv first raised the topic of European integration.

In particular, Brussels demands the continuation of judicial reform and the implementation of the reform of the Constitutional Court. These processes in the Ukrainian legislation “stalled” even before the start of the special operation due to contradictions between Zelensky and the opposition. In addition, a system of anti-corruption legislation should be built in Ukraine. Also, Kyiv must at the legislative level provide proper support to national minorities, primarily the Hungarians. Budapest repeatedly appealed to international institutions demanding to force Kyiv to change the law on the state language and on education.

Political scientist Tatiana Romanova emphasizedthat the final dates for Ukraine’s accession to the European Union depend on when and how successfully the country’s political issues are resolved.

Georgia’s reaction to the refusal to grant EU candidate status

The EC also granted candidate status to Moldova, leaving aside Georgia’s application. Ppremier miniIrakli Garibashvili called the commission’s refusal unfair, because theThe Zinsk side, unlike the Ukrainian one, has succeeded in carrying out the reforms necessary for European integration.

Garibashvili suspected that the head of the Servant of the People parliamentary faction of Ukraine, David Arakhamia, during a trip to Washington and Brussels, took some steps to prevent Georgia from being given the status of an EU candidate country due to allegedly violating the sanctions regime against Russia.

Garibashvili suggested that the European powers met Ukraine halfway only because of a special military operation on its territory. He also noted that the decision on Moldova was associated with a geographical factor, referring to the proximity of the state to the hostilities in special operastions in Ukraine.

Positions of the member states of the European Union

Since the filing of the application by Ukraine, it has been supported by France, Germany, Italy and Romania, although in early May French President Emmanuel Macron sHe said that the process of Ukraine’s accession to the EU could take several decades. The most active supporters of European integration were Poland and the Baltic countries. 20 June Minister of Foreign Affairs of Poland Zbigniew Rau named the issue of granting Ukraine candidate status is a foregone conclusion.

Nevertheless, Albanian Prime Minister Edi Rama noted that the EU will not give Ukraine the opportunity to quickly join the European Union.

Skepticism about the Ukrainian side was expressed in Denmark and Norway, speaking out against granting the country the status of a candidate. Danish officials noted that Kyiv does not adequately fulfill criteria related to the stability of democratic institutions, the rule of law, human rights, respect and protection of minorities.