Lost Election President South Ossetia Anatoly Bibilov set a date for a referendum on joining Russia – it should happen on July 17th. Earlier, the politician said that entering Russia is the “age-old dream” of the Ossetian people. Bibilov will soon be replaced by the one who bypassed him in the elections Alan Gagloev. He explained that any winner of the elections would hold a referendum, because “this is the will of the people.” The future president clarified – first you need to get approval MoscowThe Kremlin has so far reacted with restraint. 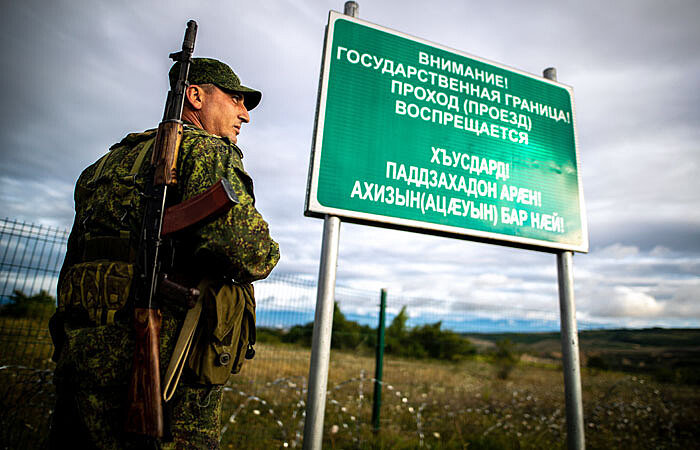 The current president of South Ossetia, Anatoly Bibilov, has scheduled a referendum on joining Russia for July 17.

“Guided by the historical desire of the people of the Republic of South Ossetia for reunification with Russia and in accordance with paragraph 16 of Art. 50 of the Constitution of the Republic of South Ossetia, President Anatoly Bibilov signed today a decree on the appointment of a referendum, ”the website of the President of the country says. The decree comes into force from the date of signing.

“We are going home, we are going to Russia,” Bibilov commented on the signing of the decree.

During the referendum, residents of the partially recognized republic will be asked to answer one question on a ballot: “Do you support the unification of the Republic of South Ossetia and Russia?”

Previously Central Election Commission countries approved a package of documents accompanying the referendum. The Supreme Court of South Ossetia has already considered and approved them.

“There was a meeting of the Supreme Court today, they unanimously adopted this decision, returned [пакет документов президенту]. And he signed,” TASS was told in the administration of the President of South Ossetia on May 13.

Bibilov raised talk of joining Russia ahead of the presidential election, against the backdrop of a Russian special operation and recognition of the DNR and LNR by Russia. Bibilov said on March 30 that “South Ossetia will be part of its historical homeland, Russia,” and the authorities will take the necessary legal steps in the near future.

“In the Constitution of the Republic of South Ossetia, everything is extremely clearly painted, written, shown. Of course, we need to ask the opinion of the people, <...> so that the people express their attitude towards becoming part of the Russian Federation. This is not very difficult to do, moreover, knowing the opinion of the people, I think that this can be done without delay. Of course, there are procedural moments, <...> as they say, this is a matter of technology, ”Bibilov said.

According to him, joining Russia is the “strategic goal” of South Ossetia, the “age-old dream” and “aspiration” of the Ossetian people. Bibilov noted that “consultations are already underway” with Russian colleagues. At the same time, he clarified that he did not personally discuss the referendum with the President of Russia. Vladimir Putin.

“The main historical, strategic goal of the Ossetian people, a divided people, is to unite within the framework of one state. This state is the Russian Federation. Our people have repeatedly designated this goal, we had the opportunity to make our centuries-old dream come true in 2014, when Crimea returned to its native harbor. We then missed our opportunity, but we cannot allow this to happen again, ”the appeal said.

Under the unification of the divided people, Bibilov meant a connection with North Ossetia, which is part of the Russian Federation. He drew attention to the fact that in Russia there are “procedures” by which it will be possible to unite the two subjects.

“Many people say who will be the head, the president [единого региона]where the government will be – these are technical issues that can be resolved. <…> Ossetia, without a doubt, must be united,” the politician summed up.

On April 10, presidential elections began in South Ossetia, in which Bibilov lost in two rounds. In the second, according to the results of processing 97% of the protocols, Alan Gagloev from the opposition Nykhas party beat him. Bibilov received 43.3% of the vote, Gagloev – 54.2%.

Gagloev must take office on the tenth day after the announcement of the results. The CEC of South Ossetia determined the results of the second round on 12 May. Thus, Gagloev should take the place of the president in the 20th of May.

At the end of April, after winning the first round, he himself said that the referendum would be held by “any elected president” of the republic, because “such is the will of our people.”

“The main factor here is the willingness of the Russian Federation to take on such responsibility. It is necessary to carry out preliminary work, to reach certain agreements. Each step must be compared with the position of a strategic partner so as not to complicate an already difficult geopolitical situation, ”the future president urged.

At the same time, he stated that the economy of South Ossetia “needs to be raised.”

“Because it is extremely dishonorable to live entirely at the expense of the Russian taxpayer and, moreover, to come up with corrupt schemes for the withdrawal of these funds. It has been so until now, but it will not be again. My team and I firmly promise this, ”Gagloev emphasized.

On May 11, Gagloev said that South Ossetia would hold a referendum “as soon as the time is right.” “The point here is not that we need to unite, but what kind of mechanism. We are well aware that in this situation not everything depends on South Ossetia. We have a strategic ally – Russia – and on such important issues, all steps must be taken in concert,” the president-elect explained.

The Kremlin, after Bibilov’s statements about the March 31 referendum, said that it could not yet “express any position” on the issue.

“We have not taken any legal or other actions in this regard. But at the same time, in this case, we are talking about expressing the opinion of the people of South Ossetia, we treat it with respect, ”said the press secretary of the President of Russia Dmitry Peskov.

Chairman of the Committee State Duma for the CIS Artem Turov stated that there are no legal obstacles for the entry of South Ossetia into Russia.

The independence of South Ossetia, in addition to Russia, is recognized by four of the 193 members UN: Nicaragua, Venezuela, Nauru and Syria.

Georgia considers the republic its occupied territory. “Talking about holding some kind of referendum [в Южной Осетии] are unacceptable in the conditions when the territory of Georgia is occupied,” the Georgian Foreign Ministry said.

Berlusconi expressed hope for the restoration of dialogue between Russia, the US and the EU