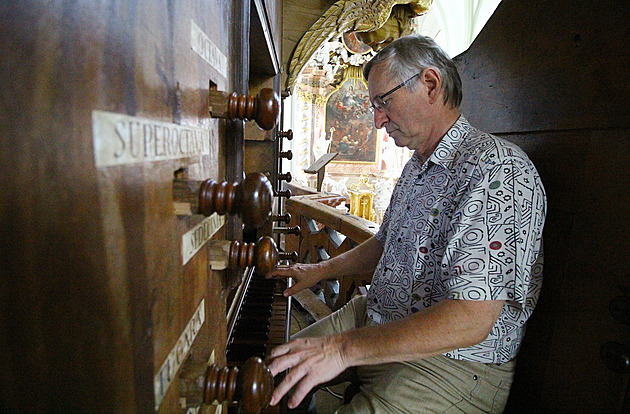 During the summer morning, different generations of organists will play, which will take the instruments across the region, according to festival editor Alfred Habermann.

People could see the first concert at 18. zv Poln. They will follow in eliv, Obytov, Moravské Budjovicche, Humpolci and Jihlav. The first performance took place on Sunday the 25th from 5 p.m. in the Nativity of the Virgin Mary church in Elivsk. The organist Tetiana Tishchenko, a student of the Faculty of Music and Dance at the Academy of Musical Arts in Prague, who comes from Transcarpathia, Ukraine, will perform. In his program called Kyrie eleison, he will play a set of compositions by Czech and Ukrainian composers.

In the Church of the Visitation of the Virgin Mary in Obytov, on January 2nd, starting at 5 p.m., a concert called Nap Evropou will be held, at which the young Slovak organist Juraj Kemen will perform.

The representative of the oldest generation of organists, Jan Hora, will again play in his native Moravské Budjovice, in the local church of St. Jill. On Sunday, June 9, at 5 p.m., I will present a program called Tradition and Patriotism, consisting of works by the composer Johann Sebastian Bach, Leopold Zvonae, Josef Bohuslav Foerster and Jiho Temel.

Organist Pemysl Kica together with trumpeter Miroslav Smrka will perform at a lively concert on Sunday, June 16 at 4 p.m. In the church of St. Mikule will perform a program called Art of Improvisation in Humpolec. As the name suggests, it will mainly consist of improvisations.

The extra concert of the festival will be the benefit concert on November 6, which will take place in the church of St. Ignce in Jihlav. The program will include Requiem by Wolfgang Amadeus Mozart. I am listening to the performances of artists and guests of the National Theater in Prague, Markta Klaudov, Michaela Zajmi, Ondej Holub and Ji Miroslav Prochzek, accompanied by the Small European Orchestra and Campanula Jihlav’s Pveckha Association under the baton of the conductor Josef Popelka Mladho.

We are dedicating the end of this concert to the repair of the organ in Vysokch Studnice, inform the applicant. Admission to the concerts will be voluntary, with the exception of the extraordinary concert in Jihlav, where the price will start at 290 crowns.