Prague, the Mecca of skateboarding. There will be sports under the Barrand bridge 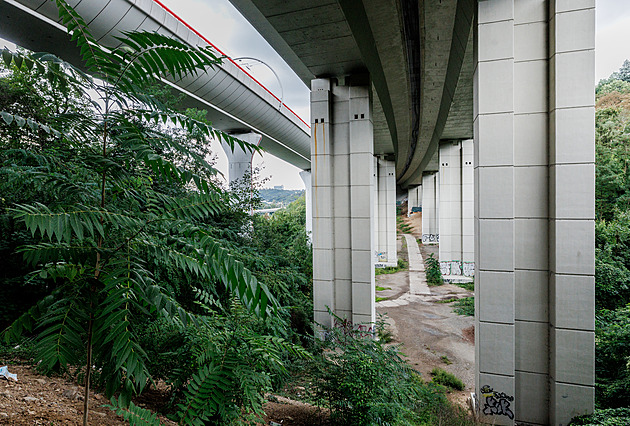 The largest skatepark in the Czech Republic is to be built under the Barrandov overpass. This is what the city looked like in 2022.
| photo:
Petr Topi,
MAFRA

The largest skateboarding park in the Czech Republic, where hundreds of athletes can find a way out, and which will also allow international competition. It will be for not only skateboarders, but of course also for skaters and roller skaters, said David Duek (STAN), councilor of Prague 5, who initiated the project. The park has to satisfy the growing demand for sports of this type.

Former first lady Dagmar Havlov is the owner of the land, which has not yet been used and is occupied by only a few homeless people. On Monday, she signed a memorandum with Prague 5 about the intention to build a sports park, and the town hall also started negotiations with co-investors.

Prague 5 is very willing to Dagmar Havlov contribute to the development of attractive sports industries such as skating, to David Duek.

Havelov joined the collaboration mainly because of Duke. I’ve known him since he was a child, because his family was part of my uncle’s close circle due to dissent. It is therefore a project for me, commented the former first lady, adding that Prague 5 really needs more outdoor sports.

The name of the future skateboarding sanctuary, the Cathedral, was created on the basis of the massive concrete vault from under the bridge, which arches over the space of the future sports park. It is not yet clear when the park will start construction.