Vladimir Putin instructed to index pensions in Russia above inflation – by 8.6%. As the head of state emphasized, the initiative should affect millions of citizens, so the government needs to make appropriate decisions in the near future. The State Duma expects that payments will be further increased retroactively from January 1 of this year. According to experts, the actions of the authorities will make it possible to compensate pensioners for inflationary losses. At the same time, experts do not exclude the possibility of introducing new lump sum payments in 2022.

Russian President Vladimir Putin has proposed increasing the pension by 8.6% in 2022. With this initiative, the head of state addressed the government during a meeting on Wednesday, January 12.

“The decisions made earlier will not allow people to cover the costs associated with the increased inflation last year. Therefore, I propose … to index pensions a little higher than inflation, ”Putin said.

As the Russian leader emphasized, the issue is of a social nature and concerns millions of citizens. Against this background, the President instructed the members of the Cabinet of Ministers “in the very near future” to carry out the necessary procedures and make a decision.

According to preliminary estimates by Rosstat, in 2021, annual inflation in Russia reached its highest level in the last six years and amounted to about 8.4%. Meanwhile, since January 1, 2022, pensions in Russia have been indexed by only 5.9%. 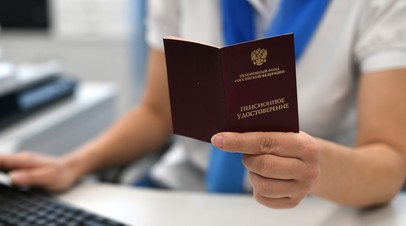 “Remains relevant”: the Kremlin told about the intention to index pensions based on actual inflation

The Kremlin expects that the decision on additional indexation of pensions in Russia will be made in the near future. This was stated by …

“The fact is that initially the indexation was tied to the inflation forecast, which was made back in mid-2021. Then it was expected that the growth rates of prices would be in the range of 5.7-6.2%. Ultimately, for a number of reasons, the indicator turned out to be higher than expectations, so the authorities decided on additional indexation, “Nikita Maslennikov, head of the Finance and Economics department at the Institute of Contemporary Development, explained in an interview with RT.

According to government data, now, taking into account the indexation of 5.9%, the average amount of old-age payments to non-working citizens is 18,521 rubles. Meanwhile, due to the instructions of the president, the figure may rise to 18,984 rubles. This was announced on Wednesday by the Minister of Labor and Social Protection of the country Anton Kotyakov.

According to him, this year the authorities plan to spend 170 billion rubles for an additional increase in payments. The indexation is expected to affect 30.8 million non-working Russians.

Note that the fixed payment to the insurance pension is currently set at 6401 rubles. After indexation, the value should exceed 6,560 rubles, Maslennikov noted.

“Indexation should partially compensate pensioners for the accumulated inflationary losses. At the same time, the situation with the rise in prices is still uncertain, so I do not rule out that somewhere in the middle of the year, the authorities may again initiate lump sum payments, as it was already in 2021. Let me remind you that then pensioners received 10 thousand rubles each“, – added the specialist.

A similar point of view is shared by the head of the scientific laboratory “Quantitative Methods of Researching Regional Development” of the PRUE named after G.V. Plekhanova Elena Egorova. As the expert said in an interview with RT, during the coronavirus pandemic, pensioners became one of the most vulnerable categories of citizens.

“They weren’t very secure in the face of this whole situation. Of course, the indexation is higher than it was planned, it will be very useful for them. Pensioners will be able to spend money on both food and medicine, which is especially important now, ”added Yegorova.

As suggested on Wednesday by the head of the State Duma Committee on Labor, Social Policy and Veterans Affairs Yaroslav Nilov, pensions can be indexed retroactively from January 1, 2022. At the same time, several mechanisms can be used to implement the initiative, the parliamentarian believes.

“Or an amendment to the second reading to those laws that regulate the pension legislation, adopted earlier in the first reading. They are on the committee. Or a separate bill, but it will take longer, “TASS quoted Nilov as saying.

President Vladimir Putin announced the need to index pensions based on real inflation back in November 2021. According to him, the authorities strictly withstood this rule over the past few years and in the current environment, “it would be wrong to deviate from this principle.”

At the same time, the head of state ordered to additionally index a number of other social payments. So, since January 1, 2022, the minimum wage and the cost of living have already been increased in Russia by 8.6%. Moreover, from February 1, taking into account actual inflation, it is planned to increase the size of maternity capital.

“If we talk about the benefits for the economy, then the initiatives of the authorities, naturally, are aimed at supporting real income population. Due to this, it is possible to ensure the growth of consumer demand, which in the future will have a positive effect on business activity in general. At the same time, the state has the resources for this indexation, so decisions will not be critical for the budget and financial planning throughout the year, ”concluded Nikita Maslennikov.