And since it’s trendy these days to remake, reboot, reboot, just do something with a “re”, this year there’s a remaster with almost the same name as the original game, only with a capital R added to the end. So the official name is JoJo’s Bizarre Adventure: All Star Battle R.

It’s a nice complex fighter that relies on a proven approach: it’s easy to learn the basics and hard to master. The fights are fun even if you have no experience with JoJo’s Bizarre Adventure, but you’ll probably be a little (a lot) confused by the words the characters say. And you might be surprised by the bizarreness of some of the fighters. But we’ll talk about that later.

If you’re familiar with the original game, the R version obviously has a few improvements compared to it, and the vast majority of them are for the better. The exception is the story campaign. That is, it is not, because while the story mode was present in the previous game (although it had its reserves), it disappeared from this version and was replaced by the All-Star Battle campaign, which is composed of so-called panels.

Each panel contains a certain number of fights with predetermined characters. After you win a set number of encounters, a boss becomes available to you. Most battles are spiced up with certain conditions (for example, the increasing health of the opponent) so that it is not all “one hill”.

For achievements, you get bonus items and currency to buy various benefits for the fight. Some upgrades (they are temporary) will really affect the difficulty significantly.

What the hell is going on?

It’s unfortunate that the story mode has been removed, as the game will surely be confusing for those who are not fond of the original. They will not know what is the cause of the rivalry between the individual fighters, what is the past that connects them, and they will not really have any idea what is happening on a general scale.

I know the artwork, but I’m not that expert to remember every character’s name and remember all the events from the manga/series. And so it happened that I was sometimes more confused than Ikea furniture assembly instructions.

Removing the story campaign wasn’t the best idea. It is, of course, to be expected that the game is primarily intended for fans of JoJo’s Bizarre Adventure, who have an overview of the story, but with this step, the creators slightly undermined the feet of those who are not closely familiar with the original. That is, they can still enjoy the game, but they will probably constantly ask “what are they walking into?” 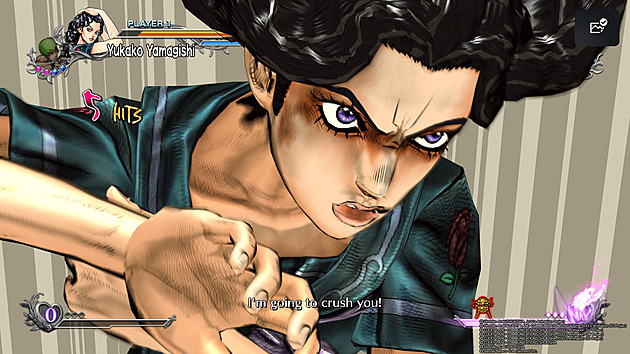 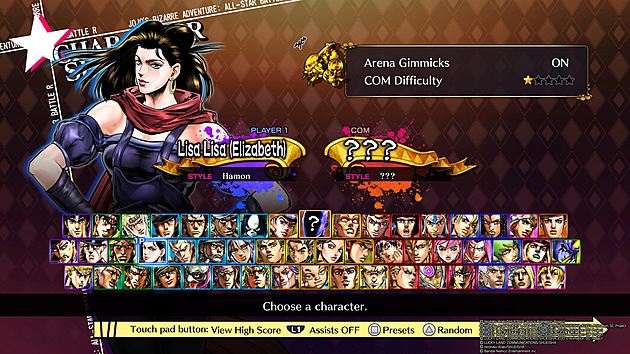 Fortunately, a decent line of characters and enticing and well-thought-out game mechanics are a sufficient band-aid for the pain of not understanding the plot. The range of fighters includes about five dozen characters: some are very famous, others are less known, but most of them are unique enough. Their fighting styles differ significantly, so some individuals are not just outnumbered.

There are quirky characters, such as male fighters in carnival-like clothes, female fighters in very provocative clothes, physically deformed individuals, but also animal beaters. And it must be said that the moments when a miniature dog fights against a lady who can lift a car’s hair are definitely unconventional.

It’s just bizarre, which is no surprise given the title. And it has its charms, that is, if you’re not looking for a game that takes itself deadly seriously. JoJo’s Bizarre Adventure: All Star Battle R bets on excitement and pride.

However, when it comes to the combat system, the creators took it seriously and really played with it. Following the example of other projects, they bet on accessibility for newcomers, for whom an element called Easy Beat is intended.

In this case, just press the light punch button a few times and the characters will start performing an impressive combo. Additionally, if your energy gauge is at least partially filled, a special attack will activate at the end. Another unique strike is also easily doable, again a simple combination (and enough energy) identical for all characters is enough and that’s it.

The basics are not enough

Logically, the question arises whether this will not lead to the fact that even an experienced fighter who has learned all the combinations of punches will not be defeated by someone who will frantically pound the buttons. The answer is usually not.

If you’re going up against “greenies” or low-level AI, you might be fine with this approach, but in the case of higher difficulty or against experienced fighters, you’ll need to bet on a more thought-out strategy. The game managed to make it so that the newcomer is not confused and does not feel that he cannot cope without long hours of studying attacks, but it is only a stepping stone and it will be necessary to bet on something other than Easy Beat. 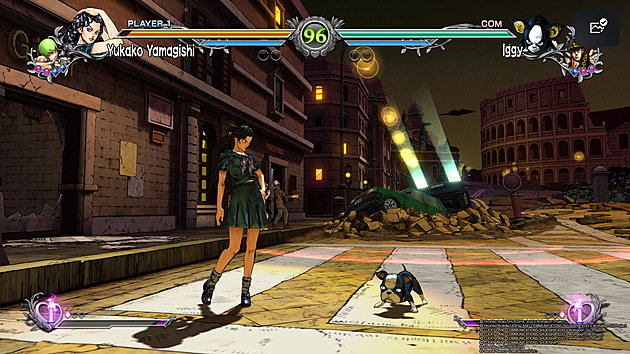 Whether it’s about knowing various other combinations of attacks, careful energy management, blocking and jumping, or the appropriate choice of support abilities. Another strategic level is provided by the possibility of choosing a comrade who can be called for lightning help during clashes.

As a big fan of the genre, I already have a decent line of fighting games and I will not claim that JoJo’s Bizarre Adventure: All Star Battle R offers the most sophisticated combat system. But it certainly belongs to the group of games that have it perfectly polished.

When it comes to the selection of modes, it is a decent standard, that is, except for the missing story campaign replaced by panel fights. There is also an arcade mode (your chosen fighter against a ladder of several opponents), a versus mode (online/offline against a live or AI-controlled rival, and team battles are also available), or training. It should be noted that not all offline modes have an online version and there is no cross-play support, only cross-gen multiplayer is available (PS4 and PS5 owners can play against each other, but they will not compete with Xbox lovers). There are also bonuses such as the ability to edit your fighter (for example his pose) or browse the gallery or listen to music and sounds from the game.

Visually, the game references its comic book roots and looks good. The attack effects are impressive, the comic book feel is supported by the occasional inscription representing a certain sound, and the character models look decent. 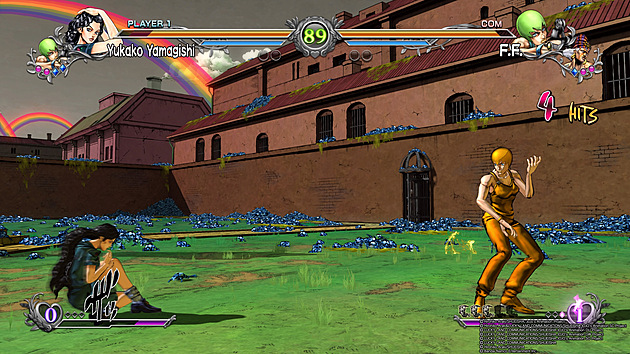 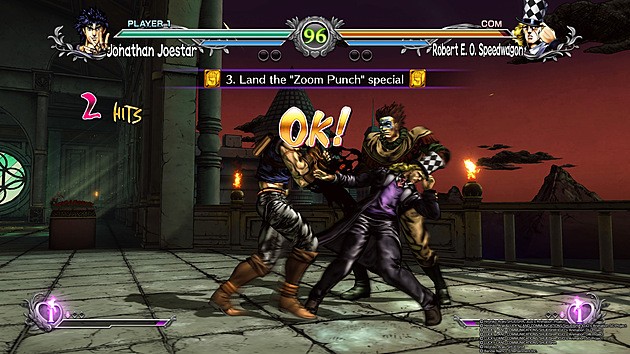 The arenas, which contain various elements that affect the battles (for example, a falling chandelier), are quite successful. However, what bothered me quite a bit was that in the case of All-Star Battle Mode, sometimes a bunch of battles in a row took place in the same arena.

Fans of the series will surely be pleased that certain characters have been re-voiced by actors from the anime version. Sound-wise, the game is fine, if you don’t mind the highly theatrical and dramatic dubbing, which is common for similar projects.

JoJo’s Bizarre Adventure: All Star Battle R is an above-average fighting game, which hurts the most that it ignores players who don’t know the art. What you will miss is the story mode. Otherwise, it is an example of what a remaster should look like. Not only the technical side is modified, but also certain game mechanics, without losing the fun of the original game.