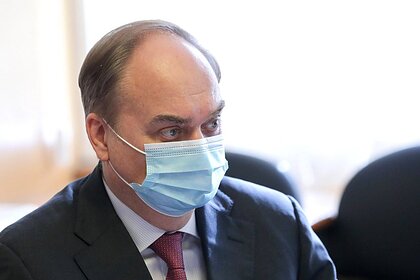 Ambassador of the Russian Federation to the USA Anatoly Antonov stated that there were no concrete results from negotiations with NATO and USA. This was reported by the Russian Embassy in the United States in its Facebook.

According to Antonov, the dialogue has not yet brought results, and its continuation depends on what response the alliance countries will give to the proposals. Moscow on security guarantees. He noted that Russia is ready to continue the dialogue.

Antonov also said that the situation in Ukraine was not on the agenda of the negotiations, but was only mentioned as a secondary topic in NATO consultations in Brussels. He called the ongoing advance of the North Atlantic bloc to the east one of the main threats to Russia’s national security.

Formerly US Secretary of State Anthony Blinken and NATO Secretary General Jens Stoltenberg during telephone conversations following the meeting of the Russia-NATO Council held on January 12, declared on the readiness of Washington and the alliance to hold a new meeting with Moscow. According to them, they are committed to continuing diplomatic interaction and reciprocal dialogue.

They dismantle a Christmas tree in the Plaza de Bolívar