Mohamed Salah posed for a new issue of GQ magazine, and Andrey Yeshchenko first published and then deleted a candid photo from Instagram. Vyacheslav Malafeev spoke about extreme sports during the show “Stars in Africa”. Eric Lesser was surprised by the reaction of Russian biathlon fans to his help to Eduard Latypov. Monkey Cathy dropped the puck at one of the NHL matches, and Vladislav Gavrikov came to the match in funny socks with pigs received from a fan. About these and other near-sporting events of the week – in the material RT.

The unrecognized genius of Salah

Liverpool striker Mohamed Salah posed for the February issue of GQ, which will be released with a photo of a football player on the cover. The magazine devoted a large article to the Egyptian, telling about his development in sports, about ideals and aspirations. The subtitle says that Salah is the best player in the world, “it’s just that the world hasn’t recognized it yet.”

One of the brightest episodes of Mohamed’s life, which speaks a lot about the athlete, is connected with his childhood and how the future football star got to training and back. He had to travel to the sports base on four buses, and the journey took more than 4 hours one way – twice as long as the football lesson itself. Now Salah admits that he did not consider this something out of the ordinary, because he wanted to succeed in sports and made every effort for this.

And now, being at the top of football, Mohamed does not forget about what he had to go through. He is actively involved in charity work, and once persuaded his father not to press charges against a thief who stole about £1,500 from their family’s car. Salah decided to give the young man a chance at a new life.

“I am this [воровство] I do not support, but I am sure that he committed the theft for a good reason. I feel like he did it for a reason. When asked by my father, the police said that this guy was very poor and had nothing in his life. So I said: “Just help him and leave him alone,” said the player.

Salah also admitted that he would like to win the Golden Ball, but does not get too hung up on this trophy. In the meantime, the 29-year-old football player has never even been included in the top three contenders. In 2021, he only finished seventh in the voting.

“If you ask me if this motivates me to achieve [я отвечу]: “Oh sure”. I’d be lying if I said I didn’t think about it. No, I think. I want to be the best player in the world. But even if I don’t win [«Золотой мяч»]Everything will be fine in my life. Everything is fine with me, everything is fine, ”said the forward.

Former UFC lightweight champion Khabib Nurmagomedov published an Instagram post dedicated to his father Abdulmanap. In the photo – halves of their portraits, combined into one face.

Abdulmanap Nurmagomedov died on July 3, 2020 after a long stay in the hospital due to coronavirus. He was 57 years old. During his career, the honored trainer of Russia has brought up 18 world champions in combat sambo, including his younger brother Nurmagomed and son Khabib. For these achievements, he was included in the Book of Records of our country.

An example of real sports solidarity was demonstrated by biathlete Eric Lesser. After the Russian Eduard Latypov passed a positive test for coronavirus at the World Cup in Germany and went into quarantine for two weeks, the German sent an exercise bike to the opponent’s hotel so that he could continue training, no matter what. 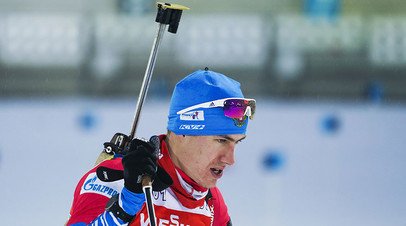 Isolation in Oberhof: Latypov will miss the KM biathlon stage due to a positive test for coronavirus

Eduard Latypov was not allowed to participate in the fifth stage of the Biathlon World Cup due to a positive PCR test. Reanalysis…

“As an athlete, I understand that quarantine before the Olympics is very bad. I live in Oberhof and I have every equipment imaginable. It would be right of me to help him. It’s not difficult for me, so I gave him an exercise bike, a training platform. There is nothing special about this, ”Match TV quotes the biathlete.

In turn, Latypov thanked his colleague, noting that such a noble act of the opponent proves that all biathletes are one family. In his Instagram, the 27-year-old athlete posted a photo on the same exercise bike.

“Preparations are underway, everything is fine. Thank you all for your support, especially relatives, team, coaches. Thanks to Eric Lesser for his help, this is a real biathlon family! I look forward to my speedy return, take care of yourself, ”the Russian wrote.

Russian biathlon fans did not remain indifferent to the act of the German, who wrote several thousand comments with thanks on his Instagram. The athlete was shocked by such attention to his person.

“In my opinion, I did not do anything special: if an athlete finds himself in such a situation in my hometown, and I can help him, I will definitely help. I would like to say a big thank you to the Russian fans for their messages, but this is not necessary,” Lesser said.

Gavrikov and socks with pigs

An even more touching story happened in the NHL. Columbus Blue Jackets defender Vladislav Gavrikov came to the game with the Chicago Blackhawks in funny socks that he received from a young fan in exchange for his stick. It all started before the home meeting with the New Jersey Devils, to which 13-year-old Jaycee Snyder came with a poster that said: “Hey Vlad! I noticed that you love cool socks! Can I trade you one pair for a stick?”

Gavrikov became interested, received socks with the image of flying pigs and came to the next match in them.

“I was hoping he would wear them. He’s kind of a cool guy who can wear them. At the warm-up, he always laughs and jokes. I actually live on a pig farm myself. Pigs are our theme,” Snyder said.

Pigs aren’t the only animal topic this week in the NHL. An unusual ceremony took place before the start of the match between Anaheim and Detroit: the solemn throw-in of the puck was performed by Katie the capuchin monkey, the mascot of the Los Angeles Angels baseball team, which is based in Anaheim. This is the same monkey that starred in the cult TV series Friends, as well as in many American films, including Jurassic Park and the Star Trek media franchise. And she has been “working” as a mascot of a baseball club for 21 years.

Spartak defender Andrei Yeshchenko recently decided to show the world a barely noticeable thong in which he takes water procedures. The corresponding photo appeared on his Instagram and caused a flurry of emotions among the public. Of course, there were some jokes. 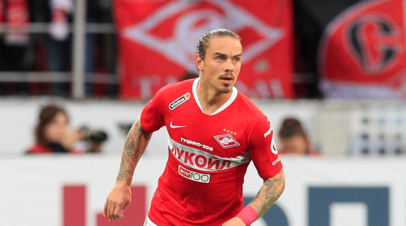 Yeshchenko: getting ready for a new stage – took notes from Tedesco and Carrera

The defender of the Moscow “Spartak” Andrey Yeshchenko shared his plans for the future after the end of his career as a football player.

“Old man, where did you get carried away,” ex-striker of the Russian national team Roman Pavlyuchenko wrote in the comments.

And the midfielder of the Kazan “Rubin” Vladislav Ignatiev called the photo shock content.

Journalist and blogger Vasily Utkin walked through a provocative picture of a football player in his Telegram channel.

“Andrey Yeshchenko on vacation seems to have made himself a thong tattoo,” he wrote.

Later, the 37-year-old footballer deleted the photo from his account, and a few days later announced his retirement and transition to coaching at Spartak. However, these two facts are hardly interconnected, but it is worth recognizing that the new stage in Yeshchenko’s career began in a very extravagant way.

The ex-goalkeeper of “Zenith” Vyacheslav Malafeev told the details of his participation in the show “Stars in Africa”, the winner of which he became. According to him, it was a special experience.

“I went there simply because, on the one hand, I sat up a little, it became boring, I wanted variety. I love to travel, and here is such an opportunity. And I also knew that they would practically not feed, and I understood that I would definitely lose weight, ”said the former athlete in an interview on the YouTube channel Comment. Show”.

When asked what was the “most perverse” food he had to try during the project, Malafeev recalled a cocktail “which consisted of antelope fat, fish eyes, gills and some kind of rotten squid sauce.”

“This mix is ​​awesome if you want to get clean. I lost a lot that day… He said: “No one should enter this part of the toilet,” the 42-year-old goalkeeper shared with a laugh.

According to rumors, Malafeev’s divorce from his wife Ekaterina, which Vyacheslav announced in November last year, is connected with participation in the show. However, the couple do not share any details of the family strife that led to the separation. And recently, the ex-Zenith member posted a photo on Instagram with singer Olga Buzova, who was the host of Stars in Africa. This gave rise to a flurry of rumors about a new novel.

“We get high, there is only one life,” Malafeev signed the picture from Courchevel.

Buzova joked that it was “a cool photoshop.”

“Slava, I still have to get married,” she wrote, accompanying the ambiguous phrase with several laughing emoticons.

Either the TV personality did not like her own appearance in the photo, or she is afraid of being compromised by him.