That wasn’t here yet, the Czech couple is literally embroidering their new video game

The name of the Attu Games studio created by the Navrátilovs does not cause such a stir as, for example, Amanita Design or Warhorse, but it has already managed to firmly establish itself on the Czech scene. Their specialty is imaginative 2D jumpers, while the latest one, Feudal Alloy, also attracted attention with extremely stylish graphics (see our review). 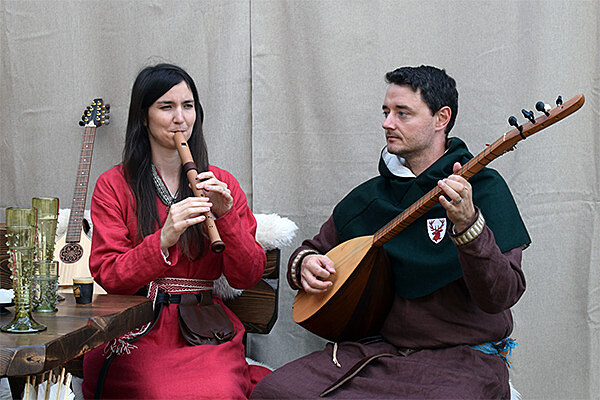 The Navrátilov couple will also take care of the music recording with their own efforts.

However, in retrospect it feels boringly conventional compared to the upcoming Scarlet Deer Inn game, which will be created using… hold on now… embroidery. Yes, not every game has to be created in a 3D engine, in the past we already had games here, for example, from a model (see review Armikrog), paper cutouts (see review Dark Train) or models made of cardboard (Lumino City). However, the game world will probably see the hand-embroidered characters for the first time.

Therefore, only characters in all stages of animation will be embroidered, backgrounds will remain hand-drawn. To add to the stylishness, the atmosphere will be supported by music recorded using traditional musical instruments.

And what will it all be about? About Eliška, a mother of two children who, after a family tragedy, sets out to explore the dark world. In terms of genre, it will be a 2D platformer diluted with logical puzzles, the developers mention the production of the Japanese studio Ghibli and the saga of The Witcher as their main inspiration. Unfortunately, we don’t even know an approximate release date yet, except for Steam, where the game already has your profilea version for Nintendo Switch is also being created.