Osipov confirmed that people who are vaccinated are admitted to the hospital, but none of them is seriously ill, none of those who have been vaccinated had to be connected to a ventilator. The doctor also supported the restrictive measures that the authorities are introducing, “although they create some kind of inconvenience in our life.” In his opinion, they are justified by the fact that they reduce the number of victims of the disease. “We are losing people, acquaintances, relatives. Children are left without parents, parents are left without children – in general it is scary, ”he summed up.

The chief physician of the Voskresensk District Hospital No. 2, Yuri Raikhman, spoke in favor of applying measures of influence to medical workers who are campaigning against vaccination. He is sure that “an anti-Vaxer cannot rely on any scientific publication, because in nature there are no anti-vaccination professional publications.” 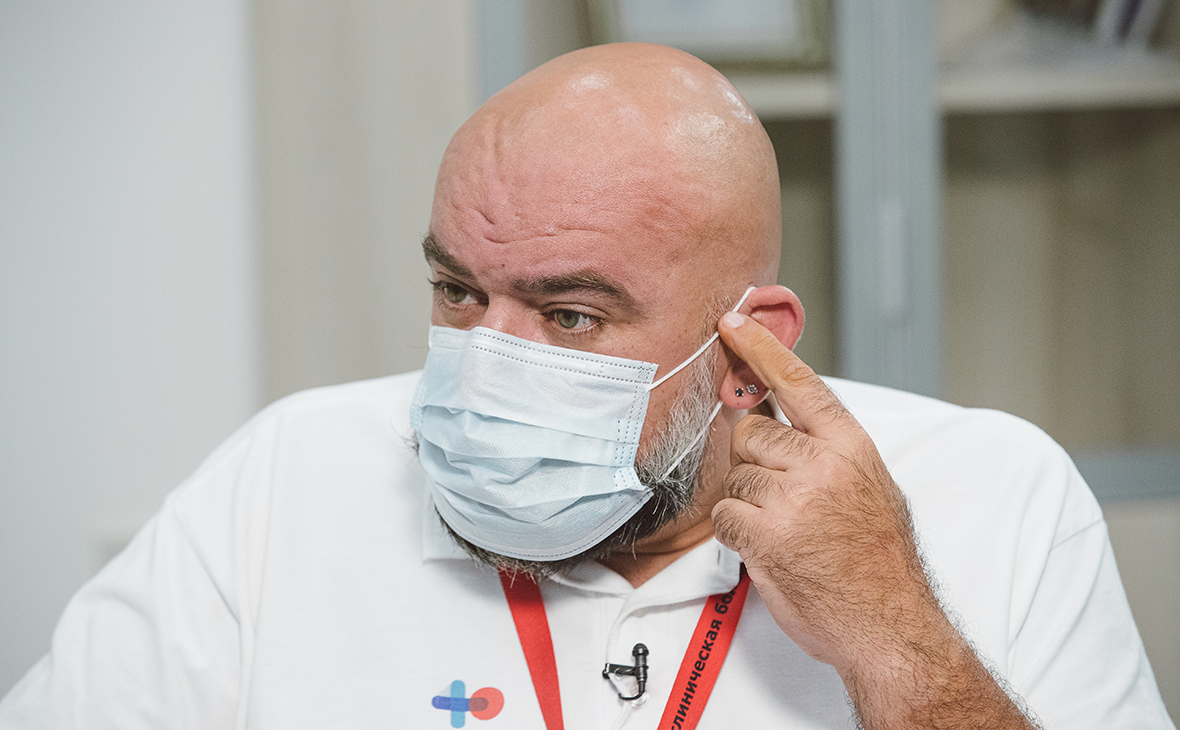 “The doctor should read and listen to scientific publications, in whatever language they are published, and correctly express their thoughts. Antivaxer cannot rely on any scientific publication. <...> Not in America, France, England – nowhere do doctors oppose vaccination. Those who allow themselves to do this do not have the right to be called doctors or medical workers in general, “Raikhman said.

He also raised the issue of the cost of treating COVID patients. The minimum cost of treatment in a hospital for a sick COVID is 109 thousand rubles, and if it gets into intensive care – about 300 thousand rubles. “And this is money that could be used to provide planned, preventive medical care: for the treatment of cancer patients, for the treatment of patients with circulatory diseases, systemic diseases, and so on. That is, vaccine skeptics take money away from patients who need routine medical care, “Raikhman emphasized.

According to Raikhman, “they think that Protsenko is a fool, that I am a fool, and so on – those who vaccinated themselves and vaccinated their relatives.” “Are we suicides or kamikaze. By the way, I applied a piece of iron after the vaccine, for some reason it does not stick. My tail hasn’t grown. The mammary glands have not grown either. You see, this is nonsense, ”he added. In addition, the treatment of COVID has to distract doctors of almost all medical specialties and narrow specialists, which significantly complicates medical care for patients in other profiles.

“And I would like to say to stop listening and reading amateurs. If they want to die, well they will, there is no second option. They get sick one, two, and three times. We already have patients who fall ill for the third time. I have five grandchildren, and I swear by these grandchildren, not a single patient died from the vaccine, there were no such cases, ”concluded Reichman.

After the publication of an open letter to anti-Axis Denis Protsenko explainedwhat caused its appearance.

“We live in an age when the opinion of professionals in any industry can easily be dispelled by some famous person. Whether he himself is deceived or just hype is irrelevant. The consequences are scary, ”he wrote. He called the vaccination against COVID-19 “the only salvation” from the disease.

The level of herd immunity in Russia approached 54% – RBC