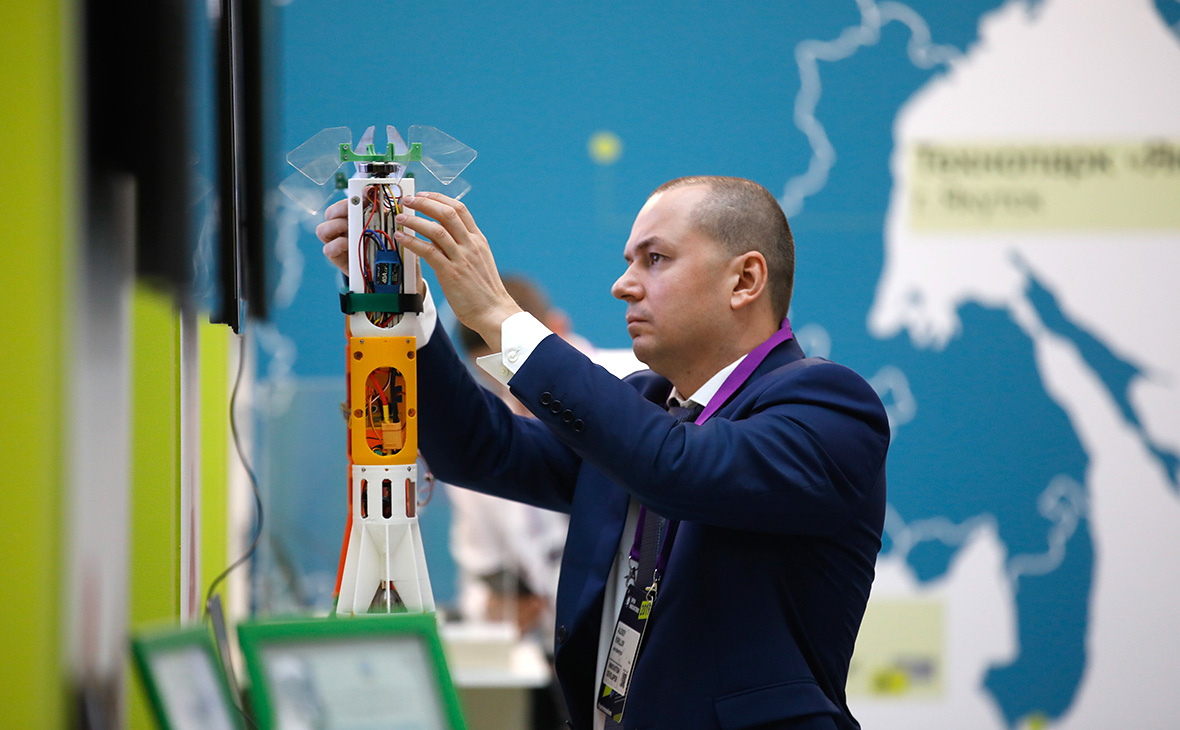 The cost of strategic initiatives

In general, until 2024, it is planned to implement strategic initiatives to spend RUB 4.6 trillion The main part of the financing is proposed to be provided at the expense of resources already included in the budget, funds from private investors, money from state-owned companies and development institutions, Mikhail Mishustin reported in July.

As follows from the amendments to the second reading of the budget, the most capital-intensive spheres in which the implementation of strategic initiatives is planned are the national economy, education and culture.

The section “National Economy” includes strategic initiatives – “Clean Energy”, “General Cleaning” (in terms of reproduction of natural resources), “Unmanned logistics corridors”, “Unmanned aerial delivery of goods”, “Development and production of new materials”, “Electric vehicle and hydrogen car ”,“ University Technology Entrepreneurship Platform ”,“ Takeoff – from Startup to IPO ”,“ Geology. Revival of a Legend ”. Within the framework of the last two projects, billions of dollars in subsidies to legal entities are provided. So, for the creation of tools for finalizing the products of technology companies for the requirements of large corporations for 3 billion rubles. in 2022 and 2023 plus RUB 4 billion. in 2024, an autonomous non-profit organization “Engineering and Innovation Support Center” will be allocated. This organization was established in August 2021; information about its founders is not indicated in the Unified State Register of Legal Entities.

4 billion rubles each. annually as a contribution to the authorized capital will receive “Rosgeologia” (100% owned by the state) to “reduce the depreciation of fixed assets used for geological exploration.” This money can become part of the additional capitalization amount, which the company has agreed with the government. How spoke in an interview with RBC, the head of Rosgeology Sergei Gorkov, “the provision of 15 billion rubles to Rosgeology is being discussed. [на три года]”. “This money should go to investments, first of all, in technological modernization,” he noted in October.

If spending on the national economy as a whole is evenly distributed among federal projects, then in the “Culture” section, the largest share of funds will go to the strategic initiative “Pushkinskaya Karta”, which is being implemented from September 1, 2021. The goal of the project is to popularize cultural events among young people. For this, the bank “Pushkin Card” was invented. It can be issued by young people aged 14 to 22 years. 3 thousand rubles are credited to the card, and in January 2022 another 5 thousand rubles will be credited, which can only be spent in a targeted way – to pay for trips to theaters, museums, etc. The draft budget provides for almost 70 billion rubles. in three years – they will go as a subsidy to the Post Bank – the operator of “Pushkin’s cards” (50% plus one share of the bank belongs to VTB, and 50% minus one share to the Russian Post). RBC sent a request to Post Bank.

In the field of education, the largest amounts of budgetary allocations are provided for the federal project “Professionalism”, aimed at improving the quality of education in colleges and technical schools. As planned by the authorities, by 2030 the country should undergo a “comprehensive restructuring of the secondary vocational education system.” For this, in the next three years, 9.2-9.4 billion rubles. will be allocated for “financial support for the performance of the functions of federal government bodies, the provision of services and work.” We are talking about the provision of subsidies to budgetary and other state organizations, including educational ones.

In the field of higher education 40.8 billion rubles. cumulatively, the three-year budget provides for the implementation of the Advanced Schools of Engineering strategic initiative. The task of the federal project is declared as the implementation of the transition from the exploitation of raw materials to highly productive sectors of the economy. In 2022, 4.7 billion rubles. it is planned to send grants to state-owned companies to support the program for the development of advanced engineering schools. In 2023 and 2024, this amount will be increased to 10.7 billion and 18.7 billion rubles. respectively. As stated in the October government materials on strategic initiatives, by 2024 about 30 advanced engineering schools should be created in partnership with Russian Railways, Rosatom, the United Aircraft Corporation (UAC) and other “high-tech companies.”

The least capital-intensive spheres in the draft amendments to the budget for the next three years turned out to be housing and communal services, environmental protection, as well as physical culture and sports.

Within the framework of the federal project “Infrastructure Menu”, which is aimed at helping businesses in the construction of regional infrastructure, subsidies of the state company “Dom.RF” are expected. The company is engaged in the issue of infrastructure bonds – to attract private investment in construction and increase the affordability of housing. To reimburse the costs of paying the coupon yield on the bonds, she will receive 11.3 billion rubles. for three years in the form of “a contribution to property that does not increase its authorized capital.”

The infrastructure financing mechanism using the company’s bonds was launched in 2021, explained Anton Nikitin, director of DOM.RF for infrastructure bonds. “To date, one placement of securities in the amount of 10 billion rubles has taken place, projects totaling more than 20 billion rubles are in the works in the most mature phase. Planning in the budget for the next three years of a separate line was initiated by the Ministry of Construction together with DOM.RF. The presence of a subsidy makes the source of financing these expenses predictable for all participants in the mechanism: both borrowers and bondholders, ”the press service of the state corporation said.

As part of the implementation of the state program “Environmental Protection”, the authorities will take up the strategic initiative “Circular Economy”. Its goal is to process waste into raw materials. Within the framework of the federal project, the property contribution is 10 billion rubles. in three years will receive the “Russian ecological operator” – for the creation of infrastructure for handling secondary resources.

The head of the REO Denis Butsaev conveyed through the press service that 10 billion rubles. will go to the implementation of specific parameters of the strategic initiative. “More than 85% of packaging should be recyclable, the volume of solid municipal waste disposal should be reduced by 50%, more than 40% of secondary resources should be involved in agriculture, road construction, and industrial sectors,” he said.

In Samara 600 “squares” of trade pavilions are burning

how the COVID epidemic is developing in Russia. Infographics – RBK