When asked by RBC about how the threshold level of antibodies will be determined, one of the sources recalled that earlier Academician Gintsburg and his deputy at the Gamaleya Institute Denis Logunov expressed their views on this topic.

Formerly Gunzburg statedthat the antibody level of 300 Bau fully protects against the delta strain of coronavirus. This conclusion was made in the center after a study was carried out jointly with the Moscow Department of Health, in which 4 thousand citizens participated. Gunzburg explained that people with this level of antibodies, or with a level exceeding 300, “can practically not be limited.” Otherwise, he recommended getting the Sputnik Light vaccine.

His deputy Denis Logunov, answering a question from journalists about how many antibodies can be considered sufficient protection against coronavirus, saidthat a level of 200-300 Bau is capable of providing a significant level of protection. At the same time, he noted that today there is no fixed level of antibodies that could be guaranteed to protect against infection. So, according to him, there are cases of infection “in thousands and tens of thousands of Bau”.

On Tuesday, November 23, Prime Minister Mikhail Mishustin promised to consider a proposal to issue QR codes to citizens who have antibodies, but are not officially ill. So he answered the request of the Governor of the Amur Region Vasily Orlov during a meeting of the Presidium of the Coordination Council for the fight against coronavirus. “It seems to me that it would be right at the federal level to develop such a procedure for citizens who have had a history of illness, but have not been treated in hospitals and, accordingly, are not vaccinated, so that through the“ State Services ”these citizens can also receive a QR code,” said Orlov.

According to the governor, “this would significantly reduce public negativity, public outcry on the topic of vaccination, including unloading the health care system and saving budget funds that we are currently allocating for vaccination.” “We will think over these proposals,” promised Mishustin. 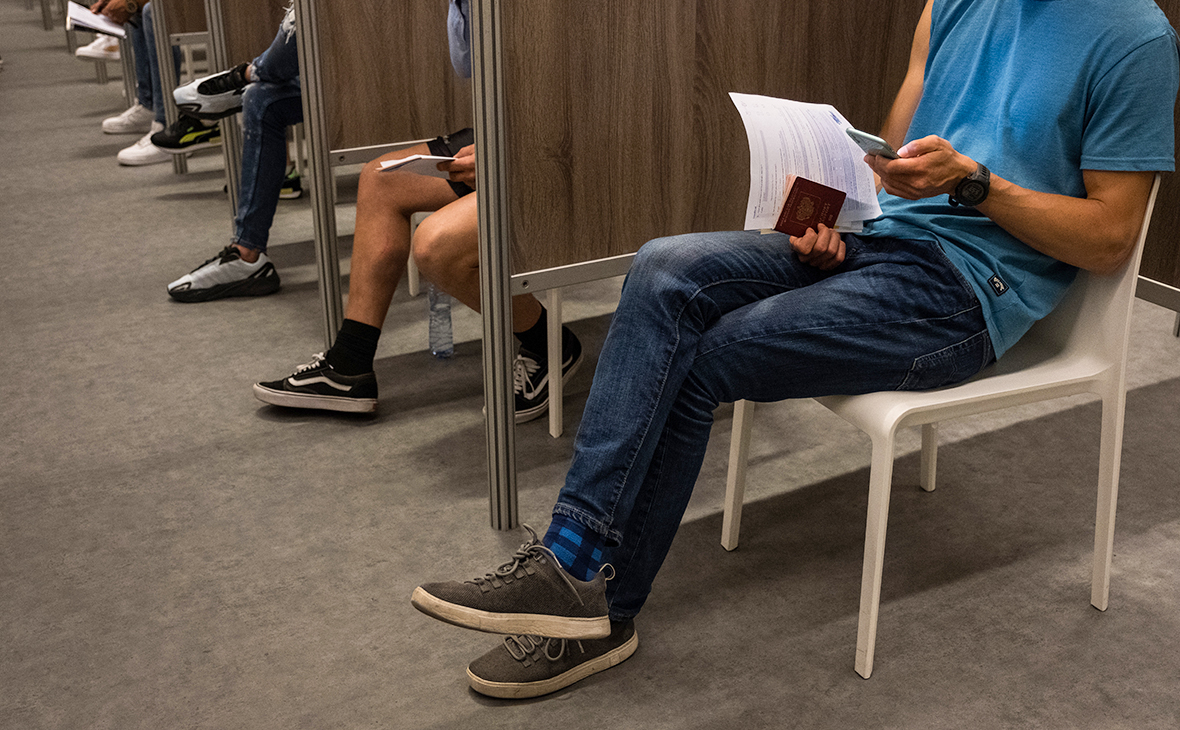 November 17 on the discussion of the issue of issuing QR codes to people with antibodies reported Head of Rospotrebnadzor Anna Popova. “Regarding antibodies, the issue is significant, it is being discussed today at the government’s platform. There is such a task, there is nothing to argue with, we need to find the most optimal and acceptable solution to it, ”said Popova, adding that the solution will be announced after it has been worked out from all sides.

A few hours later, the press service of Rospotrebnadzor released message, in which it was clarified that Popova, answering the question about the assignment of QR codes to people with antibodies, but not having official confirmation of the transferred disease, spoke about the discussion of this topic by the department at the expert level. The level of antibodies sufficient for protection is a subject of scientific debate in the world, and in no country documents on the immune status are issued based on the measurement of the level of antibodies, the message emphasized.

A possible decision to introduce QR codes based on the level of antibodies will be rational if the authorities really want to understand which of the Russians are immune to coronavirus, says Gleb Kuznetsov, head of the expert council of the Expert Institute for Social Research (EISI). But the question is, what level of antibodies will be considered protective, the expert continues. If the figure turns out to be too high, the introduction of such QR codes will become a cut-off measure, preventing many “unofficially ill” from receiving the code, he said. The expert cites Italy as an example, where a study was carried out for the presence of immunity in those who had been ill in the first wave – and all participants retained their immunity to varying degrees.
In any case, there should be a scientific discussion about the protective level of antibodies, as a result of which a consensus decision would be developed, the expert is sure.

Today in Russia only in one region, in Chuvashia, QR-code can get citizens with a high titer of antibodies to COVID-19, even if they were not officially ill. As the head of the region, Oleg Nikolaev, explained, those who had had a high title could not visit public places without a QR code, thus their rights could be violated. The regional authorities announced the creation of a register of residents with high titers of antibodies, a medical commission of accredited laboratories must determine the duration of the antibodies of those who have recovered. According to the regional authorities, such QR codes will operate only on the territory of the republic and will not be displayed on the portal of state services.

In Kamchatka from November 23 started to work commission for issuing certificates of the presence of antibodies to coronavirus. Such certificates will replace the QR code for people who have had COVID-19, but did not go to the hospital.

RBC sent a request to the Ministry of Health. The federal headquarters did not comment on the possibility of issuing QR codes to people who have had a mild coronavirus, but not vaccinated.

A suspect in the murder and dismemberment of a man was detained in St. Petersburg – RBK