Why there are fewer rooms

“We don’t ask companies why they are returning them. [номера]”, – says Burtikov. He noted that there are no large companies – “refuseniks” yet, mostly the numbers are returned by representatives of small business, who can receive services through another operator and simply stop being an independent unit in the network.

According to one of the versions, which was told to RBC by a company representative who intends to return the RIPE NCC number, the number of number owners began to decrease in Russia a few months after the so-called “law on the sovereign Runet” came into force in November 2019. The law obliges telecom operators and ASN owners to install special Roskomnadzor equipment on their networks, through which the department will be able to manage traffic routing in the event of a threat from the outside, and will also block access to websites prohibited in Russia.

According to the interlocutor of RBC, since this equipment is not certified and is a “black box”, the company fears for the security of its network and will prefer not to use the autonomous system number than the installation of these technical means. But this does not have obvious negative consequences for business, since the company can work through an operator with a similar number, explains the interlocutor of RBC.

“There is a fact of the entry into force of the law (“ on the sovereign Runet ”- RBK) and the consequences – there are fewer autonomous systems in use ”. Maxim Burtikov commented on this statement.

Is there a threat to the stability of the Runet

The Russian authorities initially explained the need for the adoption of the law “on a sovereign Runet” by the potential threat of disconnecting Russia from the Internet. The equipment installed by Roskomnadzor has so far been used only once, based on official messages from the service: in the spring of this year, the authorities used it to slow down the speed of access to Twitter due to the latter’s refusal to remove content prohibited in Russia.

As Alexander Khakimov, CTO of hosting provider REG.RU, explains, connectivity affects the stability and speed of the Internet, as well as the fast and smooth exchange of information and data. He agrees that due to the “increased activity” of Roskomnadzor on the stability of the Runet, the return of numbers of autonomous systems has intensified, but believes that this should not affect the connectivity of the Runet. “Those autonomous systems that were not used in the economic activities of organizations are being returned. Internet providers and telecom operators (namely, their systems most of all affect connectivity) do not shut down and their autonomous systems continue to work, ”explained Khakimov. 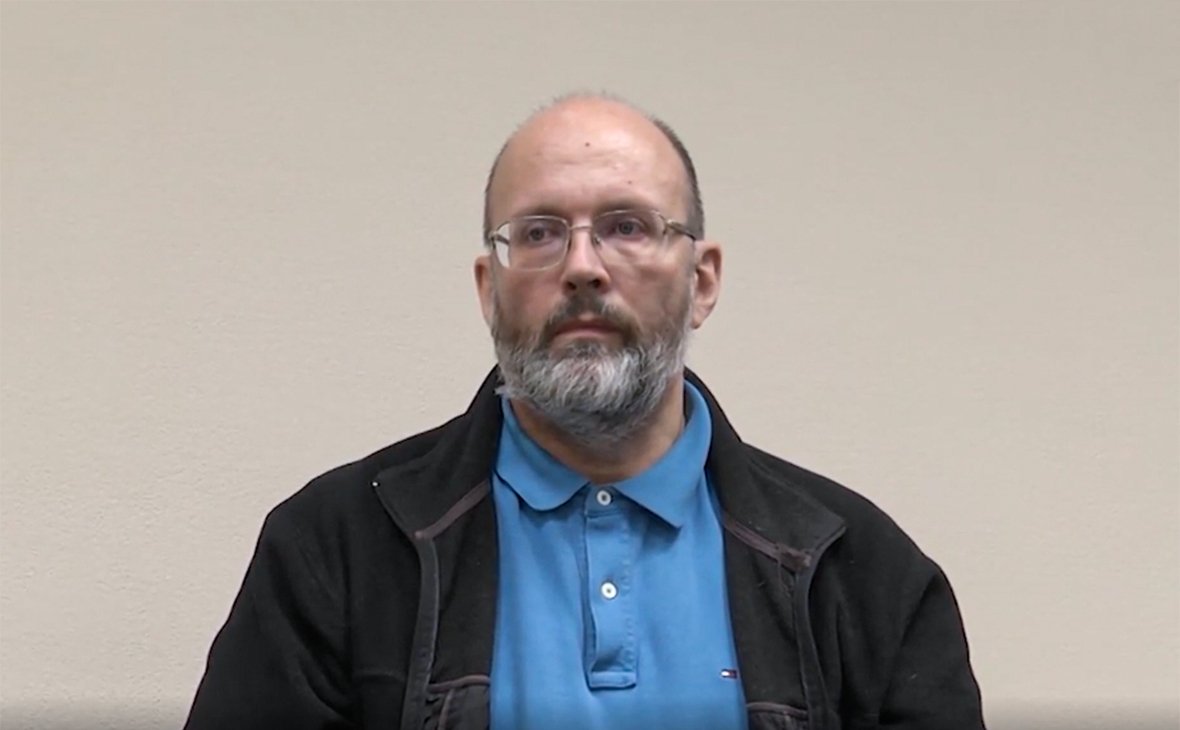 Despite the reduction in the number of ASNs, Maxim Burtikov assesses the possibility of major incidents in the Russian segment of the Internet as “minimal”: CDN (content delivery network) is a geographically distributed network infrastructure that optimizes the delivery and distribution of content for end users of the Internet – RBK) and the infrastructure that the web services build. Due to super-connectivity – in Russia there is a huge number of external connections to foreign networks – the risks are reduced. ” At the same time, he made a reservation that “zero risk is impossible.”

At the time of publication, Roskomnadzor did not respond to RBC’s request.

What else does the development of Runet depend on?

Formerly RIPE NCC warnedthat IP addresses in IPv4 – the most common version of the Internet protocol used to transfer data on the Internet – are close to completion, and urged companies to move to the next version of the protocol – IPv6. However, at the moment in Russia only 9.38% of traffic goes via IPv6, evaluates Google. India is the leader in this indicator (63.92%). At the same time, in the United States, the share of IPv6 in mobile traffic many years ago exceeded 80%, and in November 2020, this country adopted a state program for the development of IPv6 (the government promises to completely switch only to the new protocol in the coming years), which should set an example for private companies, noted Maxim Burtikov. China, he said, plans to complete a full transition to IPv6 in 2030, both in commercial networks and in the public sector.

In Russia, the only operator that has completely switched to IPv6, according to Burtikov, is MTS. “There have been stories of user equipment not being IPv6 ready, but this is mostly not the case with mobile devices. Maybe a home router is not IPv6 capable if it was purchased in 1995 and has not changed since then. But many operators in large cities are already providing users with their equipment. It is most likely IPv6 ready, ”says a spokesperson for the RIPE NCC. He emphasized that although it makes no difference for end users to use IPv4 or IPv6, with the development of next, fifth generation (5G) mobile communication technology, as well as the Internet of Things, IPv4 infrastructure will not be enough. “IPv4 is a bottleneck for innovations that can happen. Many people say that until they happen, we do not need to do anything, but at the moment when we need to do it, your start will be greatly delayed compared to the start of someone who already has the infrastructure ready. It’s not great, we have to get involved in this race to the fullest, ”concluded Burtikov.

The representative of MTS confirmed that the operator has fully completed the implementation of IPv6 in early 2020, and now the share of such traffic reaches about 40% and continues to grow. “The company is making significant savings in eliminating the need to purchase a pool of IPv4 addresses,” he added. According to a representative of VimpelCom (Beeline brand), the company expects that soon all its equipment will support IPv6.


Malfunction of the largest social networks and online services. The main thing 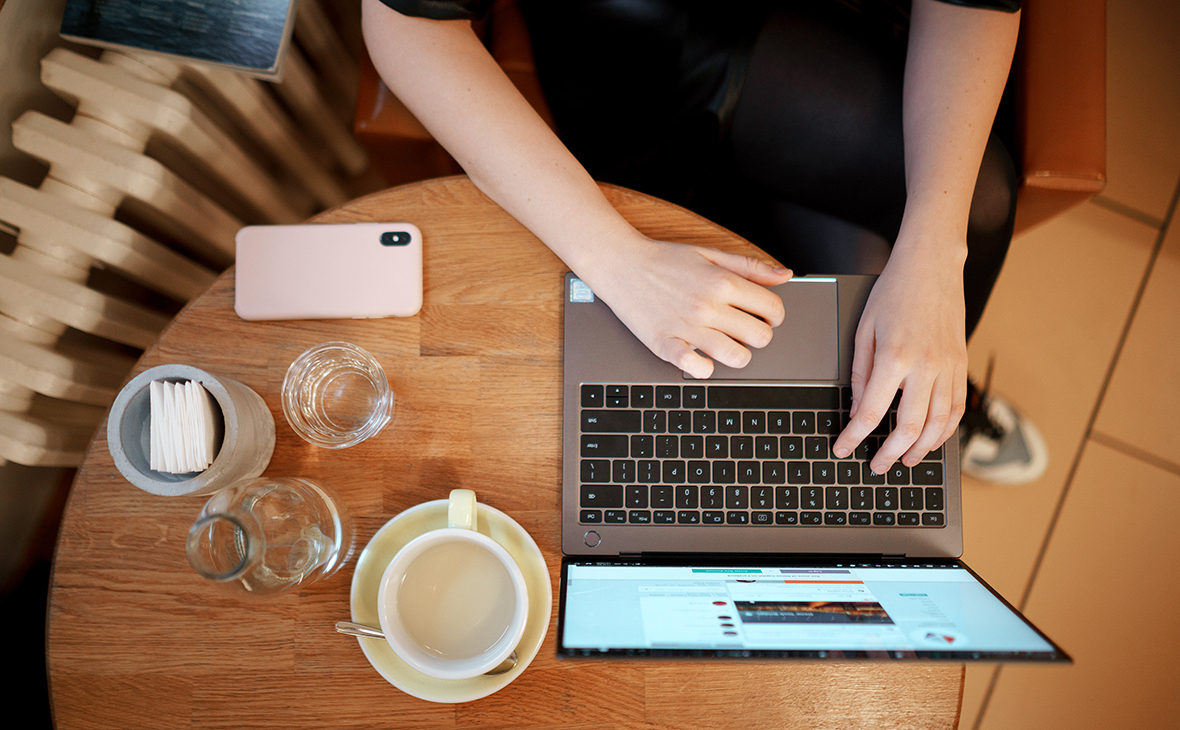 However, the representative of MegaFon said that the company does not plan to completely switch to IPv6, since not all services on the Internet support this protocol, which means that otherwise users may lose access to many Internet resources.

Rostelecom said that the company “has a fairly large resource of IPv4 addresses, so there is no point in abandoning it yet,” but it plans to develop IPv6 in connection with the growing demand for Internet of things.

“We live in a hybrid world”

Maxim Burtikov told RBC how a large-scale failure of Meta services (until recently Facebook Inc.) and its new concept of the “metaverse” will affect the entire Internet.

– Early October Facebook, Instagram and WhatsApp stopped work for several hours due to a large-scale technical failure. What did he show?

– It was a network incident. Facebook has done some work on the bugs and has released a fairly good post-mortem (in programming, an article written after some major mistake or failure. – RBK). By and large, this is what is required of the incident. The value of an incident and the way it is handled lies in the ability to learn so that things like this don’t happen. Nobody wants their services to be as accessible as possible more than Facebook itself. We can say as much as we like that at that moment we had some kind of unearned profit: maybe someone was selling something through their Instagram page; someone could not meet someone because WhatsApp was not working. But for Facebook, this is a loss of millions or billions in total.

– Facebook Inc. announced about renaming to Meta in honor of Metaverse – the product on which the company now intends to rely. It should be a metaverse where users can communicate in virtual reality. What are the prospects for such a concept? What will change on the Internet with the transition of companies to virtual reality?

– Facebook didn’t come up with this concept, they just made it their business focus for the near future. I am very positive about this kind of thing. I believe that technologies and their development are more likely a plus. Any technology is fraught with risks, and we will run into some problems. If you do not have a dog, your neighbor will not poison it, but this is not a reason not to have a dog. I adhere to approximately the same logic in relation to the development of technologies and the metaverse as well. As for the specific product that Facebook is working on, in my opinion, this is not quite what one could call the metaverse. It will be a kind of virtual universe of Facebook, it will work according to its rules with a single decision-making center, etc., while the real metaverse, as it was originally conceived in the minds of visionaries, is similar to the Internet, it is an open platform on which everyone, using its technical properties, it is able to build something of its own. While it looks like Facebook is building its own virtual sandbox, it may be a hit with users, but it’s not really a metaverse.

– In your opinion, is it possible for the metaverse to appear in the near future in the sense that science fiction writers put into it?

– It’s like people in the 70s or 80s of the last century would try to predict when the Internet will appear. When the entire digital layer forms on top of the real world – and this is exactly what the metaverse is – at what point the existing sets of digital sandboxes will merge into the metauniverse, it is difficult to say. I guess we won’t be able to pick out the moment when the bottle of champagne breaks on the stern of the metaverse. Just at some point we will understand that “okay, this is already something similar,” and we realize this retrospectively, looking into the past. I have a very positive attitude to the idea itself, there is a colossal benefit for me as a person, but also colossal risks, including. And already now our digital life has a huge and ever-increasing role and value for us, so that we can already say that we live in a hybrid world.

A bear attacking a woman was shot dead in Primorye – RBK