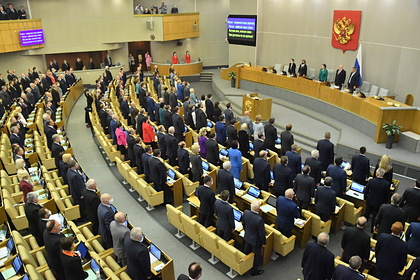 Today, it is dangerous for Russians in Kazakhstan to run their business and speak openly about their nationality, especially after the “well-known events” of 2014. This was stated by the first deputy chairman State Duma Committee on International Affairs Alexey Chepa, informs Wednesday 12 January NSN.

“The attitude towards Russians has greatly deteriorated during these few days after the New Year. Kazakhs – neighbors, acquaintances – turned their backs on many Russians, and only after the landing of the first CSTO plane did everything come back, ”the parliamentarian said.

He added that the multi-vector policy of the authorities of the former Soviet republic has caused a certain disorganization and instability, since Kazakhstan is afraid of its stronger neighbors – Russia and China. As a result, the deputy noted, “this led to the fact that the Russians were expelled from there.” “This suggests that our positions are weak there, and Nazarbayev made a bet on Great Britain, ”Chepa explained.

Protests in Kazakhstan began on January 2 due to a sharp rise in prices for gas motor fuel. Soon economic demands were replaced by political ones: the resignation of the government, the holding of new elections, the consideration of the lustration people from the “clan” of former President Nursultan Nazarbayev.

By January 5, rallies have outgrown into riots. In Alma-Ata, shops, banks were looted, the airport building, police stations, government agencies and infrastructure facilities were seized. An army was sent to suppress the protests. President Kassym-Jomart Tokayev appealed to the CSTO for help.

At the organization’s online summit, which took place on January 10, the politician named occurred as an attempt at a coup d’etat, inspired from the outside. With this position agreed and other leaders of the CSTO states, including the President of Russia Vladimir Putin…