They almost wanted to bury him! Václav Neckář rolled on stage like a young woman

News of his failing health and hospital visits recently made headlines. But Václav Neckář (78) recently refuted all the speculations. After a long time, he appeared in public in his best form, singing and even dancing on stage. He already accepts doctor’s visits as part of his life.

In August, newspaper headlines were filled with the fact that it is Vaclav Neckar in hospital. According to the website Blesk, the singer felt sick and could not move the fingers of one hand, which were also tingling. He was thus transferred to the Homolce Hospital, where his colleague Marta Kubišová was also transferred that night with a perforation of the intestine.

Neckár was released home the very next day, and in September speculation about his health began for the second time. He was missing the unveiling of the memorial plaque of Oscar-winning director Jiří Menzel. He did not arrive at the event, because he had to undergo a medical examination.

“I’m still in the hospital,” admitted Václav Neckář to Expres, saying that it was just a simple inspection, which he has unfortunately been ordered to do and which are already a part of his life.

This was also confirmed by his brother Jan. Twenty years have passed since the fatal stroke. The singer was afflicted in 2002, and because of it, Neckář had to relearn his lyrics, speak at all and even sing again. Since then, he has been in the hands of doctors, constantly going for check-ups and undergoing various examinations.

Although he still has some difficulty speaking, he sings with ease. A reader made for him by his son Václav also contributes to his confidence on stage. 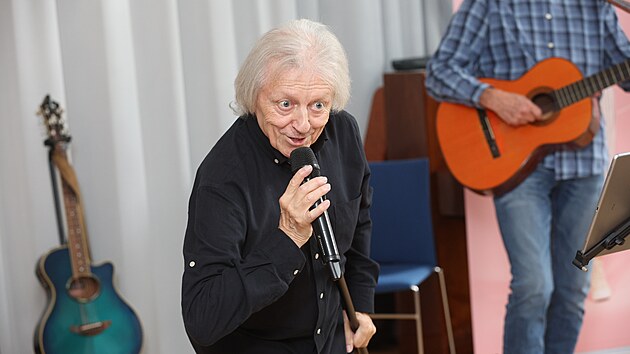 Václav Neckář has energy to perform.

Since the speculation about his health, the musician appeared in public for the first time ever at the prize-giving ceremony as part of the Send a Message with a Story competition, which also produced a book.

At the event, Neckář performed as the main star of the evening, and few would have guessed how much the legendary singer would spin things up on stage. He sang his biggest hits, danced and wasn’t afraid to turn.

He refuted all speculations about his poor health, yet he admitted to the Expres.cz editors that he will undergo a minor operation in the near future.