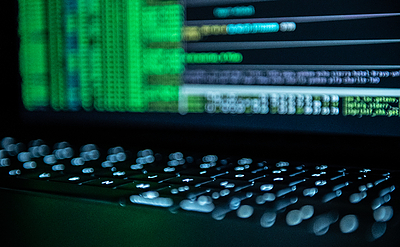 Deputy Secretary of the National Security and Defense Council (NSDC) of Ukraine Serhiy Demedyuk accused hackers associated with the intelligence services of Belarus of cyber attacks on Ukrainian departments. He spoke about this in an interview. Reuters.

As Demedyuk specified, hackers from the UNC1151 group, which “is engaged in cyber espionage and is associated with the special services of the Republic of Belarus,” are behind the attack. He also expressed confidence that what happened was a front for “more destructive actions that are taking place outside the public eye.”

Hacker attack on Ukrainian government websites happened on the night of January 13-14. The websites of the Cabinet of Ministers, the ministries of foreign affairs, education, sports, energy, agricultural policy, as well as the state emergency services were unavailable. A message from hackers appeared on some of them, written in three languages, and badges with the coat of arms of Ukraine, the flag and a pig crossed out.

Later Communications Service of Ukraine named this hacker attack “the most powerful in four years.” Ukrainian Ministry of Culture accused in what happened Russia.