Answering the question whether he is ready to become the President of Armenia, Vardanyan noted that he was also asked about this “already for many, many interviews.” “Now, to want to lead the country in its current state, from the point of view of the ordinary Armenian society, that“ he wants to be the leader of the country, ”this must be an illogical person. Because the country is in a very difficult condition. The real future is completely incomprehensible, ”said the businessman.

The entrepreneur believes that at present there is an acute issue of preserving Armenia as an independent state, therefore, in such a situation, taking on the responsibility of becoming the head of the state should be a very brave and risky person. “Everything I say, I always say, if the elite that consolidates and together thinks that this is the right decision, whether it is me or someone else, any decision is possible, because I am ready to be both a shoemaker for my nation and a cleaner and a leader, ”Vardanyan said.

He added that in the question of whether to lead the country or not, the answer for him is very simple: “If I took responsibility, that I am one of those who are ready to take responsibility for the future of Armenia, including for this I, then must be ready for any position and for any position, which may be like this or may be completely different. ” “For example, an ambassador to Guatemala, if it is important for Armenia,” Vardanyan added.

On November 16, fighting broke out on the border between Armenia and Azerbaijan, on the territory that was controlled by the unrecognized Nagorno-Karabakh Republic before the war at the end of last year. During the shelling, one Armenian serviceman was killed, another 13 became prisoners of war, reported Ministry of Defense of Armenia. Azerbaijan announced the death of seven soldiers and ten wounded.

Baku and Yerevan accused each other of escalating the conflict. The secretary of the Armenian Security Council Armen Grigoryan said that the country’s authorities appealed to Moscow with an appeal to protect the lands of Armenia under a 1997 bilateral agreement. He noted that, if necessary, the country uses the CSTO settlement mechanisms.


What Putin, Aliyev and Pashinyan will try to agree on in Sochi 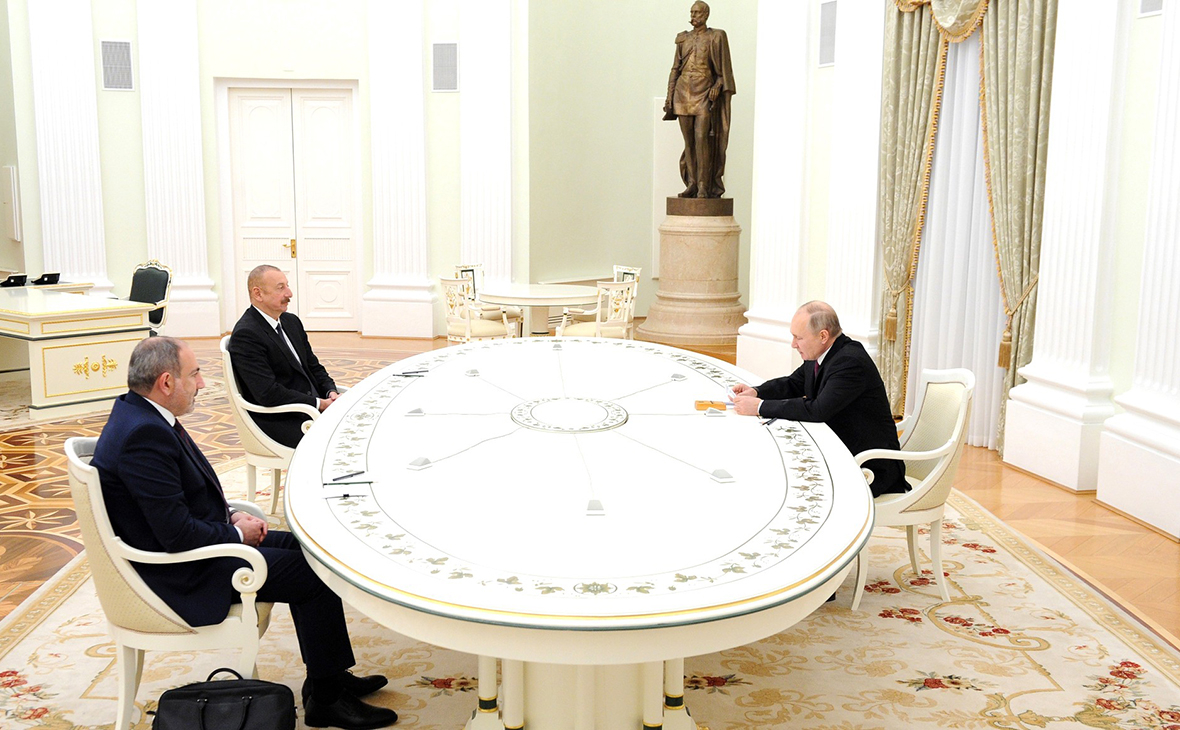 The telephone talks with the Ministers of Defense of Armenia and Azerbaijan Suren Papikyan and Zakir Hasanov were then held by the head of the Russian Ministry of Defense Sergei Shoigu. On the same day, the situation on the Armenian-Azerbaijani border with the Prime Minister of Armenia discussed Russian President Vladimir Putin. Soon Armenia and Azerbaijan stopped military actions.