The International Ski Federation confirmed the use of banned fluorinated lubricants at the Scandinavian Cup, which was held in Falun. This was announced by FIS racing director Pierre Miniere. The news sparked outrage among the Norwegian coaches and skiers taking part in the competition. However, as noted by Russian experts, the fraud using illegal substances will continue until technology appears that can accurately determine the presence of fluoride on skis.

Ahead of the Beijing Olympics, a skiing scandal erupts over lubricants. Swedish and Norwegian athletes used banned, fluorinated materials at the Scandinavian Cup in Falun last week. This was confirmed by the racing director of the International Ski Federation (FIS) Pierre Migneuil. He received a report from the head judge of the competition.

According to him, some individuals have confessed to using products with C8 fluorocarbons. How and why they did so is not reported in the report, the official said.

The names of the violators were not disclosed. In addition, the skiers have not formally violated the rules. The Scandinavian Cup is not on the list of events where the use of fluoride is prohibited. 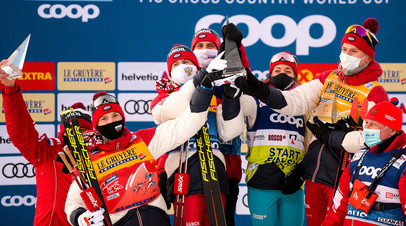 “The task is to fight for awards”: the composition of the Russian national skiing team for the Olympic Games in Beijing has been determined

The Cross-Country Skiing Federation of Russia announced the composition for the Olympic Games – 2022. There was no place in the team for sprinter Gleb Retivykh, …

However, the tournament participants and coaches were outraged by such behavior of their colleagues. Norwegian specialist Torstein Drivenes, whose wards performed at the competitions, said that it was a big surprise for him to hear about the use of illegal lubricants by skiers.

“I am shocked – especially from the fact that people deliberately cheat, stoop to this. This is not fair play. This is morally reprehensible. I expect a tough reaction from the athletes, ”the specialist said.

“I’ve never been so angry about cross-country skiing. This is a scam at its worst. Someone deliberately cheated, and it pissed me off as hell. The rules are based on trust, and now that trust is undermined. This should not be so, it is necessary to take action. I feel like my cup is full. We spend a hell of a lot of time, money and energy with a tiny bit of hope to reach the top of the world. This is what the athletes and I live by. And now we are faced with blatant fraud. This is such a provocation that I just can’t find words, ”Bjoland wrote.

However, the athletes themselves did not notice the fraud. Howard Solos Tögböl, a member of the Norwegian cross-country skiing team, who took part in the Scandinavian Cup, said that he only drew attention to the poor performance of his own skis.

“I haven’t heard anything about it. But Sindre Björnestad Skar and I agreed on Saturday that skiing was not completely optimal. We only noted that the glide is better for others, nothing more, ”said Teugbyol.

According to the four-time Olympic champion in biathlon Alexander Tikhonov, there is nothing unusual about the situation at the Scandinavian Cup. Everyone tries to cling to any chance of winning.

“If this process is prohibited, then, of course, this is all fraud. And this is far from news. Everyone is trying to win and grab every chance. They will do whatever they want to achieve the goal, “Tikhonov said in an interview with Sport-Express.

No direct evidence to be found

High-carbon fluoride waxes (C8) were banned last summer by the FIS and the IBU under European Union regulations. They are considered harmful to the environment. However, according to the senior coach of the Russian national skiing team Yuri Borodavko, it is these substances promote good glide…

“Fluoride lubricants perform much better in warm weather than formulations made from saturated hydrocarbons. The colder it is, the less noticeable the difference, ”he noted.

The main problem with this rule is the impossibility of monitoring its observance. The introduction of a technology that will instantly detect the presence of a fluorinated ski lubricant has been delayed by organizations until the end of the season. So far, the device is only being tested during the competition without penalties. It is not fully calibrated and may show the presence of a C8 fluoride product even on skis that have been cleaned several times as recommended.

In the absence of a special device, the organizers check the substances that are in the wax cabins. Periodically, fluorinated greases can be found. So, recently, Lithuania and Moldova were fined in biathlon competitions. IBU Sporting Director Felix Bitterling noted that they had used packaging openly.

“Two teams were identified who openly violated the rules and were found to have old C8 products. They were fined several thousand euros. In case of a repeated violation, there will be a more severe punishment and de facto suspension, ”the specialist noted.

At the same time, Bitterling explained that the IBU only checks the products available in the wax booth, but cannot yet prove their actual use.

However, in most cases, the teams do not find anything during the inspection. At the same time, as one of the foreign servicers, who wished to remain anonymous, told the Championship portal, skiers and biathletes continue to use the stocks that were purchased earlier.

“Nobody will shoot themselves in the foot – all the teams prepare their skis with the means that are left in stock. With fluorine C8, of course. It is impossible to prove the violation, namely the use of fluorine, and there is no device. How are servicers checked now? Representatives of FIS come, look at the funds that are in the suitcases. But there, after all, only what is allowed – but in reality everything is different. As far as I know, as soon as the decision was made to ban fluorine, the Norwegian service brought trucks to the manufacturers’ warehouses and completely bought all the funds from C8. I think they have no problems, ”the source of the publication shared the information. 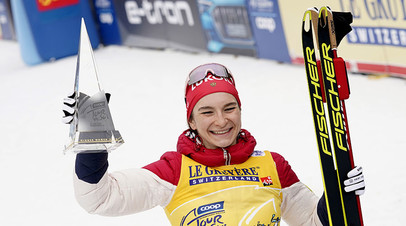 The Conqueror of the Crystal Mountain: Nepryaeva was the first Russian skier to win the Tour de Ski

Natalya Nepryaeva became the first Russian skier to win the Tour de Ski. In the final skating mass start with …

In addition, lubricant manufacturers are not always honest. According to NRK, the IBU found banned substances in several Swix products, although the packaging said the grease was EU approved. As a result, during the stage of the Biathlon World Cup in Oberhof, Germany, company representatives collected rejected powders from service workers.

The situation turned out to be very unpleasant for many teams. In particular, the Norwegian national team bought exclusively Swix products, and now the service team will have to get acquainted with substances from other manufacturers. At the same time, the teams themselves were not punished.

According to Wart, while there is no device that determines the presence of fluorine directly on skis, it makes no sense to pay attention to such things at all.

“All this talk is in favor of the poor. When there is official information, then it will be possible to comment on something. At the moment, this is generally not worth paying attention to. It only piques interest and is of no benefit. When special devices appear that will record the presence of fluoride in skis, it will be possible to make some assumptions, but for now they are worth nothing, ”says Borodavko.

According to the Olympic champion Evgeny Dementyev, it is difficult to prove the fact of fraud.

“They cannot punish in any way, because, apparently, this is not documented in any way. Maybe this is a specially fabricated case. Against the background of Russia, this would also be difficult to do. You can only catch the athlete by the hand. It is one hundred percent difficult to determine fluorine for skis. The machine does not give a guaranteed result, “- said Dementyev.

Safiullin lost to Sinner at the ATP Cup, Italy took the lead with Russia