While there was no clarity about the meeting in Sochi, it became known that Pashinyan and Aliyev would meet on December 15 at the Eastern Partnership summit in Brussels. About it announced President of the Council of Europe Charles Michel. “The leaders agreed to meet in Brussels to discuss the situation in the region and how to overcome tensions for the sake of a prosperous and stable South Caucasus, supported by the EU,” the statement said.

This strongly disliked Moscow, which at that time had been pushing for a meeting from the parties for more than a month with the mediation of Russia, says a Russian diplomatic source. It looked like the parties to the conflict, and first of all Armenia, despite all the efforts that Russia made to resolve it, preferred to communicate with each other not through Moscow, but with the help of the European Union, explains the interlocutor of RBC. It was the unwillingness of Yerevan that prevented the heads of state from meeting in Russia, he notes. President Aliyev back in early October statedthat he is ready to negotiate with Pashinyan “at any time.”

What the three leaders will try to agree on

One of the main topics that the leaders of the countries will discuss is the creation of a commission on delimitation and demarcation of the border (after 1991 this was never done). At the beginning of the week, Pashinyan confirmed that a “potential document” on the creation of such a commission would be discussed during the talks.

Since the end of the war, clashes between the parties have taken place more than once. Ten days ago, on November 16, on the border of the Syunik region of Armenia and the Kelbajar region of Azerbaijan, a full-fledged battle began for several hours with the use of armored vehicles and artillery. Several people were killed on both sides, 13 Armenians were captured. This is the most serious incident between countries in the past year.


Yerevan and Baku cease hostilities after negotiations with Shoigu 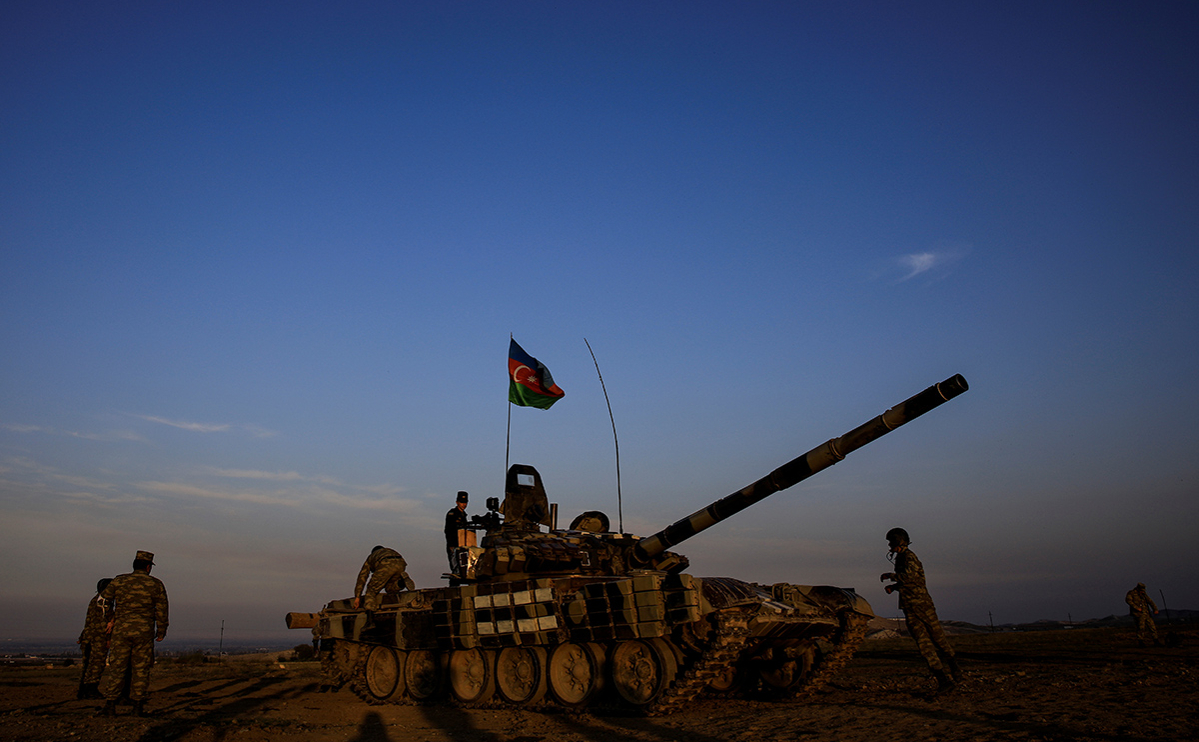 The place where the shootout took place is one of the most problematic sections of the border. Constant tension is caused by the fact that the Kelbajar region, which was previously controlled by the unrecognized Nagorno-Karabakh Republic (NKR), passed to Azerbaijan after the war, and where there was actually an administrative border between Armenia and NKR, an interstate border of two warring countries arose. The first serious incident occurred on May 12 last year – then the Azerbaijani military entered the Black Lake region (Sev Lich), but they managed to avoid firing. On both May 12 and November 16, Yerevan orally turned to Moscow for military assistance (no written appeal was sent), since it considers this an encroachment on its territory, and Russia is bound by a bilateral agreement, according to which it must protect an ally.

According to the maps of the Soviet General Staff of the 1970s, which Moscow is guided by, Azerbaijan really violated the Armenian border, two Russian diplomatic sources told RBC. However, Baku insists that it has more recent GPS maps, says one of RBC’s interlocutors. “It’s basically about Google Maps,” he notes. What documents should form the basis for the work of the future commission on delimitation and demarcation of the border is also still to be determined. “But the main thing is to start its work in general,” says a Russian diplomatic source. Russian President offered focus on the Soviet maps, along which the border of the Union republics passed, they are in the General Staff of the Armed Forces of Russia.

The issue of defrosting transport communications in the region has not been resolved either. A week ago, the parties continued to discuss the sequence of opening the roads, says a Russian diplomatic source. Two days before the talks in Sochi, November 24, Azerbaijan and Armenia visited Deputy Prime Minister Aleksey Overchuk – from the Russian side he leads the delegation in the trilateral working group. In both capitals, he was received by the leaders of states.

About what proposals are on the table of deputy prime ministers, previously wrote to RBC… The most profitable for Azerbaijan is the road through the Syunik region of Armenia in the south along the border with Iran – this is the shortest route that can connect the country with the autonomous Nakhichevan. Armenia insists that the restoration of the branch through Ijevan begins simultaneously with this road. Both of these roads worked during the Soviet era, but over the 30 years of the conflict in Nagorno-Karabakh, they were either dismantled or destroyed. In addition, Yerevan is proposing to unblock the Yerevan-Tbilisi-Baku railway now. Azerbaijan, however, insists that the road through Meghri should be opened first, and then all other routes.

The police began to check after Volochkova’s statement about the theft of 1.7 million rubles. – RBK