When the stars meet. Synek and Drysdale on rivalry: Like fighting with a friend

Forty-three-year-old Drysdale underwent a 32-hour stretch from New Zealand to the Czech Republic for Synko’s farewell exhibition. Would he hesitate? No way.

“It’s definitely worth it,” he says. “It was a great idea. Even though the journey was really long and I know it will hurt.’

They were great rivals on the water, they didn’t give each other anything.

On land, however, they became good friends, which they remain even after the end of their careers.

When therefore Son at the venue of this year’s world championship, he was planning a farewell race to his sporting life, it was clear: Drysdale must not be missed.

“We will no longer be at the peak of our careers,” smiles the New Zealander. “But I’m sure the competitive spirit will still be there.”

On the water, friendship aside

It will be a bit of a breath of the old days. Both were among the best the rowing world had to offer. They jointly won five world titles. Each had three Olympic medals – Drysdale two gold and a bronze. Son two silver and bronze. 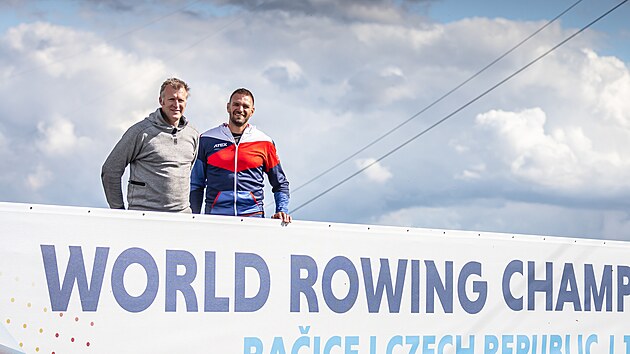 Mutual rivalry pushed them. They agree that she was the reason they were so successful.

“On the water, there didn’t seem to be any friendship at all in the beginning. Everyone drove for themselves,” recalls the thirty-nine-year-old Czech. “But it was different on land. We met, talked about races, about life.’

Drysdale had a similar feeling. “It was like having a fight with a friend. You drove against each other, but then you had a beer and talked about how good you are. And that’s how it was until the next race, before the other one beat you,” laughed the New Zealand nice guy.

It often happened that the races were just about the two of them. They raced to the finish line with a big lead over the others. Side by side.

“For example, I remember the 2015 World Championships in Aiguebelette,” recalls Drysdale. “With a hundred meters to go, we were next to each other and could look at each other. In the end, only the finish photo decided, which also happened at the Holland Beker regatta in 2011.” 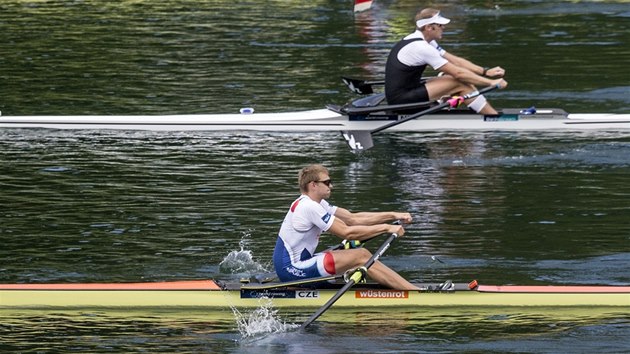 SIDE BY SIDE. Ondřej Synek and New Zealander Mahé Drysdale at the regatta in Lucerne.

In both cases, the films identified Synek as the winner. “And then I had them displayed on the wall for a long time,” adds Drysdale. “They reminded me what to do better in the next races.”

They were alike in that.

Neither was satisfied with second place. Each loss in the head-to-head battle fueled them.

“That bonded us,” Drysdale recounts. “We knew that if you’re not at your best, you’re not going to beat the other guy. You had to think about it all the time. It was special.”

Thanks to this, Synek defeated the New Zealand sok at his home world championship in 2010 on Lake Karapiro.

“The victory over Mahé is what I remember the most,” says the Czech champion. “It was my first World Championship title. An incredible atmosphere, an awful lot of people, great emotions.”

The memory of the world triumphs over Drysdale, however, understandably has more. “Maybe in 2014 in Amsterdam, 2015 in Aiguebelette. And I also remember the year 2011, when I lost on Lake Bled. It was a little bit there too, wasn’t it, Mahé?” he turns to the judge. He nods.

They built their friendship gradually.

When they started racing against each other in 2005, there was a language barrier between them. “In 2009, however, they invited us on a ship to London,” recalls Synek. “Then I started learning English seriously and learned a little. That’s how we built our relationship more and more.”

They became friends, and when they went to England in the following years, they lived together with their families.

“But we also met other competitors,” says Synek. “Rowing is a sport of friends and normal people. Even personas can meet, sit down and be friends.” 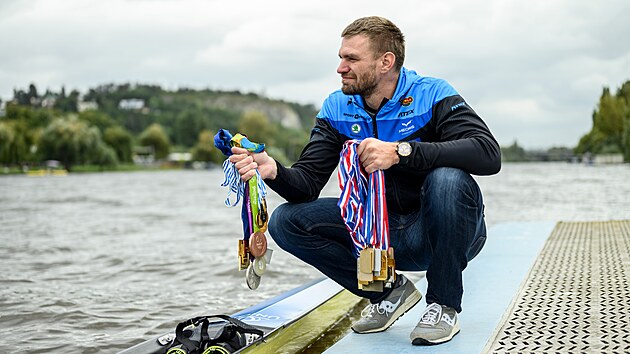 A VALUABLE COLLECTION. The most successful Czech rower in history Ondřej Synek with his medals from major events.

“We’ll have a few beers with them too,” Drysdale is looking forward to.

Synek and Drysdale’s sporting journeys parted ways in 2021, when the New Zealander announced his retirement after not being nominated for the Tokyo Games.

My son died a few months after him. He too longed for an Olympic start, but health problems stopped him.

They haven’t seen each other much since then. Sonek became the sports director of the rowing association and is in charge of the national team, Drysdale started a career as a financial advisor.

“It’s quite a different life,” describes the New Zealander. “I don’t go to the water. I wanted to a few times, but I had other obligations. Maybe I was taking care of the family. During the last year, I spent a lot of time only on the mountain bike, on which I accomplished several challenges that I could not do before.”

Even Synek did not go out on a skiff so many times after the end of his career. He describes how he gained twenty pounds. How she doesn’t have any calluses or blisters on her hands.

“We agreed that two hundred meters would go. But then it will hurt,” he looks ahead to Sunday’s five-hundred-meter exhibition. “But I don’t think anyone’s going to want to let it go and just say it with devotion.”

The rivalry of the giants will thus come alive again for a while.